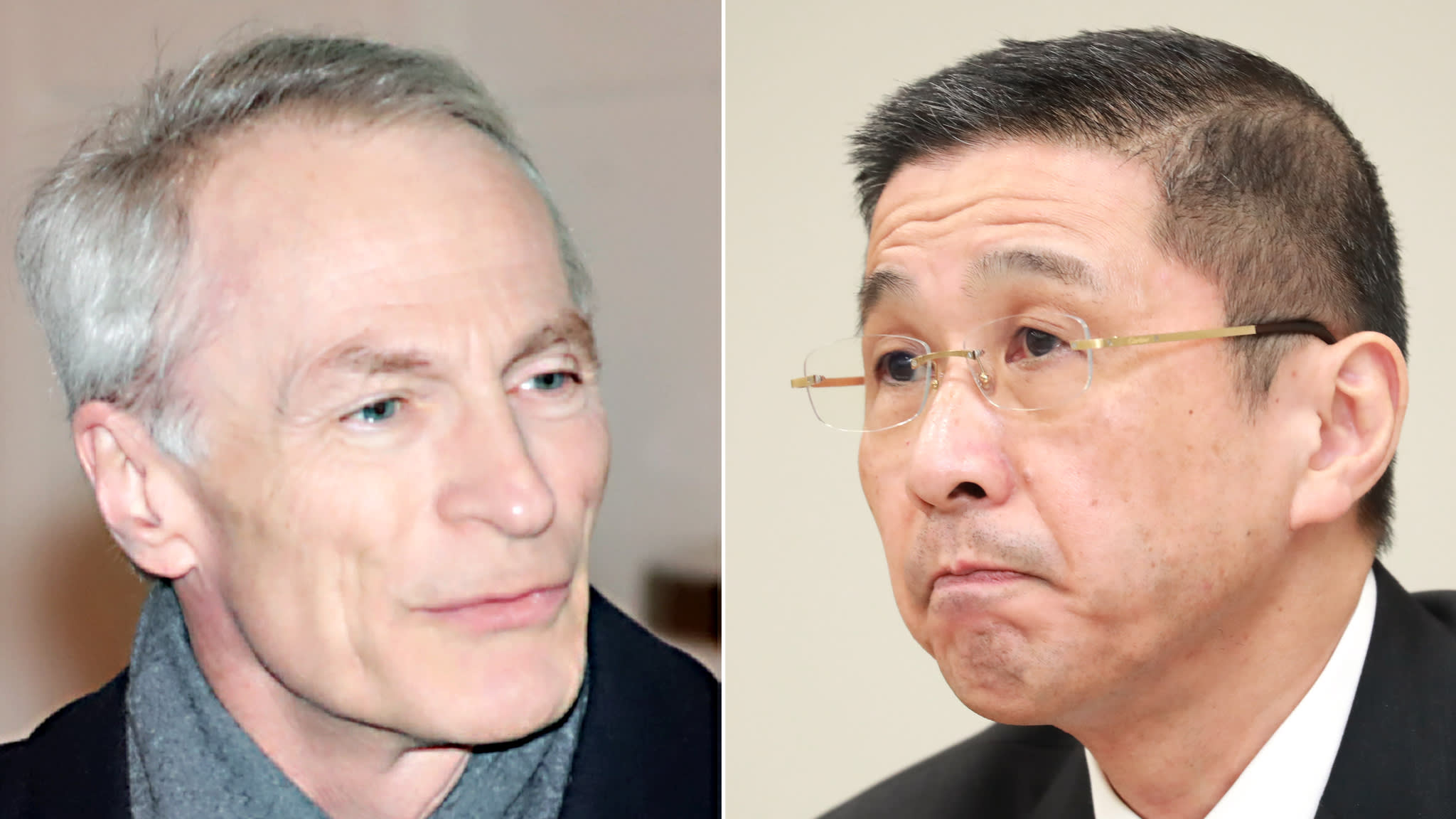 PARIS -- Nissan Motor and Renault leaders this week set aside their struggle for control over the alliance to deal with the more immediate problem of sluggish sales in China and the U.S., the world's largest auto markets.

New Renault Chairman Jean-Dominique Senard met with Nissan CEO Hiroto Saikawa in Japan on Thursday and Friday to work on mending a relationship strained by the arrest of alliance linchpin Carlos Ghosn.

The two leaders met, Saikawa told reporters Friday night, because "there are concerns with our operations, and things that can be improved."

After Ghosn's arrest in Japan last November, Renault and the French government, its largest shareholder, pushed hard to nominate his successor as Nissan's chairman. But since Senard replaced Ghosn as Renault chairman last month, with Thierry Bollore taking over as CEO, the French automaker has adopted a less confrontational and more dialogue-oriented approach.

The shift stems from the "concerns" that Saikawa alluded to -- namely, trouble in key markets. In China, Nissan's sales volume has fallen year over year for five straight months, and the automaker is reducing output by about 30,000 vehicles by March. Saikawa described the world's top auto market as having reached a "plateau."

The Japanese automaker's strategy in the U.S., a core market, still depends on profit-reducing sales incentives. Nissan's North American operating profit for the nine months through December was down about 60% from three years earlier.

Reflecting this weakness, the company has lowered its overall net profit projection for the fiscal year through March 31.

Meanwhile, Renault remains as reliant as ever on Europe, which generates half its global sales. Sales in the Asia-Pacific region, excluding a new Chinese joint venture, dropped 15% by volume last year on a poor showing in China. Sales also sank 16% in Africa, the Middle East and India after fresh U.S. sanctions forced the automaker to withdraw from the Iranian market.

Britain's upcoming exit from the European Union poses risks to both companies. Nissan has already scrapped plans to build the X-Trail sport utility vehicle in the U.K. While Renault said it expects the European market to be "stable" this year compared with 2018, this assumes no "hard Brexit" scenario of the U.K. crashing out of the EU without an exit deal.

Within the alliance, Renault depends heavily on Nissan, in which it holds a 43% stake. The Japanese automaker contributed 2.8 billion euros ($3.16 billion at current rates) to Renault's profit in 2017 -- equivalent to more than half the French company's net income. But last year, Nissan's contribution tumbled to 1.5 billion euros because the Japanese automaker's earnings fell.

Renault also benefits from Nissan shouldering much of the necessary research and development spending for new technologies like automated driving, as well as for shared vehicle platforms and components.

A plan announced in 2017 for the three-way alliance with Mitsubishi Motors calls for vehicles built on common platforms to account for more than 9 million of the 14 million autos to be sold by the trio in 2022. By that year, the allies aim to double annual synergies from their partnership to 10 billion euros from the 2016 figure.

Bollore has called the alliance "one of our most valuable assets." As growth prospects dim in the U.S. and China, the strategy of allying to survive appears likely only to grow in importance.

But over this looms the question of who steers the alliance.

Asked about the appointment of a new Nissan chairman to replace Ghosn, Saikawa replied that the matter is "not at the discussion stage." Bollore gave a similarly noncommittal answer in a news conference Thursday at the automaker's headquarters outside Paris.

The CEO said he and Senard "agreed that we must guard against concentration of power while respecting each other's autonomy and stakeholders."

A governance reform committee set up by Nissan held its third meeting on Friday, discussing such topics as separating management and oversight roles that had been unified under Ghosn.

Keiichi Furukawa in Tokyo contributed to this report.