Nissan and Renault race to find footing in changing industry 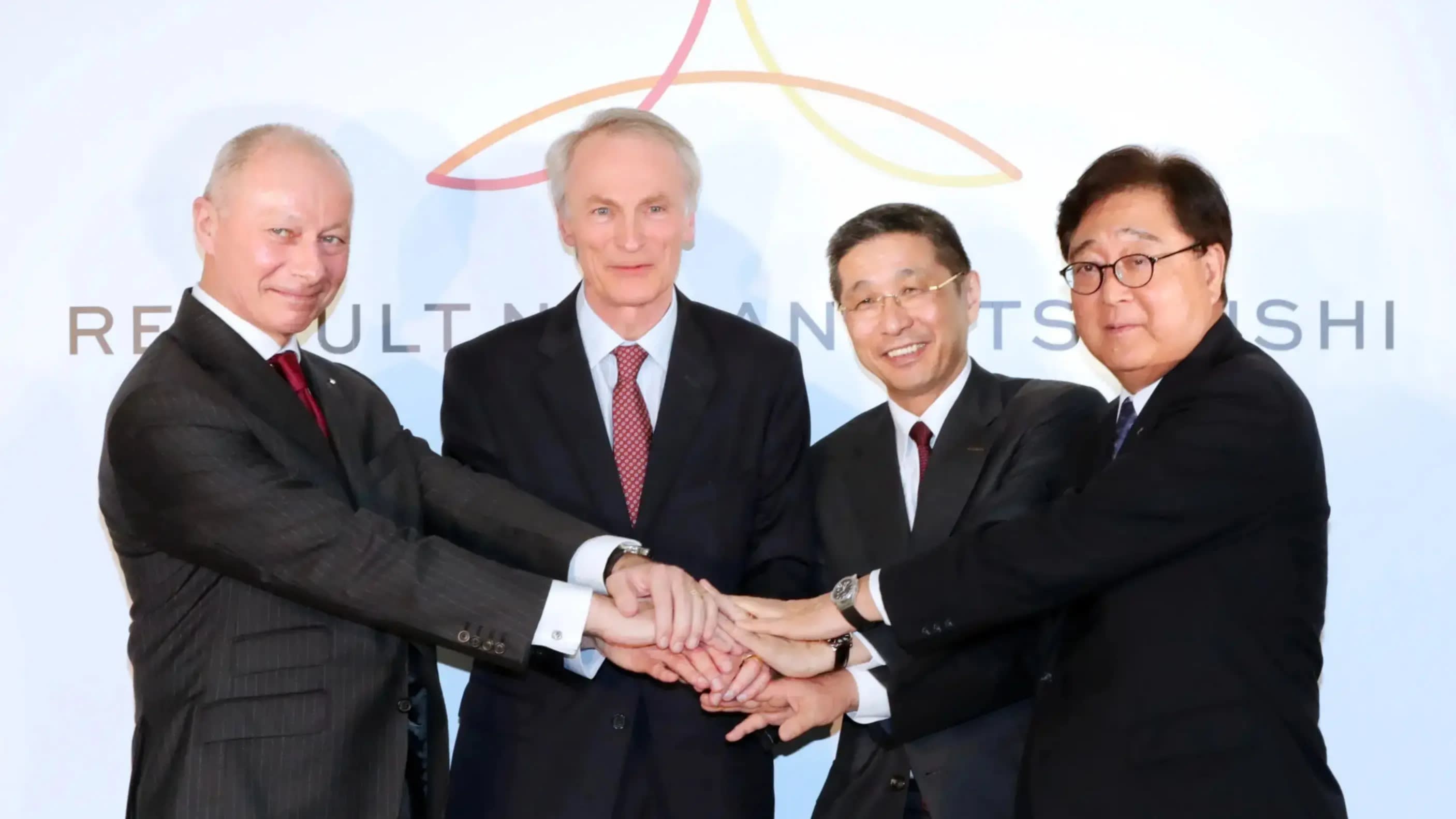 TOKYO -- The decision-making board announced by Nissan Motor, Renault and Mitsubishi Motors aims to end the leadership vacuum that has left the alliance playing catch-up, but does little to resolve the tensions that have flared up in the absence of former chief Carlos Ghosn.

In a news conference Tuesday at Nissan's Yokohama headquarters, Renault Chairman Jean-Dominique Senard expressed confidence that the change in structure would improve cooperation within the alliance and improve its competitiveness.

Nissan President and CEO Hiroto Saikawa also called it a "big step" for the trio.

The new alliance operating board will represent a shift to consensus-based decision-making, replacing the old system in which Ghosn held almost total control. The hope is that it will also help mend a cooperative relationship that broke down after Ghosn's November arrest on financial misconduct charges.

In electric vehicles, for example, the automakers have clashed over procuring batteries -- something that would normally be a strong point for the alliance, which deftly leverages economies of scale from producing more than 10 million vehicles a year to bring down purchasing costs.

Mitsubishi Motors is working on its own separate sourcing strategy, apparently frustrated that Renault, which has lagged behind its Japanese partners in electric autos, is in charge of drawing up the procurement plans for the alliance.

Ghosn's absence is affecting important business relationships as well. Germany's Daimler announced last month a broad tie-up with compatriot BMW in areas including autonomous driving. Daimler, which has a nearly decade-long partnership with Nissan and Renault, looked outside it to develop technologies that will be crucial to future competitiveness.

Without Ghosn around, "our future with Daimler is murky," a Nissan executive said.

The auto industry is undergoing a once-in-a-century shift, and the longer the vacuum at the top of the alliance lasts, the harder it will become to make up for lost time.

Under the new system, decisions will need to be approved by all four members of the new board: Senard, Saikawa, Renault CEO Thierry Bollore and Mitsubishi Motors Chairman and CEO Osamu Masuko. While Senard will serve as chairman, he will not have the sort of authority that Ghosn held, a Nissan source said.

But this could make it harder to quickly choose a course of action when alliance members' views differ.

Ghosn told his lawyers Tuesday that he was "worried" about Nissan because it will need "strong leadership to support" its management.

While Ghosn has been criticized as autocratic, his leadership enabled him to rein in each company's individual interests and do what he considered best for the alliance as a whole. That may not continue under the new collective leadership system.

Senard seems to be prioritizing smoothing over tensions and getting the post-Ghosn era underway. He said Tuesday that he is "not seeking to be the chairman of Nissan," a nod to the Japanese automaker's longstanding resistance to the prospect of being controlled by its French partner. Ghosn chaired both companies as well as Mitsubishi Motors.

Senard also alluded to other points of contention, including a push by the French government -- Renault's largest shareholder -- to integrate Renault and Nissan, as well as the French side's previously stated intention to pick Nissan's next chairman. Senard said that while he respects Paris as a shareholder, he wants to focus on the future.

The new system will not affect the Restated Alliance Master Agreement that sets the terms of the Renault-Nissan partnership. The agreement stipulates that Renault is limited to naming one fewer director to Nissan's board than the Japanese company itself appoints, and that Renault cannot oppose Nissan board decisions at shareholders meetings.

This arrangement seems unfair to the French automaker, which cannot exert as much control over its Japanese partner's management as its 43.4% stake should allow. Nissan, meanwhile, has long been frustrated that Renault, despite being much smaller, holds so much power purely by virtue of the cross-shareholding relationship. Nissan owns just 15% of Renault, with no voting rights.

Senard said Tuesday that the companies are not currently discussing reworking the capital relationship and that the new system will have no effect on it.

Saikawa also indicated that the integration issue would be shelved for at least the next several months. "I want to confirm what we ought to be doing rather than expend energy on outwardly visible integration," he said.

But the alliance, which is coming up on its 20th anniversary March 27, will eventually need to confront these deep-rooted issues. Much hinges on whether the new leadership and the consensus-based system can break down the barriers between the French and Japanese sides.