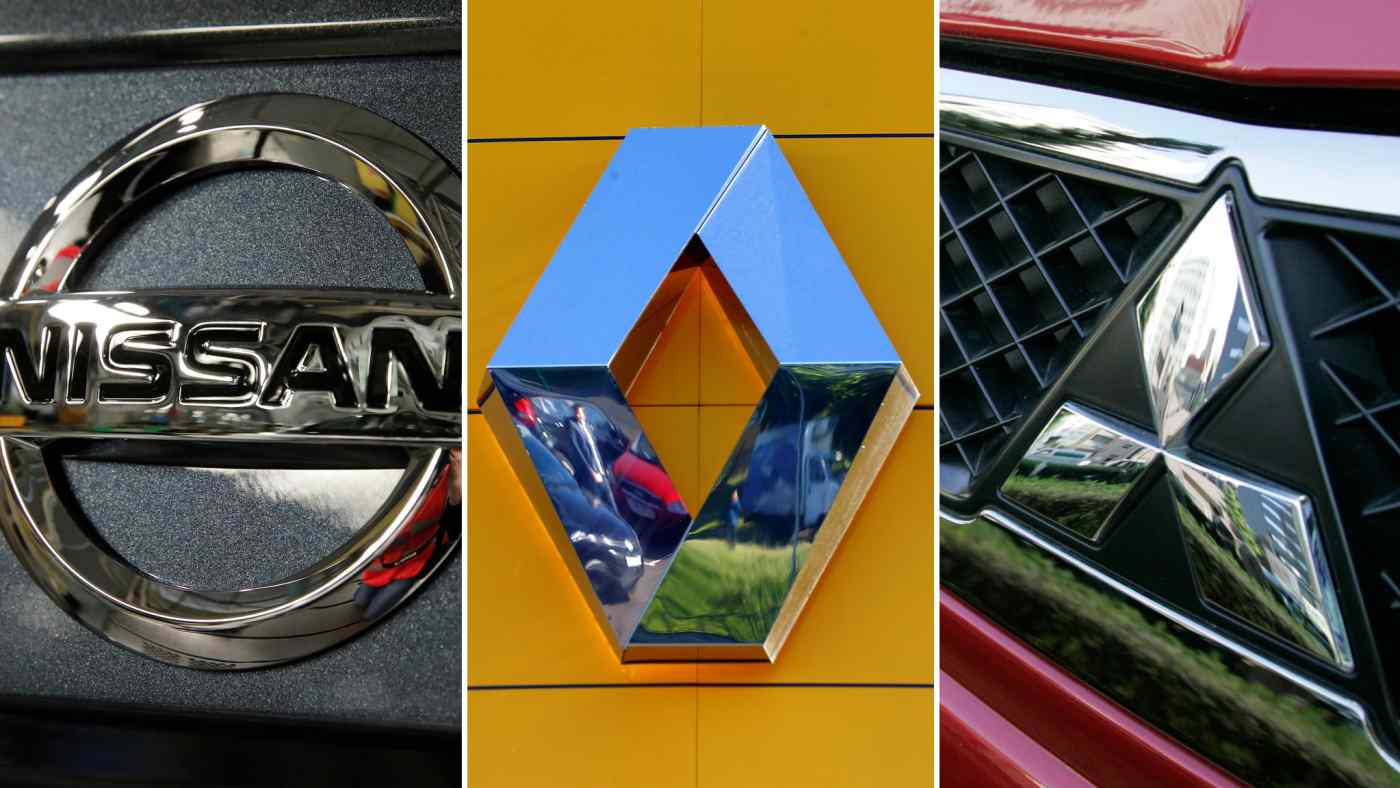 Nissan has been frustrated that much of its profits have been absorbed by Renault in recent years.   © Reuters
MASAMICHI HOSHI and AKITO TANAKA, Nikkei staff writersNovember 20, 2018 03:58 JST | Japan
CopyCopied

TOKYO -- With the arrest of Carlos Ghosn, the driving force behind the triple alliance of Renault, Nissan Motor and Mitsubishi Motors, the three automakers must now find a way to preserve the arrangement that was held together by his presence.

"We are working to ensure that there will be no impact on the three companies' partnership," Nissan CEO Hiroto Saikawa said at a news conference Monday night.

Mitsubishi Motors said Monday night that it plans to remove Ghosn as chairman. Renault is also expected to hold a board meeting Monday to decide how to deal with him.

The Renault leadership has "acknowledged the contents of Nissan’s press release of today," the French automaker said in a statement on Monday. "Pending provision of precise information from Carlos Ghosn ... the directors wish to express their dedication to the defense of Renault’s interest in the alliance," it said.

With none of the three holding a majority stake in each others' shares, the alliance is not concrete. The French government, wanting to increase Renault's sway, apparently approved Ghosn's reappointment as CEO through 2022 in June on the condition that he would establish an irreversible framework for the partnership. 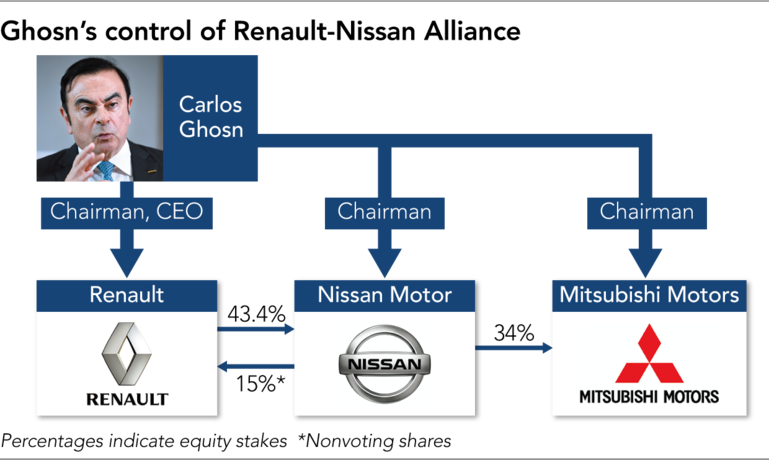 But the fact that Renault has absorbed much of Nissan's profits was a source of frustration at the Japanese company. Nissan accounted for about half the French automaker's net profit in 2017 and has contributed more than 50% for the past several years.

"There could be more disagreements over strategy, and the power struggles may intensify among the three companies," Takaki Nakanishi of Nakanishi Research Institute said. "Ghosn was the centripetal force upon which the alliance was founded. Discussions over how to restructure are likely to be chaotic because that premise has crumbled."

The three automakers planned to sell 14 million cars in 2022, a roughly 40% increase from current levels, and to double synergies to 10 billion euros ($11.5 billion) per year, according to their middle-term strategy. The arrest of the founder and chief architect of the alliance will have an inevitable impact on these plans.

The alliance is built on an unusual framework. The international headquarters is located in Amsterdam through Renault-Nissan B.V., a 50-50 venture between the French and Japanese automakers. RNBV crafts mid- to long-term strategies for the alliance and decides how to allocate resources among the three companies.

It is, in effect, a holding company led by Ghosn.

"Ghosn has gathered power around himself and created a framework for managing the alliance that cannot work without him," said one veteran executive at Nissan.

"Too much authority is concentrated in one person," Saikawa said Monday.

Nissan and Renault have played tug of war for leadership in the past. The French government, Renault's top shareholder, for instance, sought to seize virtual veto power for both automakers in 2015 when France introduced the Florange law, which grants double voting rights for shares registered more than two years.

Only after heated discussions and threats did Paris agree not to interfere in Nissan's management decisions.

Ghosn tried to strengthen cooperation while maintaining the independence of each company. Under new leadership, that dynamic may change.

At a time when the alliance is most needed due to rapid changes in the auto industry, with self-driving and electrification technologies, the group now must find its way without a leader.