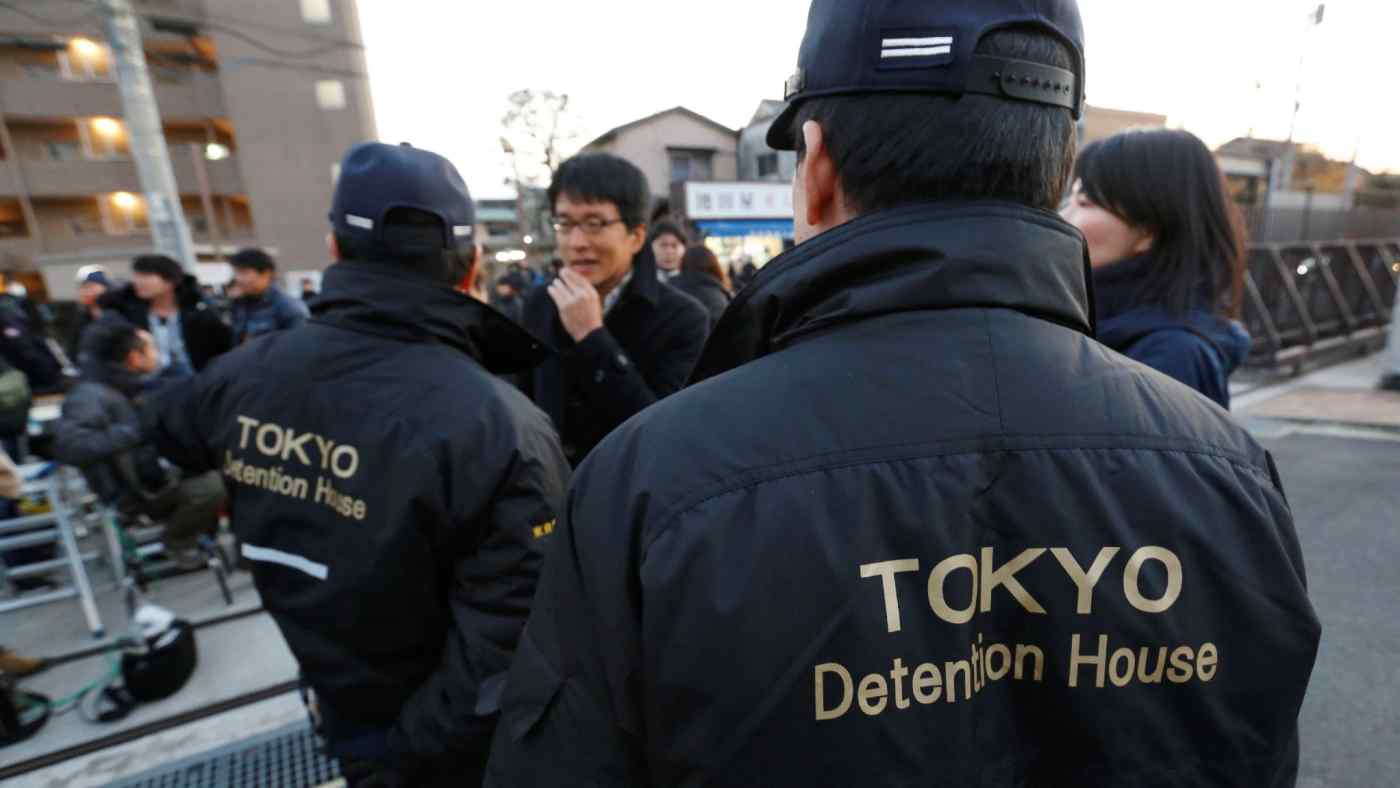 TOKYO -- Just before his expected release, Carlos Ghosn was arrested for a third time on Dec. 21 in a bid by prosecutors to extend his detention. The new allegations hold that the ousted chairman inflicted losses on Nissan Motor by passing on his personal losses, altering the dynamics of the case.

Unlike the previous two arrests for understating income, for which Nissan itself was also charged, the automaker would be a victim of Ghosn's actions in an aggravated breach of trust case.

"Things as they stand are absolutely unacceptable," Ghosn was quoted as saying through his lawyer. "I want to have my position heard in court to restore my honor."

Prosecutors previously arrested Ghosn on two separate charges of understating income over a five- and three-year period. On the condition of a 40-day maximum detention, they continued to investigate him for other crimes as well.

As criticism mounted that prosecutors were just buying time, a Tokyo court unexpectedly rejected a request to extend Ghosn's imprisonment. If bailed out, however, he would no longer have to answer to questioning.

Prosecutors had two options to continue their investigation while keeping Ghosn in their custody. The first was to appeal the court's rejection. The other was to rearrest him on new charges so they could continue to hold him.

Out of the allegations that have emerged -- free personal homes, consulting fees to his sister and family vacations on the company dime -- prosecutors decided that the strongest was the transfer of losses stemming from the 2008 financial crisis to the automaker.

The former chairman's asset management company invested part of his private funds in currency derivatives, according to sources. After the yen sharply appreciated during the financial crisis, however, it faced 1.85 billion yen ($16.6 million) in losses from swap contracts it had with Tokyo-based Shinsei Bank.

When the bank pointed out the company's collateral was insufficient, Ghosn allegedly passed on the personal losses to Nissan in October 2008. The move was met with resistance from some at the company.

In light of the opposition, the contracts were then moved back to Ghosn's asset management company with the help of a Saudi acquaintance who guaranteed the transaction. The prosecution has taken issue with a $14.7 million payment that was made by a Nissan subsidiary to this acquaintance's company during the period from 2009 to 2012.

The former chairman denies he had any intention of hurting the company, maintaining that there was ultimately no loss to Nissan because the funds were transferred again. He also said the money was compensation for work his friend did on behalf of Nissan. Prosecutors will have to establish their case by proving that Ghosn acted for his own benefit or that of a third party and that Nissan sustained a loss.

The two allegations were revealed not by the Nissan probe but by the prosecutors' investigation with the aid of testimony and materials from the head of Nissan's secretarial office, a Japanese citizen who was close to Ghosn for many years.

"The breach of trust charges were intended to be brought up early next year, but the schedule was probably accelerated suddenly," said Yasuyuki Takai, a lawyer and former prosecutor.

The focus now shifts to whether the courts will approve Ghosn's continued detention.

"There is a strong chance for up to 20 days detention since aggravated breach of trust allegations are complicated and have wide scope for evidence-gathering compared to misrepresentation," said Hiroshi Kadano, a former judge on the Tokyo High Court.

There is a possibility that prosecutors will be unable to complete their investigation now that their original scenario for keeping Ghosn in custody has crumbled, which may hinder efforts to substantiate their case.

"I thought that investigations for aggravated breach of trust were difficult," a Nissan executive said on Dec. 21, expressing his shock at the former chairman's third arrest.

Nissan and French partner Renault, meanwhile, will begin to negotiate in earnest over who will replace Ghosn. A deep rift has formed between the automakers over Ghosn's successor and how the alliance should be managed.

Nissan sacked Ghosn as chairman and representative director in November based on its internal probe and alliance partner Mitsubishi Motors did the same later that month, but Renault has kept him on as CEO.

"The rearrest for aggravated breach of trust represents a personal crime. It will probably have a significant impact on Renault," said a source close to the matter.

The French government, Renault's top shareholder, is apparently looking for a successor. Jean-Dominique Senard, CEO of tire maker Michelin, is among the candidates. With Ghosn's absence prolonged again, the French automaker is likely to step up efforts to replace its detained chief.

Despite reforms since 2001, Japan's justice system still remains an outlier internationally. Ghosn, for example, was unable to meet with his lawyers or family while in detention.

Like companies, prosecutors are also subject to increased scrutiny in this digital age. "Ghosn's third arrest could seen overseas as retaliation for making bail," said Takai. As globalization advances, the case could further isolate Japan's criminal justice system should it generate more criticism.