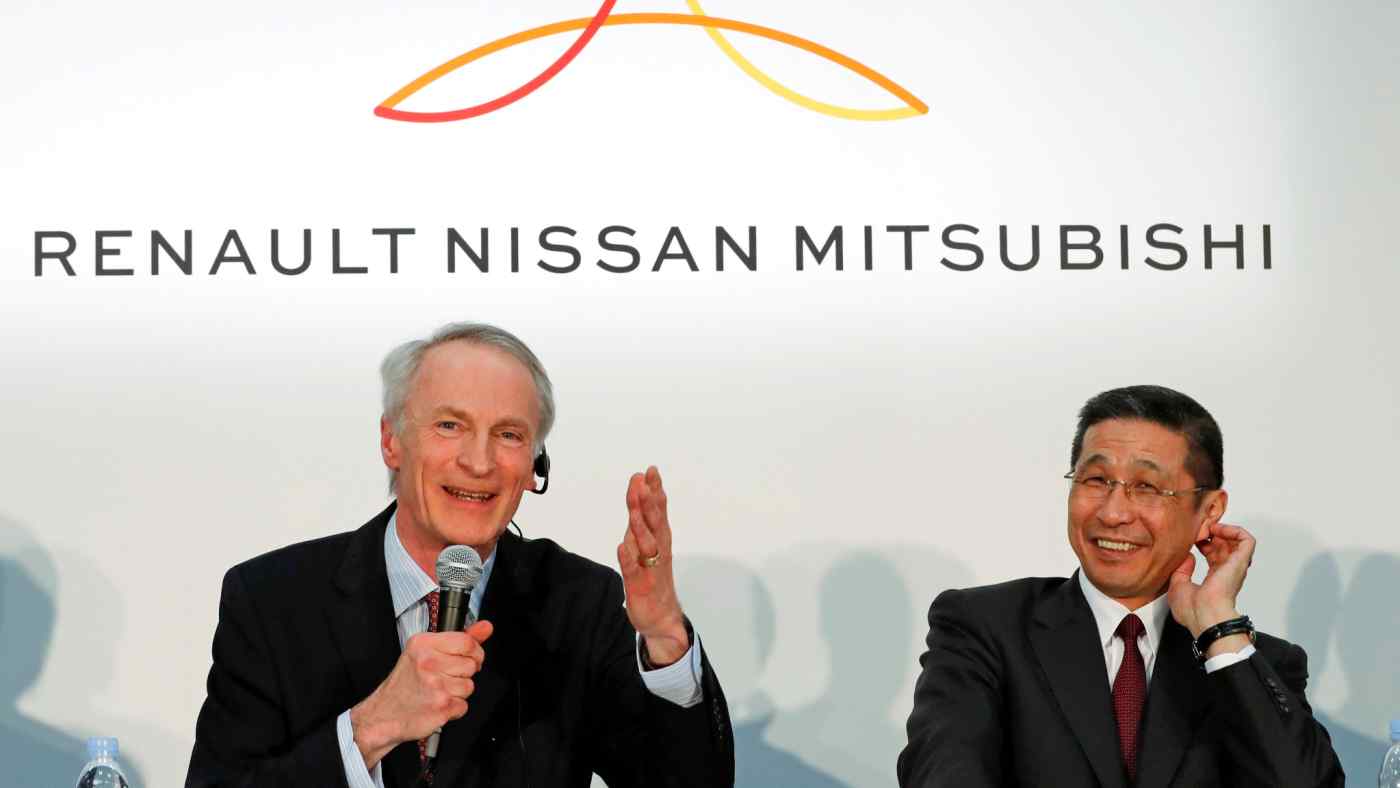 TOKYO/PARIS -- Renault and Nissan Motor have ended their dispute over the French automaker's representation on new committees at its Japanese partner, paving the way for reforms following the arrest of former Nissan Chairman Carlos Ghosn last November on charges of financial wrongdoing.

Nissan said on Thursday local time here that Renault will vote in favor of all proposals at its general shareholders' meeting on Tuesday, now that an agreement has been reached on leadership appointments.

Nissan hopes to have shareholders approve the establishment of nomination, compensation and audit committees. But Renault had threatened to abstain from voting if its demand for representation on the committees was not met. Because changes to Nissan's articles of incorporation require a two-thirds majority to pass, the committee proposal was almost certain to fail without the approval of Renault, which holds a 43.4% stake.

Renault Chairman Jean-Dominique Senard will sit on the nomination committee and CEO Thierry Bollore will join the auditing committee. Earlier, it was reported that Nissan planned to nominate only Senard for a seat.

Yasushi Kimura, adviser at oil refiner JXTG Holdings, is to serve as chairman of the board, under Nissan's plan. These appointments will be officially decided by the board following the shareholders meeting.

Renault "welcomes Nissan's decision to grant Renault's representatives a seat on the committees of the Nissan board," the French automaker said in a statement.

"The agreement reached on Renault's presence in Nissan's new governance confirms the spirit of dialogue and mutual respect that exists within the alliance," it added.