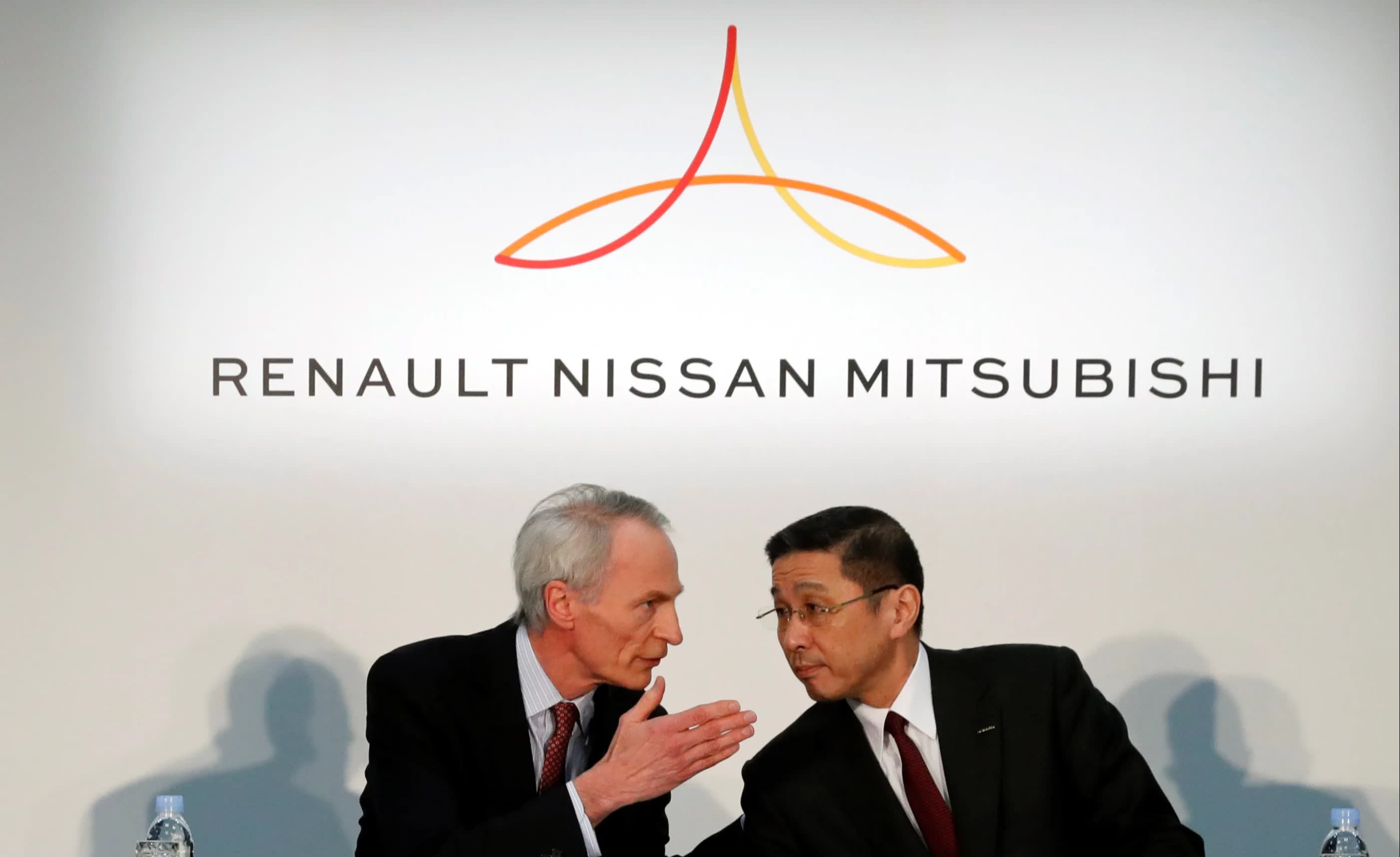 PARIS/TOKYO (Financial Times) -- Renault has told Nissan it will block the Japanese company's plan to overhaul its troubled corporate governance, further inflaming the fraught relationship between the two alliance partners.

The decision - revealed in a letter from Jean-Dominique Senard, Renault's chairman, to Hiroto Saikawa, chief executive of Nissan, on Saturday - marks an abrupt reversal of policy, and threatens to destroy months of work by Nissan.

Mr Senard's letter was sent just two weeks before Nissan's annual meeting, where the company had hoped to vote through a long-overdue transition from having statutory auditors to a governance system of three committees covering nominations, remuneration and audit.

According to people familiar with the letter - which has not been made public - Mr Senard wrote that, as a 43 per cent shareholder in Nissan, Renault had decided to abstain from the vote, thereby denying the proposal the two-thirds majority it needs to pass.

People close to the Japanese carmaker condemned the move as "outrageous and irresponsible".

The three committee plan, for which Mr Senard had personally voted several times in his role as a Nissan board director, arose from months of self-examination following the arrest last November of Carlos Ghosn, previously chairman and chief executive of both companies.

During his tenure, Mr Ghosn had been attempting to make the automaker alliance "irreversible", angering many within Nissan who also feared the influence of the French state within the group. Relations between the two companies have long been fraught, but have come under intense pressure since Mr Ghosn's departure.

Mr Senard had looked to restart merger talks with Nissan shortly after taking over as head of Renault in an effort to stabilise the relationship. But, after being rebuffed once more, he turned instead to Fiat Chrysler. Nissan was only informed of the talks with FCA at the last minute, further undermining trust between the two sides.

FCA pulled its merger proposal after the French state, which owns 15 per cent of Renault, demanded more time to ensure Nissan supported a tie-up.

French government officials say their decision to delay was spurred in part by Nissan's board representatives at Renault indicating they would abstain rather than vote in favour of the deal. And while finance minister Bruno Le Maire has publicly backed Mr Senard, some French officials have said privately that he assured them Nissan backed the deal, accusing the 66 year old Renault boss of being naive.

People close to Nissan have speculated that Mr Senard's intervention may represent an attempt to gain leverage over its alliance partner - either in expectation that FCA may come back to the negotiating table, or because Mr Senard wants to revive merger talks with Nissan.

After Mr Ghosn's arrest, Nissan assembled a special panel to analyse governance failings and propose improvements. Its main recommendation was the immediate introduction of the three-committee system. The full Nissan board, which included Mr Senard, gave the idea its unanimous approval on May 15.

In Saturday's letter, said people familiar with its contents, Mr Senard justified the abrupt U-turn by arguing that the three committee system might somehow be used to reduce the influence of Renault as Nissan's largest shareholder.

People familiar with Mr Senard's thinking stressed that the letter was "a step but only a step" in the lead up to Nissan's AGM, and that Renault's position could change.

Those same people said that Renault was seeking to ensure its rights as a shareholder were maintained, adding that the French carmaker had concerns around the future composition of the committees and about how the powers of the board would be transferred to those committees.

"Senard clearly doesn't want this to be perceived as a declaration of war but as the start of a negotiation," said another person close to Renault.