Defense continues fight for release while clock ticks for prosecutors 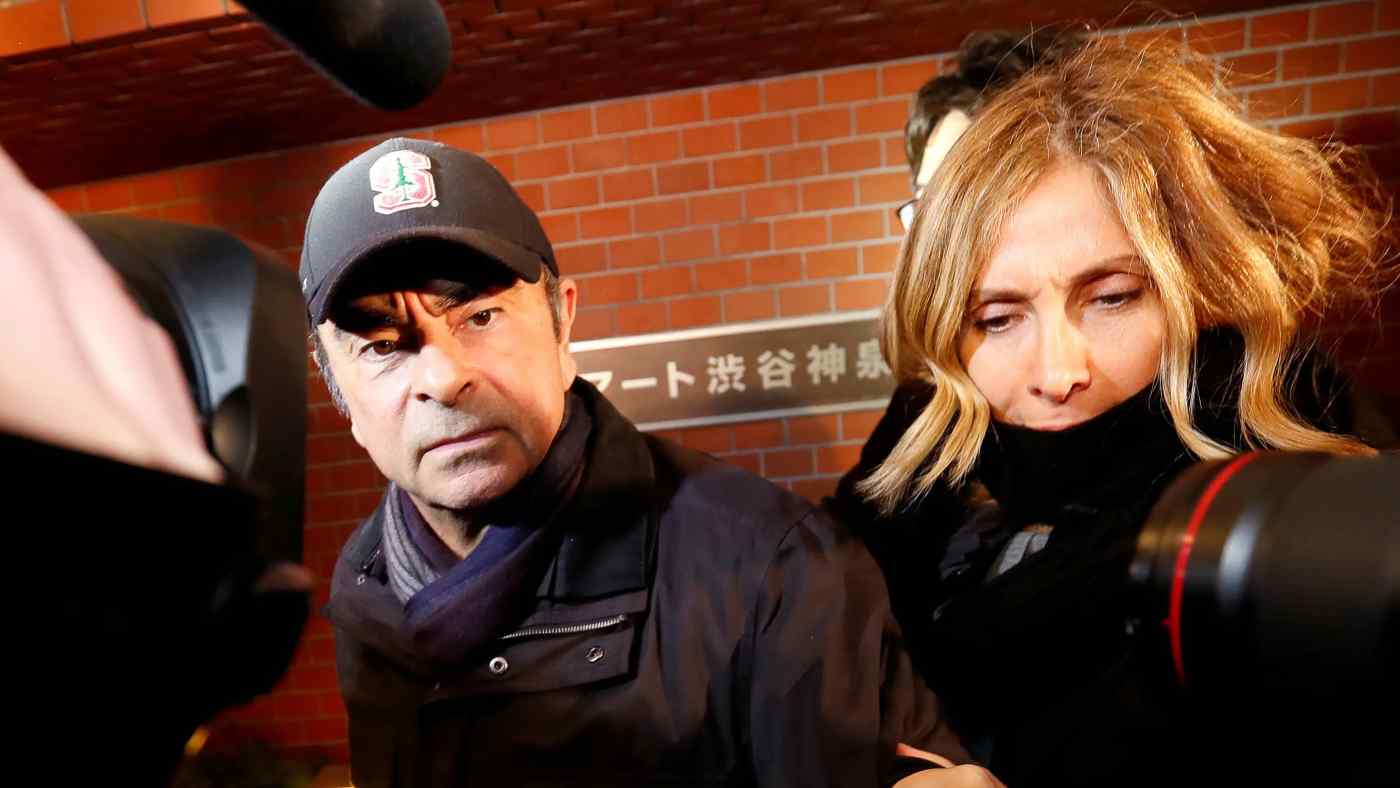 Ghosn was rearrested April 4 on suspicion of funneling company funds to an Omani distributor run by an associate -- something that investigators had been looking into over the three months since his previous indictment in January. The court likely decided that eight days would be enough for prosecutors to determine whether additional charges were warranted.

An appeal by lawyers for Ghosn was rejected. In a news conference April 4, Junichiro Hironaka, the head of the former Nissan chief's legal team, called the investigation an "outrage."

"We will use every means available to seek his early release from custody," Hironaka said. Friday's ruling means Ghosn will be detained until April 22.

Defense lawyers immediately appealed the court's initial decision April 5 to hold Ghosn for 10 days. They filed a protest with the Supreme Court on Wednesday arguing that the detention went against court precedent.

Ghosn's team has also tried less direct tactics. Lawyers encouraged his wife Carole, who had left for France after her husband's latest arrest, to return to Japan and had her testify before the district court on Thursday. This was likely intended partly to give prosecutors less room to argue that they needed to keep Carlos Ghosn in custody in order to complete their investigation.

Ghosn himself reportedly has not answered prosecutors' questions, in contrast to his more cooperative stance during his previous detention from November to early March.

His legal team, which is filled with criminal defense specialists, has advised him to remain silent. As long as prosecutors' lines of argument and the evidence they have marshaled remain unclear, defense attorneys often seek to keep clients from saying anything that could be used against them. Ghosn's lawyers also used this to argue against extending his detention, on the grounds that keeping him for questioning would be pointless.

The defense has also objected to the search of Ghosn's apartment during his latest arrest, in which investigators took memos related to the case and data from a security camera in the entryway, as well as Carole Ghosn's passport and cellphone.

Lawyers denounced the seizure of the memos, which contained discussions between Ghosn and his team about the case, as a violation of his defense rights and appealed to the Tokyo District Court over the matter. The camera data and Carole Ghosn's personal belongings, meanwhile, were irrelevant to the case and seized to apply unfair pressure on their client, they said.

Outside the legal process, Carlos Ghosn's team continues to make its case in the court of public opinion. In a move implicitly questioning the fairness of Ghosn's detention, lawyers released a video Tuesday, recorded the day before the arrest, in which the former chairman again asserted his innocence.