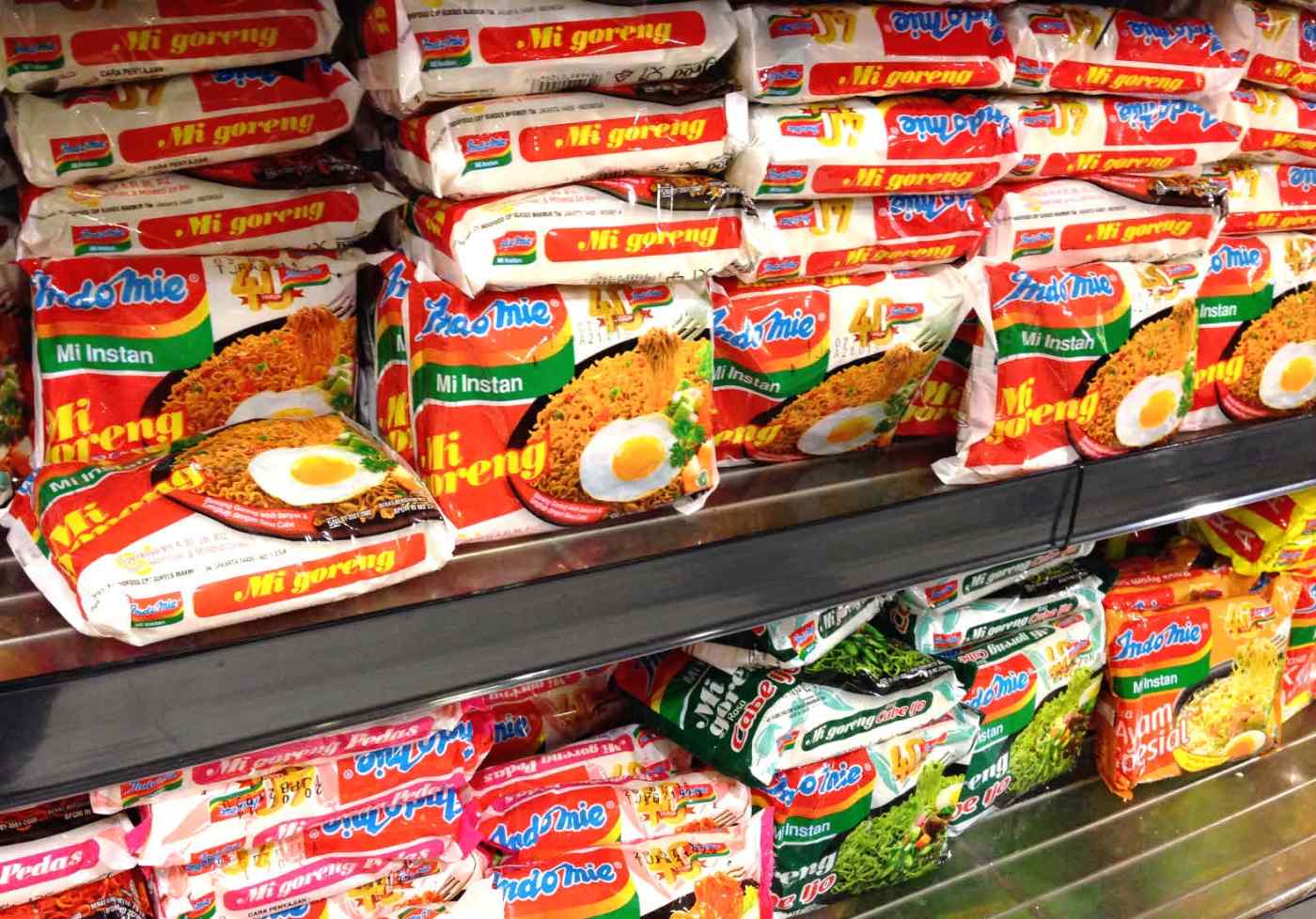 JAKARTA -- Indofood Sukses Makmur, Indonesia's largest instant noodle maker, is getting ready to take on other parts of the world, launching production in Serbia and considering building a factory in Kazakhstan.

A supermarket in downtown Cairo in Egypt offers instant noodles and cup noodles in a section for processed foods, displaying most prominently seven flavors of Indofood's Indomie noodles. They cost just 1.5 Egyptian pounds (20 cents) a package.

Because of its low prices, Indofood accounted for just 5.1% of the world's instant noodle market on a retail sales basis in 2013, putting it fifth, according to U.K. research company Euromonitor. Taiwan's Ting Hsin International Group -- company behind the Master Kong brand, which commands close to half the Chinese market -- was the top player with a 15.2% share, with Japanese company Nissin Foods trailing at 13.4%. But Indofood's annual output capacity of 16 billion meals accounts for about 15% of global consumption, on a par with Nissin Foods. In Jakarta, Indomie noodles are popular not only in homes.

In its home market, Indomie noodles rank No. 1 in the consumption goods brand list, and a whopping 99% of the country's population has eaten its noodles.

But demand is unlikely to grow rapidly in Indonesia as locals acquire a taste for a broader range of food. Overseas sales remain at around 10% of the total, so CEO Anthoni Salim says his company will aggressively cultivate foreign markets.

Outside of Indonesia, Indofood now produces noodles in Malaysia and Nigeria. Parent company Salim Group is readying to set up a new factory in Kenya.

In Serbia, a noodle joint venture between Salim Group and a Middle Eastern partner is set to build a factory near the capital Belgrade as early as next year. Plans call for this company to make Indofood products under a licensing deal and supply them to such surrounding markets as Bulgaria and Romania.

Indofood is also studying the feasibility of opening a factory in Kazakhstan, hoping it will serve as a base for cultivating central Asia and western China. Kazakhstan is a perfect market for the company, since 70% of the country's population is said to be Muslim -- and Indomie is a halal food that does not use any pork-based ingredients.

Following the Asian currency crisis, Salim Group exited from financial, cement and other operations that were core businesses back then and concentrated resources on Indofood, betting on growth of the consumption market. This turned out to be a good bet: Indofood generated 57.73 trillion rupiah ($4.81 billion) in sales for 2013, up 15% on the year and twice the 2007 level.

Shinya Oshino in Cairo and Kosuke Iwano in Tokyo contributed to this article.