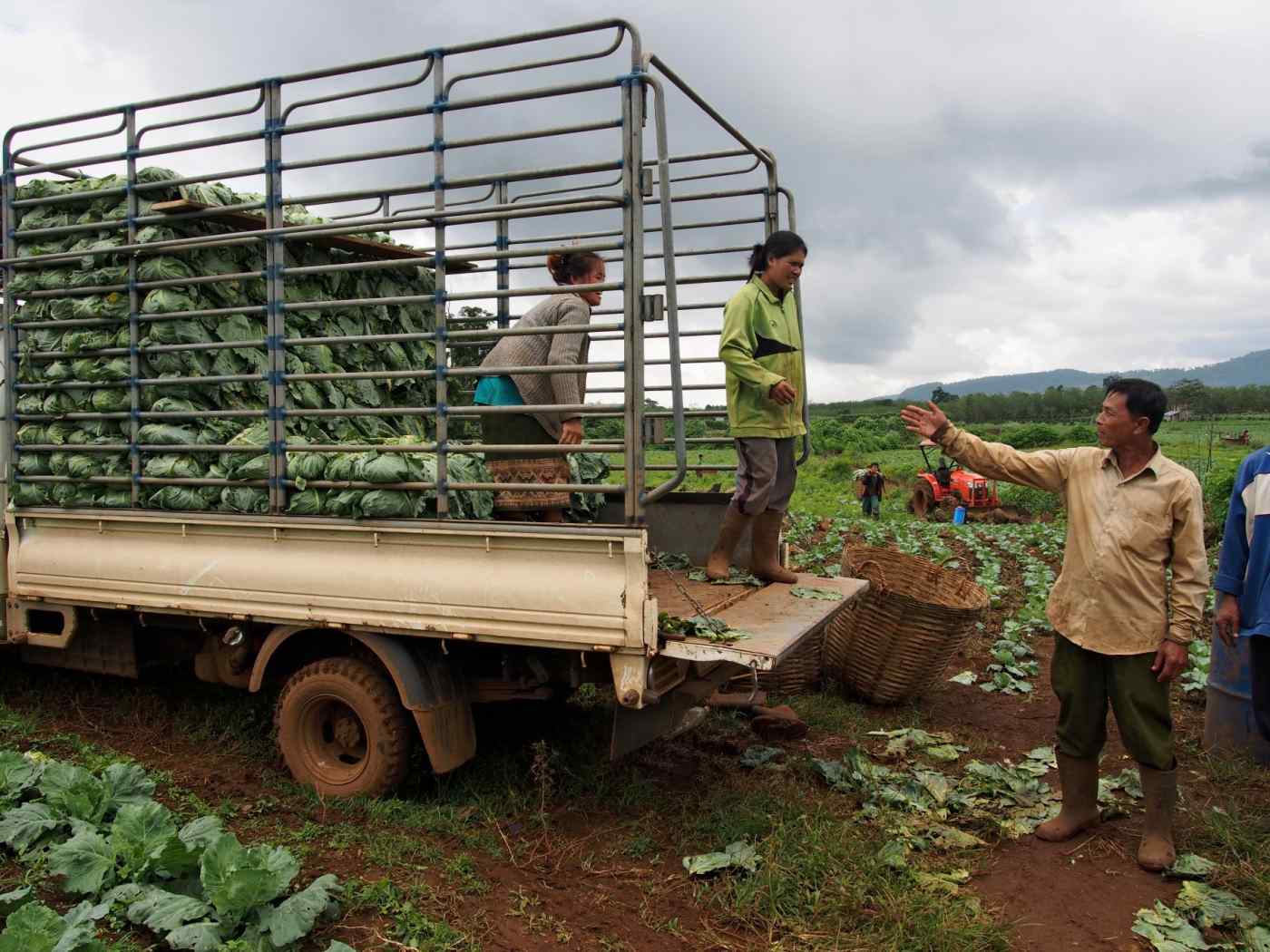 The Bolaven plateau in the southeast of Laos is gaining prominence as a cabbage-producing area. A 150-hectare field, situated about 1,000 meters above sea level, is being cultivated by 160 farms under contract with Pakxong Development Export-Import, the country's largest agricultural corporation. "Production of cabbages in Bolaven for export is helping farmers double or triple their incomes compared with 10 years ago," said the mayor of the village of Nonsoung, which administers the place.