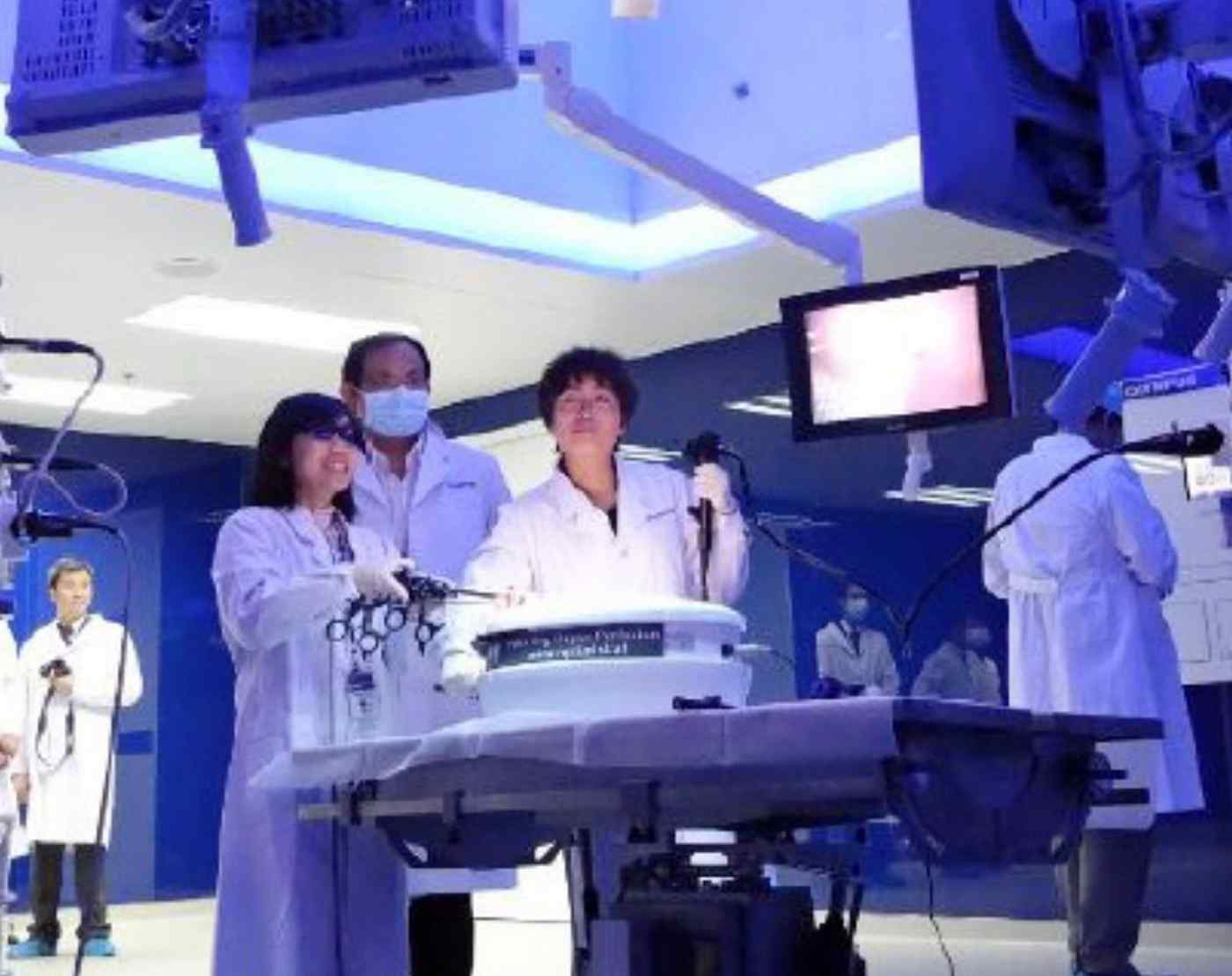 A doctor practices with an endoscope at an Olympus training center in Guangzhou.
April 7, 2015 01:05 JST | China
CopyCopied

TOKYO -- Olympus will expand its sales force and offer new, high-performance surgical tools to try cutting into the Chinese market for medical devices.

The Japanese optical equipment producer aims to more than double the Chinese hospitals using its endoscopes and other devices to 3,000 by 2019. It faces rising competition from local manufacturers whose primary advantage is low costs.

With people in China increasingly seeking early detection and treatment of digestive tract cancers, Olympus plans to enlarge its medical devices sales force there by 10% to 660 by next spring. The roughly 1,300 hospitals now using its devices are concentrated in major metropolitan areas, so the company wants to branch out into second- and third-tier cities.

To improve after-sales service, the company plans to double its maintenance capacity in China to roughly 20,000 scopes a year by 2019.

Olympus will also sell a new type of proprietary surgical tool there that can cut and cauterize tissue with both high-frequency electric current and ultrasonic vibrations.

Olympus' medical business saw sales rise nearly 30% in the Asia-Pacific region in fiscal 2013, with China accounting for about half of the 69.7 billion yen ($677 million) total.

Toshiba Medical Systems released an MRI scanner there in February. This was only a year or so after the product went on sale in Japan -- far sooner than the typical delay of about two years. The company shortened the wait by seeking approval for the scanner in parallel in both countries.

Terumo is equipping sales units in China to provide training in the use of catheters.