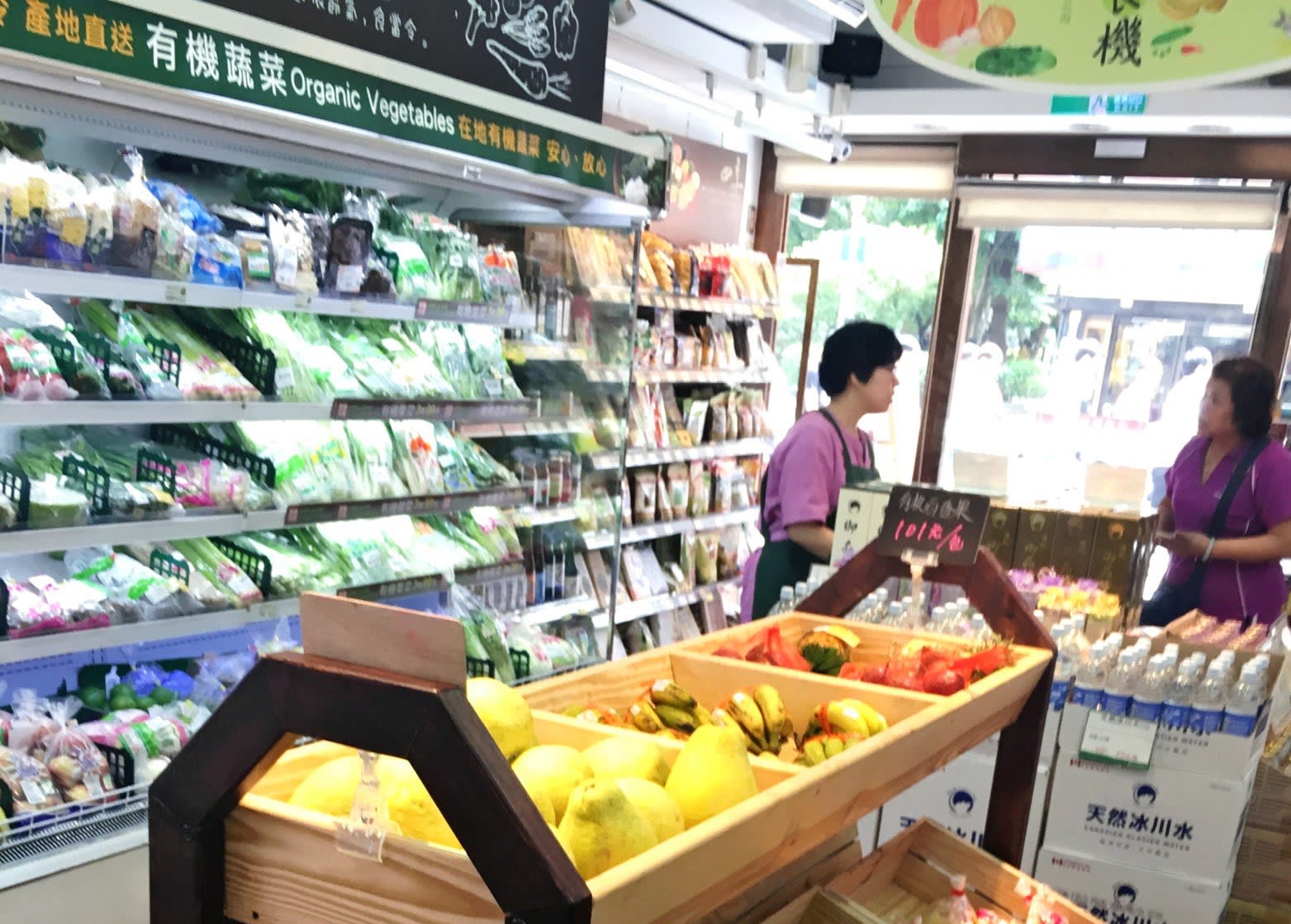 Cotton Field Health, an organic grocery store chain in Taipei, is among those benefiting from growing awareness about healthy eating in general and organics in particular. On a recent September day, a woman in her 60s stopped in to do some shopping. A single carrot set her back 30 New Taiwan dollars (96 cents), which is 20-30% more than carrots found at conventional supermarkets, but for her, the pesticide- and chemical-free offerings at the store are worth the extra money. "I feel scared about buying something that I can't see where or how it was grown," she said.

In addition to fresh and processed foods and beverages, the store also sells supplements, shampoos and other organic-focused times, generally at prices higher than those found at ordinary supermarkets.

According to a clerk, 1-liter bottles of milk are the store's best-selling item.

The milk comes from a small farm and costs NT$100 -- about the same price as a full meal at many local eateries. That is a hefty price tag, but a series of food scandals are still fresh in the public memory, and more consumers are now willing to pay extra for peace of mind.

In 2013, it came to light that some starch producers were using maleic anhydride, a cheap additive that can be toxic in large quantities, in some of their products. Starch is used in many foods in Taiwan, including the tapioca balls added to milk tea to make bubble tea, one of the island's signature drinks.

With public concern growing, food safety became a major topic during the campaign for Taiwan's general elections in January.

In August, Tsao Chi-hung, the agriculture minister of the Executive Yuan, unveiled a program to encourage schools to use organic vegetables in lunches at least once or twice a week.

As of August, a total of 6,784 hectares of fields were certified as meeting the official criteria for growing organic products. That figure has risen more than 20% over the past three and a half years. The Taiwanese authorities are eager to expand it to 10,000 hectares to meet the growing demand for safer products.

These developments have encouraged farms to start promoting their eco-friendly products and farming methods directly to consumers, often through social media.

More than a meal

For many young urbanites, simply eating organic food is not enough. They are increasingly interested in growing it themselves, and some are even moving to rural areas to set up small farms of their own.

A desire for a healthier way of living is a large part of their motivation, but there is another reason.

In the past, the typical career path in Taiwan has been to hop from one job to the next in search of better posts and higher salaries, with the ultimate goal being to start one's own businesses. But this definition of success, written in the days of heady economic growth, is losing its shine with young Taiwanese as key industries struggle with structural problems and the island's wealth gap widens. The result is that Taiwan's conventional urban values and lifestyles are no longer the first choice among the younger generation.

The enthusiasm of these young farmers could keep Taiwan's natural food boom growing at a healthy pace.