TOKYO -- The father-daughter battle over the management of Otsuka Kagu, a Japanese furniture retailer, has ended in favor of Kumiko Otsuka, the daughter and the company's president. She is now working to reform the business, but she has her work cut out for her. At Otsuka Kagu's annual shareholders meeting in March, more than 60% of the shareholders supported a motion to have Kumiko Otsuka stay on as president. The attempt by her father, Katsuhisa, the company's founder and largest shareholder, to regain control was rejected. Kumiko is making fundamental changes to the company's strategy, one of which is moving from a membership model to an approach that is friendlier to walk-in customers.

On one August weekend, a man in his 60s was visiting the retailer's flagship store in Tokyo's Shinjuku district. "I used to feel overwhelmed entering the store," he said. "Now I can just pop in. I feel more relaxed."

The company used to ask visitors to fill in a form with their name, address, and other information. Salespeople would escort customers around the showroom until they left. The furniture seller avoids such high-pressure tactics at its stores now. Customers browse at their leisure and ask for assistance when they need it. The company is introducing the new approach around the country as it remodels its shops.

Katsuhisa had his day: Otsuka Kagu expanded rapidly in the 1990s and early 2000s through membership marketing. The discounts members received was a big selling point for customers and made the company competitive. At the time, many furniture stores made customers haggle over prices.

That success did not last, however. The decline in the market for new houses in Japan discouraged bulk purchases of high-end furniture. And many customers were uncomfortable with giving the chain their personal information. Now that Kumiko has wrested control of the business from her father, who wanted to keep doing business the old way, she is free to make other changes.

The family struggle has exacted a toll on Otsuka Kagu's earnings. Its parent-only. net profit came to 359 million yen ($2.86 million) in the first half of 2015, the company announced earlier in August. That was a 52% drop from a year earlier. The company had a loss in the January-March quarter, traditionally the busiest season for furniture in Japan.

The company held an "apology sale" flom April to atone for worrying customers and shareholders, but the sale did not drum up enough business to make up for the loss. Now things are looking up. Customer traffic at the Shinjuku and Ginza stores was up about 20%, year on year, in June and July, despite the end of the sale. The company is considering launching a used and rental furniture businesses. 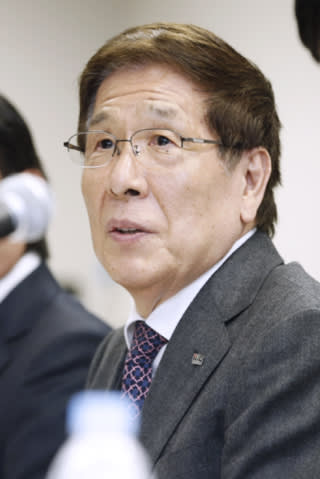 Otsuka Kagu's president, in a briefing with analysts in Tokyo earlier this month, said the reforms "will take certain amount of time."

With questions still being raised about where the company is headed, Kumiko seems determined to demonstrate that she is in charge. "We are committed to putting profit first," she said.