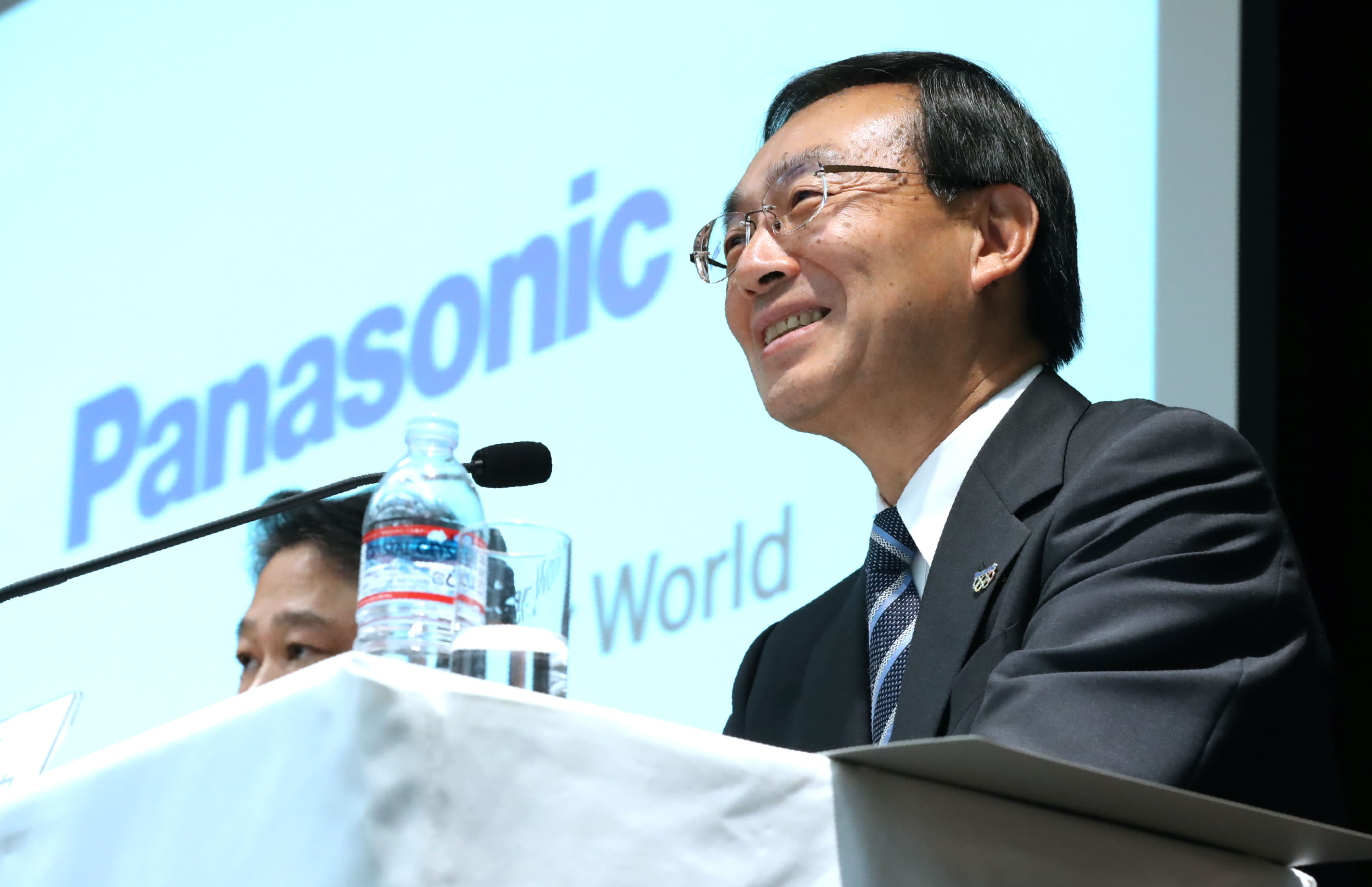 TOKYO -- As it moves towards its centenary, Panasonic faces a make-or-break 12 months. The company will accelerate its growth strategy, centered on automobile-related operations, President Kazuhiro Tsuga said Thursday.

Panasonic is expecting an increase in both sales and profit in the year March 2018, Tsuga said as he announced the electronics maker's business results for fiscal 2016 at a press conference in Tokyo.

Of particular interest, the electronics giant foresees a sales gain for the first time in four years. But the Osaka-based company revised its earnings projections downward for the second consecutive year through fiscal 2016. Although it is set to accelerate its growth strategy, it still has a number of struggling operations. The coming year will be a crucial one for for Panasonic.

A total of 1 trillion yen ($8.78 billion) has been set aside for the company's growth strategy, under which it has acquired autoparts suppliers in Europe and invested in Gigafactory, a manufacturing plant for lithium-ion car batteries in Nevada operated jointly with U.S. electric vehicle maker Tesla.

With some 800 billion yen of the sum disbursed as of the end of fiscal 2016, Tsuga said, "Cash generated from the battery business and mergers and acquisitions will be spent on the next investments."

The automobile-related business, into which Panasonic began to pour significant investment in 2014, is expected to show "visible" increases in sales and profit starting in the second half of fiscal 2017, Tsuga said. Panasonic is "confident" in attaining its target of boosting sales in the business to 2 trillion yen for fiscal 2018 and sustaining steep growth thereafter, he added.

Panasonic already has car battery manufacturing plants in Japan, the U.S. and China, and it will consider building one in Europe "sooner or later," he said.

In-house company Automotive & Industrial Systems is expecting sales of 2.66 trillion yen for fiscal 2017, up 10% from the previous year. The bullish projection reflects the effects of converting a Spanish autoparts maker into a consolidated subsidiary and an increase in battery sales thanks to the start of operations at a plant in Dalian, China, in April.

Connected Solutions, newly established by Panasonic to promote business-to-business transactions as a pillar of its growth strategy, is likely to post a 5% sales gain for fiscal 2017. The new internal unit will increase the supply of systems developed for logistics companies, retailers and other companies. Another boost to earnings can be expected from the acquisition of a majority stake in a Belgian logistics company later this year.

Yasuyuki Higuchi, a former president of Microsoft Japan who rejoined Panasonic earlier this year, took the helm at Connected Solutions in April.

Panasonic has focused its B-to-B operations on North America and Japan, and now Higuchi will "work out his own strategies" while analyzing China and Europe, Tsuga said.

Appliances, another in-house company, is forecast to log a 2% sales increase as its air conditioners and white goods remain in strong demand in China and other Asian markets.

The company will continue promoting high-end appliances, while also accelerating its advance into India by delegating significant authority to a local unit founded in April.

The solar power business incurred an operating loss in fiscal 2016 due to the contraction of the domestic market. Faced with intense price competition at home, Panasonic will seek a further expansion overseas, Tsuga said.

With a solar panel plant under joint construction with Tesla in New York state starting production this summer, Panasonic will sell panels in combination with storage batteries via Tesla's sales network. But as the U.S. company is new to solar, there is uncertainty over whether sales can be increased in such a competitive market. All this means Panasonic may fail to recover its investment.

The semiconductor and liquid crystal display panel businesses also remain in the red. Tsuga said an improvement in earnings for both is "a top-priority issue," but Panasonic has yet to show any meaningful reform measures in either.

Under Tsuga's leadership, Panasonic has begun creating a profitable operating structure through restructuring programs such as retreat from the plasma TV market and sale of the healthcare business. But for the current fiscal year, the sixth of Tsuga's presidency, Panasonic's ratio of operating profit to sales remains just 4.3%.

Panasonic has planted the seeds for growth along with many structural reforms. Whether Tsuga's initiative bears fruit be put to the test this year.