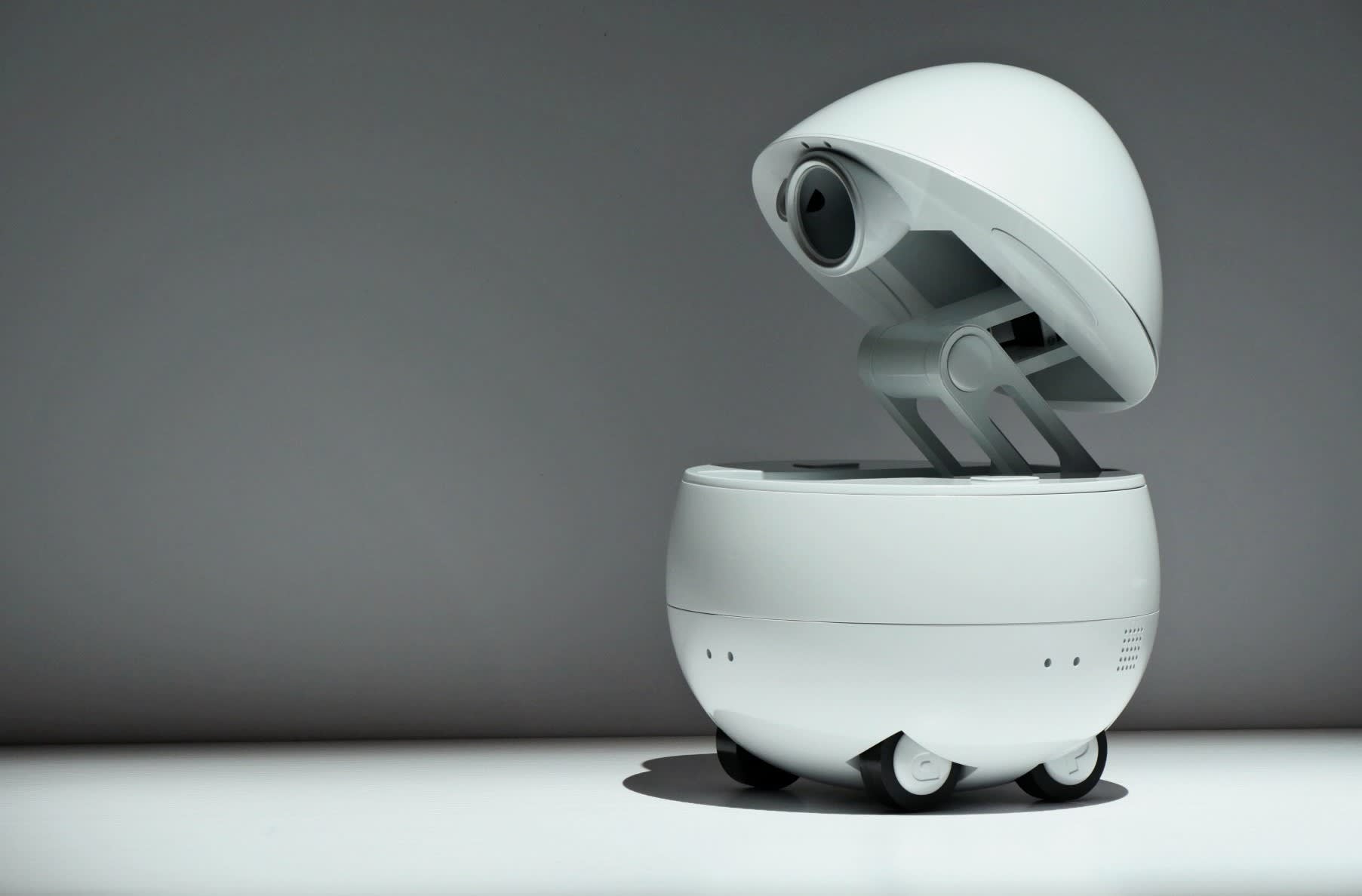 Panasonic's egg-shaped robot can converse with people and photograph and project images.
Business

LAS VEGAS, U.S. -- Panasonic has created an egg-shaped desktop companion robot that speaks with humans using cloud data to determine responses, rolls on wheels and has an embedded camera and projector.

The Japanese electronics company showed off the project at the Consumer Electronics Show here, which opened to the public Thursday. The company intends to bring the robot to the full product stage soon, with improvements such as added voice lines, but has not announced a launch date.

The ovoid robot is 29cm in diameter at its widest point, and 35cm tall when its shell is closed. It weighs 3.7kg, and can move autonomously on its tires. It connects to Wi-Fi to send conversation and image data to the cloud, then calculates the most appropriate response. It currently supports only the English language.

Like an online video calling service, the robot can project camera images sent by a conversational partner, or send images it has taken to a partner. The egg's shell opens and closes smoothly to reveal or hide the projector, using in-house-developed control technology. The robot's image processing systems and batteries are also Panasonic-made.