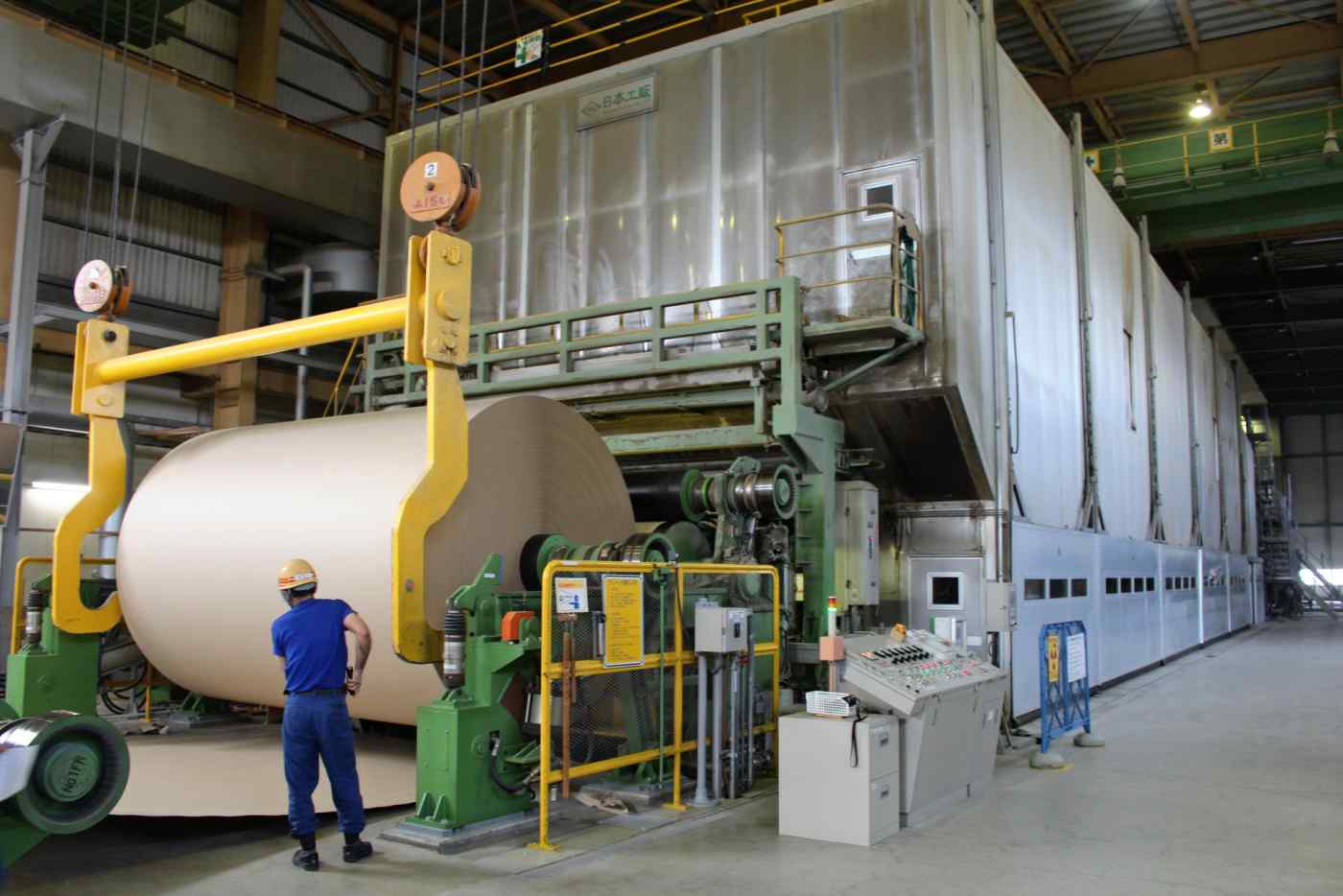 TOKYO -- Japan's paper manufacturers have started to rationalize their production facilities in earnest to rid themselves of unneeded capacity.

Chuetsu Pulp & Paper, an equity-method affiliate of Japanese paper titan Oji Holdings, plans to stop one production line used to make white paperboard for food packaging and other uses at its Takaoka Mill in Toyama Prefecture sometime next year. That will reduce the company's overall paper capacity by 35,000 tons, or 4%, to about 760,000 tons a year.

Instead, Chuetsu will make white paperboard on a line it will operate in tandem with Oji Paper starting in April 2017. The paper manufacturing arm of Oji Holdings will renovate existing equipment at its Tomioka Mill in Tokushima Prefecture for this purpose. Once quality has been confirmed, Chuetsu will shut down the line at its Takaoka Mill.

Meanwhile, Tokushu Tokai Paper, which has a business alliance with industry giant Nippon Paper Industries, plans to halt operations at its aging Yokoi Mill in Shizuoka Prefecture at the end of March.

Responsibility for paper towels and other products now made there will be handed over to the Shimada Mill in Shizuoka Prefecture, which will be operated starting next month by a joint venture between Tokushu Tokai and Nippon Paper.

One line at the Shimada Mill now used to make printing paper will also be halted at the end of March.

Japan's market for paper has shrunk in step with the declining population and the spread of digital media, but Japan's paper makers have been slow to consolidate production equipment.

Leading players like Nippon Paper and Oji Paper have taken some steps, but midsize makers have been reluctant to make cutbacks that would severely reduce their revenue streams.

These moves by Chuetsu and Tokushu Tokai may spur others, given the reality that China -- already the world's largest maker of paper and paperboard -- increased output by 3.4% in the first half of 2016, and could start exporting more paper products to Japan now that the strong yen makes transportation costs less of a factor.