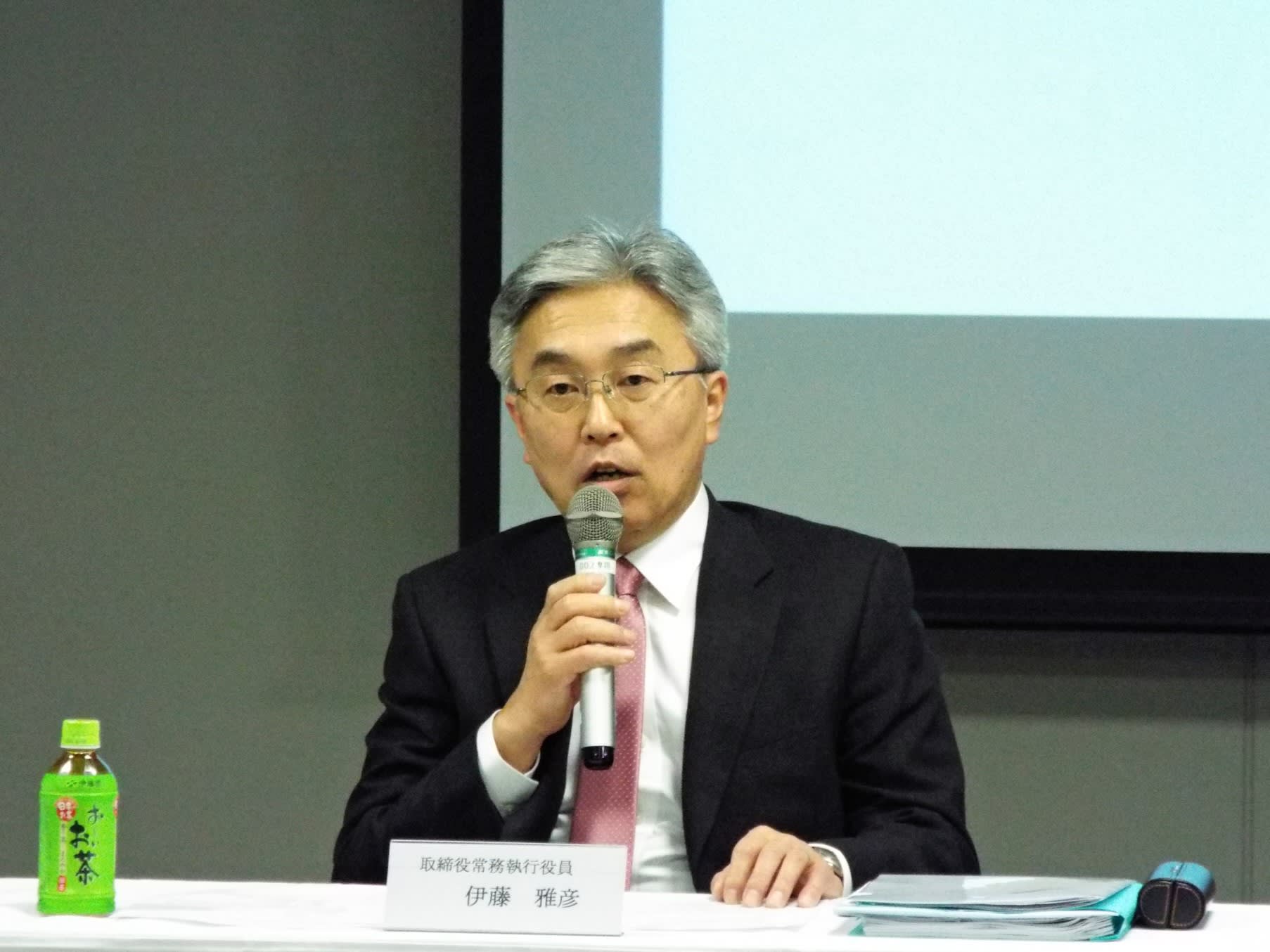 Senior Vice President Masahiko Ito will lead Fujikura as its president from next month.

TOKYO -- As many market players focus on Fujikura's exposure to Apple's iPhone, the Japanese optics and electronic parts maker feels confident that it can weather lackluster sales of the smartphone series with a boost from its own fiber-optics business.

Fujikura shares sank in late February to their lowest level for the period going back to the start of 2015. They were weighed down by concerns that disappointing iPhone sales have hit the Tokyo company's flexible printed circuit business, which counts Apple as a major customer. But Fujikura Senior Vice President Masahiko Ito, who takes over as president in April, remains upbeat.

"I think we will be able to show a big transformation starting next fiscal year," Ito said.

His optimism stems from growth expectations for fiber-optics-related operations.

Fujikura decided late last year to acquire an American maker and seller of fiber-optic connector parts. The 10.5 billion yen ($92.2 million) acquisition of NetIG, based in the state of Washington, would mark its first big investment in a long while.

The deal initially drew little interest, in part because its scale was not disclosed. But investors gradually caught on to the potential benefits as they realized that NetIG's key customers include major U.S. data centers.

Demand for fiber optics remains tight in North America, where increasing telecommunications networks' capacity is now a high priority as growing smartphone use sharply boosts the volume of data they handle. UBS Securities estimates that global demand for fiber optics rose 15% on the year in 2015, creating the biggest shortage since the information technology bubble.

This is great news for Fujikura. Its energy and telecommunications businesses are seen generating 15 billion yen in operating profit in the current year ending this month, up 28%. The electronics business, which includes FPCs, will likely report a slump in earnings for the January-March quarter. But the company has maintained its overall full-year earnings guidance, counting on fiber optics to offset the weak FPC business stemming from Apple's slowdown.

"Optics-related businesses make up our core," Ito said. "Their growth is essential for the company."

Fiber optics offer more than just growth potential in North America. They stand a good chance of replacing electrical wires in automobiles if the trend of digitizing vehicles continues. The market for fiber optics would expand dramatically with such a shift.

The NetIG deal was thus a step in the right direction, helping Fujikura strengthen its fiber-optics business. But some analysts remain uncertain of the move's significance, partly because of a lack of clarity.

"Information disclosure about the acquired company's profit scale is insufficient," said Yuji Matsumoto, an analyst at Nomura Securities. "So, I cannot evaluate [the deal's contribution] at present."

Fujikura releases its medium-term business plan through March 2021 in May. Investors will scour it for more information on NetIG, as well as the parent's vision for the future under its new leader.