Astellas bets on gene therapies with $100m plant in US 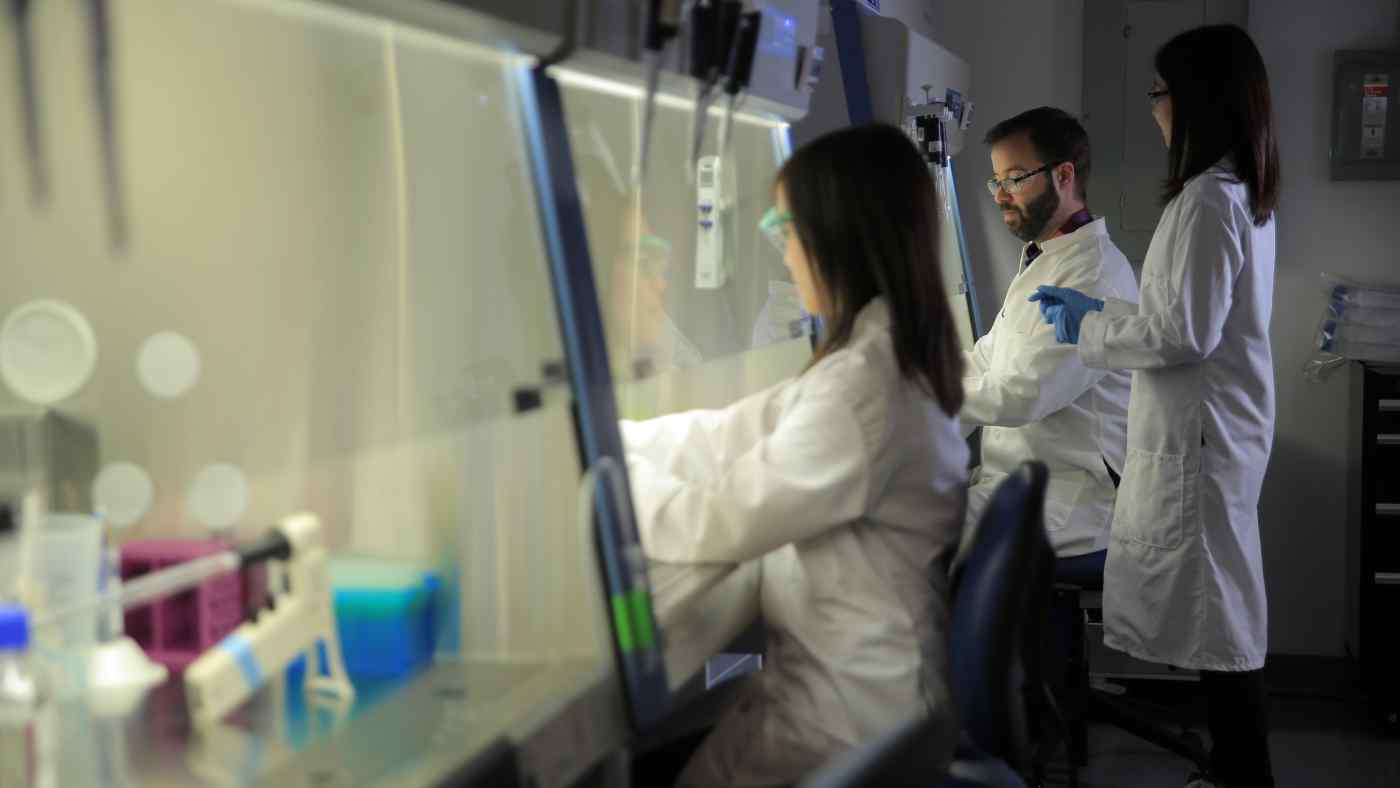 TOKYO -- Astellas Pharma is spending over $100 million to build a state-of-the-art American plant for a key component of gene therapies, a hot new market expected to balloon in the coming years.

The North Carolina factory will be the Japanese company's second gene therapy production site, after a location in California. It is slated to go into operation as early as late 2022.

The expanded infrastructure will support the commercialization of multiple gene therapy candidates anticipated to effectively treat diseases where conventional approaches fail. Astellas looks to develop the gene therapies into a growth segment that fills the sales gap after patents on existing drugs expire.

The North Carolina plant will produce viral vectors to deliver synthesized genes. The California facility will take charge of formulating the viral vectors, meaning the U.S. will serve as the center for gene therapy production.

Astellas has in its pipeline a gene therapy candidate to treat congenital myopathy, a muscle disorder that manifests in infancy. Clinical trials are already underway in the U.S., and Astellas will apply for approval as early as in the fiscal year ending March 2023. Commercialization in 2024 is the goal.

In addition, Astellas will spend 200 billion yen ($1.81 billion) through fiscal 2025 pursuing R&D into cell therapy and other cutting-edge treatments. It will also boost production investments in this field.

"If gene therapies and other advanced treatments are able to be established, a paradigm shift will occur in the next decade that will enable the complete cure of intractable diseases," President Kenji Yasukawa has said.

Astellas plans to advance clinical trials for seven candidates through fiscal 2025, aiming to market the most promising.

The company's shift toward gene therapy investment is driven by the looming expiration dates on major drug patents. The Xtandi prostate cancer treatment is projected to be a driver of companywide sales until around 2026, for example, but then shrink dramatically.

The global market for gene therapies will reach $19.7 billion in 2026, according to British commercial intelligence firm Evaluate -- more than 20 times its scale in 2020. To capitalize on the growth market, Astellas has been purchasing companies in the sector.

In addition to gene therapies, Astellas expects to earn at least 500 billion yen in sales from cell therapy and other advanced treatment options in fiscal 2030. Its overall group sales came to 1.25 trillion yen in the fiscal year ended March 31. The aim is to have the new revenue offset sales lost from expired patents.

On the other hand, Western rivals are further ahead in gene therapy R&D. For Astellas to develop the market in line with its business strategy, the company will likely need to outperform the competition in terms of product quality and speed.

Novartis has already put out on the global market the Kymriah leukemia treatment along with Zolgensma, a gene therapy for spinal muscular atrophy. Roche, another Swiss player, has commercialized the Lucentis retinal disease medicine.

In Japan, rivals are also pouring resources into gene therapies. Otsuka Holdings and Takara Bio are jointly developing a treatment for synovial sarcoma.

Another hurdle facing Astellas is the hefty expenses that gene therapies entail. Not only is the R&D costly, but production also takes more money than for drugs based on chemical compounds.