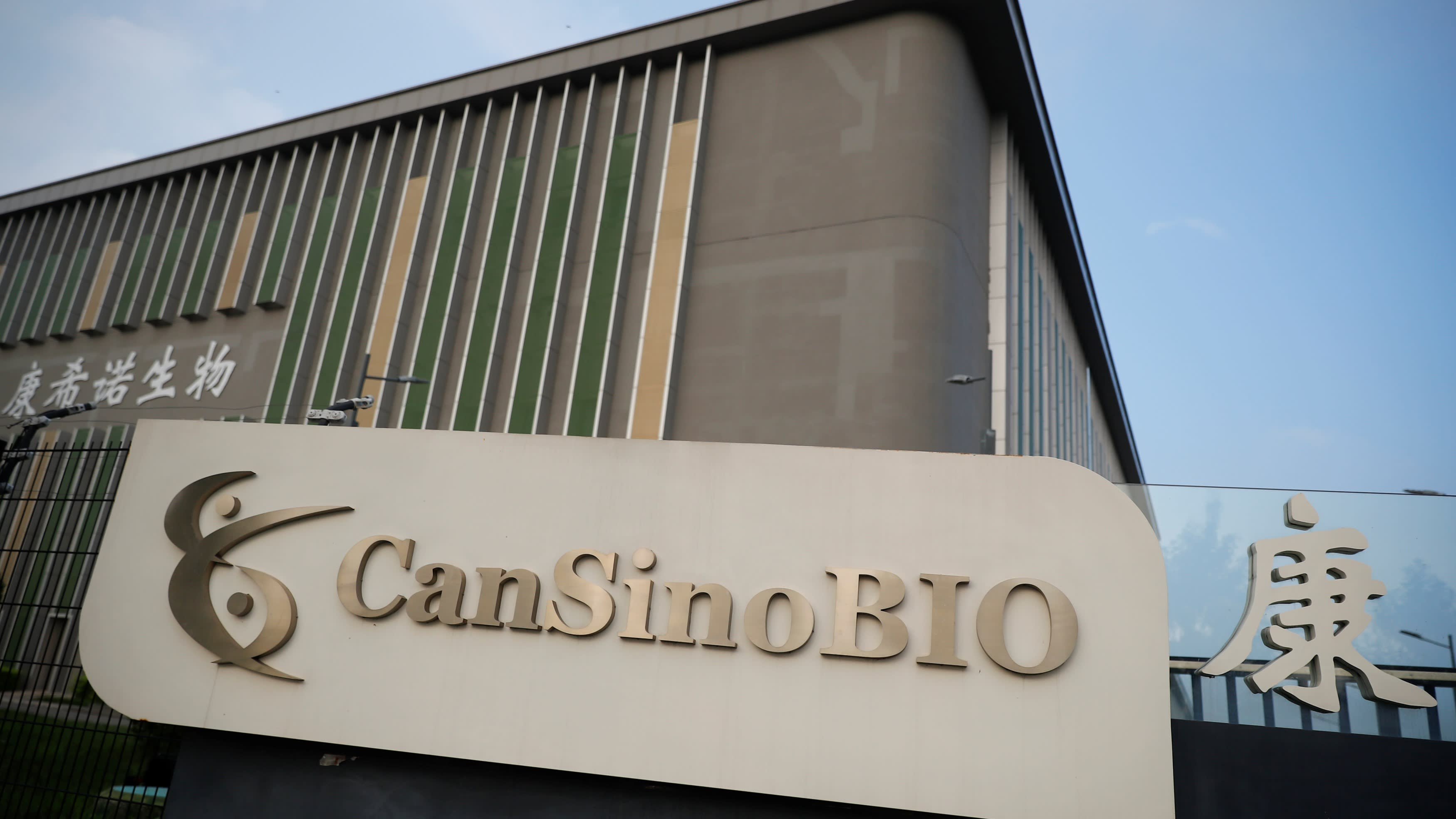 SHANGHAI -- Chinese drugmaker CanSino Biologics is accelerating clinical trials for its coronavirus vaccine even as earnings remained in the red.

The Hong Kong and Shanghai-listed company on Friday reported a net loss of 102 million yuan ($15 million) on the back of zero revenue since it has yet to commercialize any products.

Based in the northeastern city of Tianjin, near Beijing, CanSino's "Ad5-nCoV" vaccine is undergoing a late-stage clinical trial in Russia, Chinese state media CGTN reported on Wednesday.

The Phase 3 trial involves 625 people to test the drug's effectiveness on larger samples over a prolonged period of time. It comes after two earlier trials involving 616 people in China elicited an immune response in most subjects, according to a July 20 report in The Lancet medical journal.

Other countries in the pipeline for trials include Brazil, Canada, Chile and Saudi Arabia.

The vaccine, which was co-developed with the Beijing Institute of Biotechnology and the Chinese military, was granted a patent on Aug. 11 in China, putting CanSino a step closer to mass production.

Even so, the World Health Organization warned that Phase-3 trials would not necessarily lead to a solution to the pandemic that has infected over 22 million people globally.

Established in 2009 by U.S. and Canada-trained scientists led by chairman and chief executive officer Yu Xuefeng, CanSino said it aimed to develop high quality and affordable vaccines to meet China's underserved market. It has 16 vaccine candidates for infectious diseases in the pipeline, of which three covering meningococcal diseases and the Ebola virus disease are said to be near commercialization.

Its vaccine for Ebola already received approval in 2017 with designation for emergency use and national stockpile. Thus, CanSino said it would not contribute to earnings significantly.

In the past four years, the company only reported annual revenue in 2018, a year in which it logged 1.1 million yuan on research and development services. It has been recording successive net losses since 2016, according to company data, reflecting perils in the capital-intensive pharmaceutical industry.

Even so, CanSino said it will continue to push its vaccine candidates toward commercialization and plans to expand its business infrastructure to support growth. Its current manufacturing plant of 38,000 sq. meters in Tianjin iscapable of producing a maximum of 80 million doses of vaccines annually.

China's vaccine market is expected to reach 116 billion yuan in value in 2030, up from 33.6 million yuan in 2018, according to an estimate by China Insights Consultancy.

Beijing-based Dongxing Securities in an Aug. 17 report projected CanSino will turn profitable next year based on its ongoing development of vaccines, two of which might be commercialized this year, pending approval.