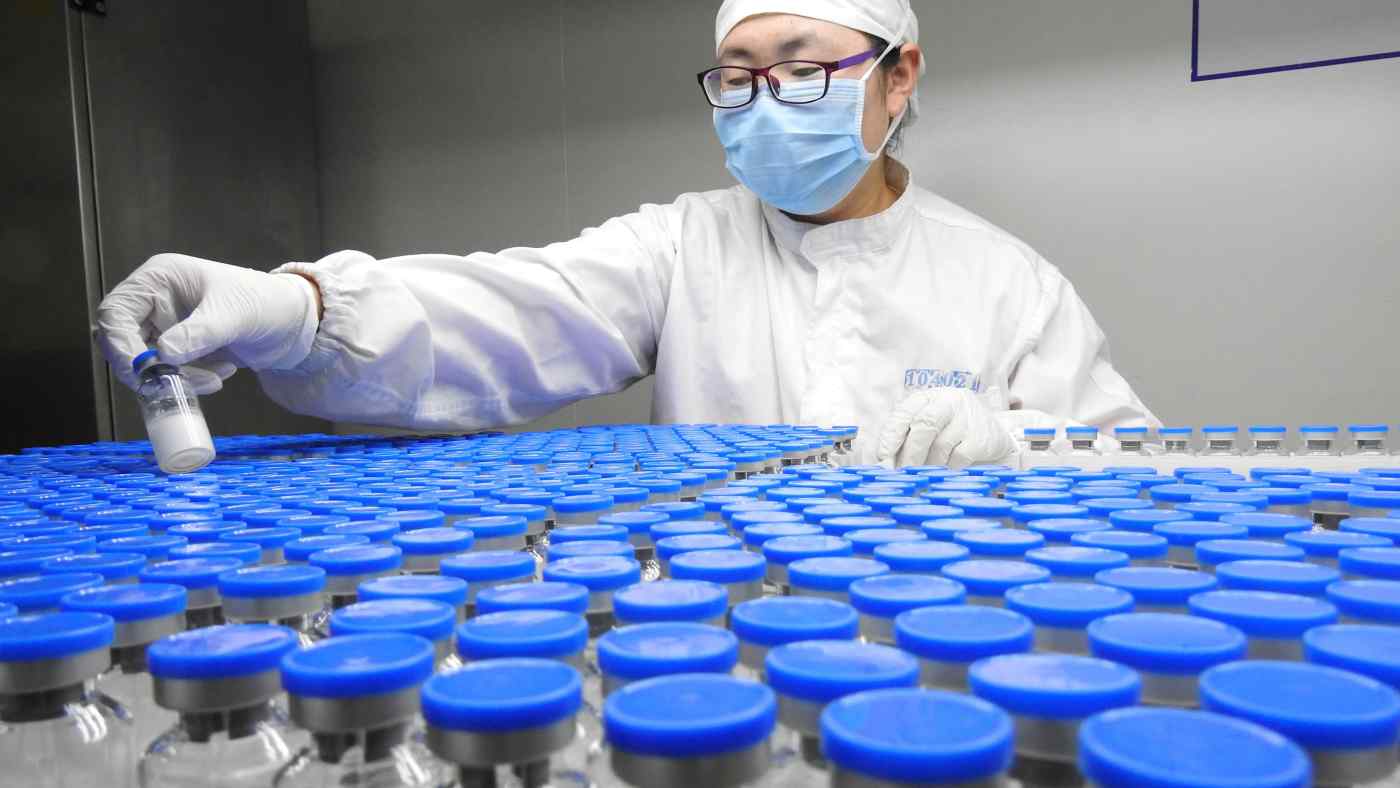 TOKYO -- Pharmaceutical companies from around the world are setting up research and development hubs in China to take advantage of the reams of data generated by a nation of 1.3 billion people.

France's Sanofi has opened its first Asian R&D center in Chengdu. The company will spend 66 million euros ($73.6 million) in the southwestern Chinese city, conducting research on a host of ailments such as diabetes and immunological diseases.

China's large population makes it easier to find enough human candidates for clinical trials targeting rare diseases. The fact that pharmaceuticals have been kept out of the U.S.-China trade war has also encouraged investment. American drugs that China imports, for example, are not subject to Beijing's retaliatory tariffs.

Though China is losing shine as a global manufacturing hub due to rising labor costs, pharmaceutical groups are shifting to the country to scale up their R&D operations.

Upjohn, the off-patent drug unit of U.S.-based Pfizer, established its global headquarters in Shanghai in May. The company looks to build a database that tracks patient trends and side effects.

Japan's Shionogi & Co. is developing some of its new drugs in China, ahead of Japan, the U.S. and Europe. The drugmaker is collecting feasibility and safety data before conducting clinical tests for a tuberculosis treatment.

The pharmaceutical market in China hit $137 billion last year, data from contract researcher IQVIA shows, up 240% from 2008. The Chinese market, the second largest after the U.S., is expected to reach $170 billion in 2023.

Beijing's active courting of global drug developers is paying off. In an effort to implement strict standards on par with advanced countries, China in 2017 joined an international body that determines quality specifications for the U.S., Europe and Japan.

China has relaxed restrictions allowing clinical trial data from outside the country to be used. The number of state drug screeners has been increased, and a fast-track system for approving innovative medicines was enacted. This accelerated the approval process by as much as one or two years.

In December, China became the first country to approve the drug roxadustat, a treatment for anemia caused by chronic kidney disease. The drug, developed by British developer AstraZeneca and U.S. biochemical company FibroGen, is still undergoing clinical tests in the U.S. and Europe.

In Japan, Astellas Pharma has acquired the rights to the treatment, and waiting approval from authorities to market it.

China can serve as a staging ground for researching stomach cancer and other digestive ailments common in Asia. Research into drug repurposing -- using licensed drugs for new medical purposes -- is flourishing in the West, and also will begin in earnest in China. Establishing a development hub in China could prove vital to a drugmaker's competitive advantage.

Takeda Pharmaceutical, Japan's largest drug seller, positions China as the fourth key strategic market after Japan, the U.S. and Europe. The company plans to introduce 10 products in China over the next five years. Takeda will accumulate data and know-how during that span, President Christophe Weber said. No plans exist to build R&D facilities in China.

Though China owns some of the highest global shares in white goods and smartphones, the country has demonstrated little presence in pharmaceuticals. The government's "Made in China 2025" initiative to modernize industry extends to biopharmaceuticals as well. The goal is to attract foreign investment and improve domestic capacity to develop drugs.