The World Health Organization has listed three Indian companies -- Zydus Cadila, Serum Institute of India and Bharat Biotech -- that are working on a vaccine. In addition, Hyderabad-based companies Biological E and Indian Immunologicals as well as Bangalore-based Mynvax are also involved in development.

At least 80 potential vaccines are under development, with global pharmaceutical giants including U.S.-based Pfizer and France-based Sanofi among those also working to fight the virus. In Asia, Japanese drugmakers such as Takara Bio and Shionogi & Co. are joining the race as well as Chinese peers including Nasdaq-listed Sinovac Biotech.

Serum, one of the world's largest vaccine manufacturers by number of doses produced per year -- 1.5 billion -- and global sales, hopes to progress to human trial phase for its development of a vaccine by September or October this year.

"Traditionally, it takes 6 to 7 years to develop a fully efficient and viable vaccine, however, we are expecting to launch the [coronavirus] vaccine by the first or second quarter of 2021," Adar Poonawala, Serum's chief executive, told the Nikkei Asian Review.

The company, based in the western city of Pune, claims it has developed a virus-vaccine strain that is identical to the new coronavirus, thereby providing the highest chance for a robust immune response. "The vaccine candidate has been developed using a laboratory-made synthetic virus, which is an important breakthrough as it will significantly reduce the time taken to build a shield against the virus," Poonawala said.

Serum has partnered with U.S. biotechnology company Codagenix to develop the vaccine. It is simultaneously developing recombinant Bacillus Calmette-Guerin (BCG) vaccine shots to improve innate ability to fight the virus and reduce the severity of COVID-19. 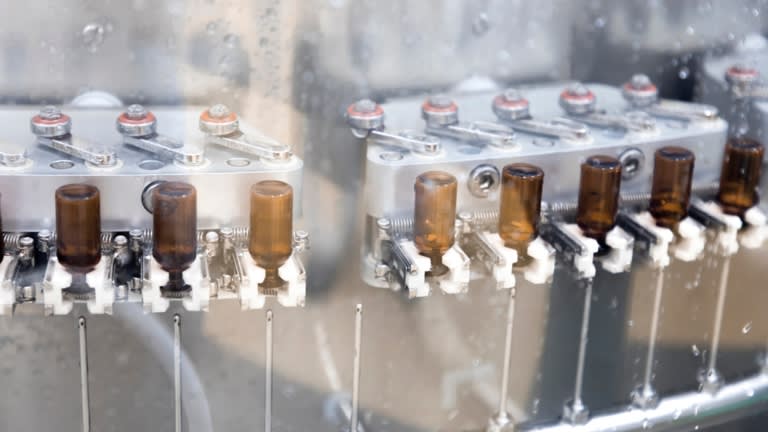 The company has also partnered with Oxford University, hoping to mass-produce the vaccine developed by the school by October, ahead of Serum's own product waiting for human trial. The clinical trial for Oxford's vaccine is still on in the U.K. but Serum has already started production in the hope that the trial will be successful.

India is known as the major global supplier of generic drugs that are manufactured and marketed after the patent on the original drug expires. The picture is similar in the vaccine industry.

According to Dr. Jerome Kim, director-general of the International Vaccine Institute, a South Korea-based international organization, nearly 70% of vaccines used around the world for extended immunization programs are made in India. "Almost every child in the world has received a vaccine made in India," he told Indian media WION.

But according to HDFC Securities Research Analyst Ameya Chalke, many are generic versions of vaccines originally developed by global pharmaceutical majors. "There are hardly any vaccines innovated by Indian companies," he said.

Chalke says developing a vaccine for COVID-19 will not be an easy task as it will require exhaustive trials. "Vaccines typically work well for the younger population but COVID-19 is largely affecting elderly people, so dosage levels will also need to be checked," he said. "I doubt globally any vaccine will be commercialized in the next 2 years." ICU nurses treat a COVID-19 patient at a hospital in Bangkok. Global cases have surpassed 4.6 million, according to the World Health Organization, and the disease has claimed over 310,000 lives.   © Reuters

BSE-listed Zydus Cadila is working on a coronavirus vaccine using DNA vaccination technology. A DNA vaccine would take some of the virus's gene information and give it to the patient's immune system by injection. The immune system would then be able to attack the virus when it enters the body.

Zydus has research and development centers in Catania, Italy and in the west Indian city of Ahmedabad and has indigenously developed, manufactured and launched India's first Tetravalent Inactivated Influenza vaccine, VaxiFlu-4. The vaccine, which provides protection from the four influenza viruses, is rare evidence against the notion that Indian drugmakers will remain mere manufacturers.

The company is testing its coronavirus vaccine candidate on animals, and will begin clinical trials "if the results [on animals] are successful," chairman and managing director Pankaj Patel told Nikkei, without elaborating on the company's target timeline for clinical trial and launch.

Bharat Biotech has begun testing a nasal drop vaccine called CoroFlu in the U.S. in partnership with the University of Wisconsin-Madison and Madison-based vaccine company FluGen. "CoroFlu could be in human clinical trials by the fall of 2020," said a joint statement issued in April.

A health expert working with the Indian government, speaking on condition of anonymity, said that while India's track record in terms of pharmaceutical innovation has not been that strong, some companies have already begun exploring new platforms.

"They are willing to learn from partners," the expert said. "They have moved from the stage where they said 'if we do not make billions of doses of this, we are not interested', to a point where they want new products and are willing to invest in their own research and development. There has been an increase in innovation and I am hopeful we will be able to go ahead."