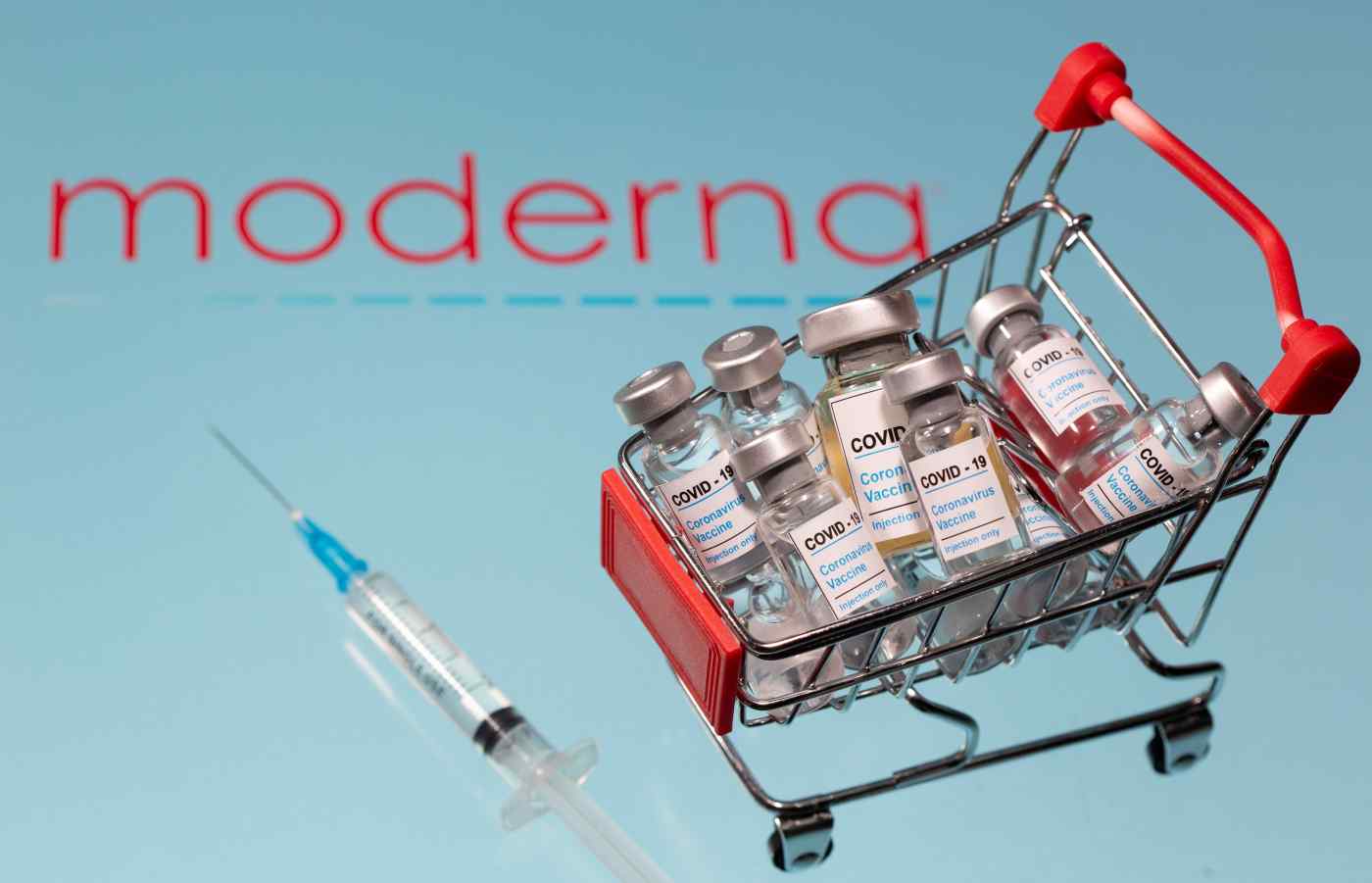 A panel of outside advisers has overwhelmingly endorsed the emergency use of Moderna's coronavirus vaccine for the pandemic ravaged nation.   © Reuters
December 18, 2020 13:33 JST | North America
CopyCopied

A panel of outside advisers to the FDA overwhelmingly endorsed the emergency use of Moderna's coronavirus vaccine on Thursday, virtually assuring a second option for protecting against COVID-19 for a pandemic ravaged nation.

The committee voted 20-0 with one abstention that the benefits of the vaccine outweighed its risks in people aged 18 and older.

A week ago, the same panel backed a vaccine from Pfizer Inc and German partner BioNTech SE, leading to an FDA emergency use authorization (EUA) a day later.

Following Hahn's comments, the Financial Times reported that the FDA had decided to approve Moderna's vaccine candidate on an emergency basis. It cited people close to the process and added that the emergency approval will be granted in coming days.

The FDA and Moderna did not immediately respond to requests for comment on the Financial Times report.

The FDA is expected to grant EUA late on Thursday or Friday.

It would provide more hope to a nation that has lost more than 300,000 lives to COVID-19 -- including a one-day high of 3,580 deaths on Wednesday -- while record numbers of patients threaten to overwhelm U.S. hospitals and health care workers.

"To go from having a (genetic) sequence of a virus in January to having two vaccines available in December is a remarkable achievement," said Dr. James Hildreth, chief executive of Meharry Medical College, who voted to recommend the vaccine for emergency use.

The one abstention came from Dr. Michael Kurilla, who works at the National Institutes of Health and felt blanket authorization for those 18 and older was too broad.

"I'm not convinced that for all of those age groups the benefits do actually outweigh the risk. And I would prefer to see it more targeted toward people at high risk of serious and life threatening COVID disease," he said.

Health and Human Services Secretary Alex Azar told CNBC on Thursday that 5.9 million doses of the Moderna vaccine have been allotted for states and large cities and were ready to ship nationwide.

The vaccines are not a panacea, however, as they will take months to roll out to a nation where the virus is running rampant and public health measures such as social distancing and mask wearing are being rejected by large parts of the population.

Moderna's vaccine does not require specialized ultracold freezers or vast quantities of dry ice, unlike Pfizer's vaccine which needs to be shipped and stored at -70 Celsius (-94 F), making it easier to supply rural and remote areas.

Moderna said on Thursday it had expanded the vaccine's handling guidance to allow it to be moved locally in a liquid state at standard refrigerated temperatures. In some cases, Moderna said, this could be the only practical way to move it to clinics or remote locations.

U.S. officials have said they expect to have 40 million doses of the Pfizer/BioNTech and Moderna vaccines by the end of the year -- enough to inoculate 20 million people. Both vaccines were about 95% effective at preventing illness in pivotal clinical trials with no serious safety issues.

The first wave of doses are expected to be earmarked for health care workers who treat COVID-19 patients and vulnerable residents and staff of nursing homes. The Moderna vaccine, based on new synthetic messenger RNA (mRNA) technology, is administered in two shots about 28 days apart. The Pfizer/BioNTech shot is also an mRNA vaccine.

Documents prepared by FDA scientists and released ahead of the meeting, said a two-dose regimen of the Moderna vaccine was highly effective in preventing COVID-19 and did not raise any specific safety issues.

There were no cases of severe COVID-19 among those who got the vaccine in the trial versus 30 such cases in the placebo group, which could be significant as hospital intensive care units fill up with infected patients.

The United States in August entered a $1.5 billion pact with Moderna to acquire 100 million doses of its vaccine.

About 20 million doses are expected to be delivered this month, with the rest of the initial purchase coming in the first quarter of next year. Last week, Moderna agreed to deliver an additional 100 million doses in the second quarter.

In the global race to produce highly effective vaccines against the coronavirus, the Massachusetts-based biotech company is reaching the finish line ahead of some much larger rivals such as AstraZeneca Plc and Johnson & Johnson.

An emergency meeting of a U.S. Centers for Disease Control and Prevention advisory panel is expected to follow the FDA's authorization of Moderna's vaccine with its official recommendation of its use for the U.S. public.