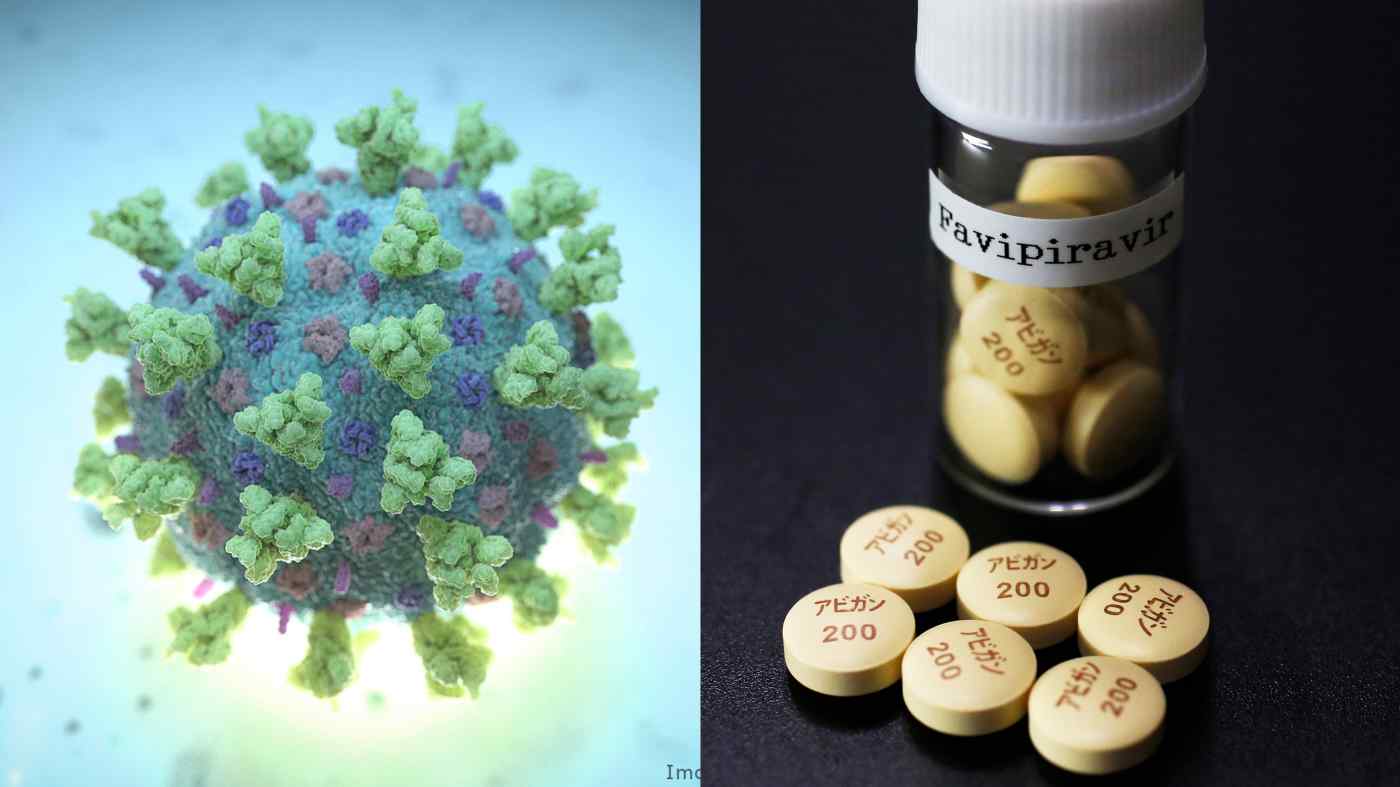 Clinical trials to test the effectiveness of Avigan, made by Fujifilm of Japan, against the new coronavirus, will begin next week, the company says.   © Reuters
MITSURU OBE, Nikkei staff writerMarch 31, 2020 17:36 JST | Japan
CopyCopied

TOKYO -- As the novel coronavirus continues to spread, wreaking havoc on the global economy, drugmakers around the world are searching for treatments and vaccines to stop the disease in its tracks.

Scientists are hopeful that treatments and vaccines are on the way, but they caution against promises of a quick fix.

The current focus is on repurposing existing medications that were developed for other illnesses but might help combat the coronavirus, which has infected nearly 700,000 people worldwide and killed more than 33,000. Although these drugs are already approved for use and considered relatively safe, they may not work well because they were not designed with the coronavirus in mind.

"To use repurposed drugs is like grabbing a stick, as opposed to a gun, to fight with. It's better than fighting with your bare hands, but it shouldn't be expected to have a dramatic effect," said Makoto Ujike, an associate professor of virology at Nippon Veterinary and Life Science University in western Tokyo. Ujike is conducting research on the asthma drug Alvesco, which is being looked at as a potential treatment for the coronavirus.

Remdesivir and Kaletra are among four promising drugs cited by the World Health Organization in the treatment of the coronavirus.

The U.S. is working with Japan, South Korea and Singapore on clinical testing for remdesivir, which was developed by U.S. drugmaker Gilead Sciences. International cooperation will generate more data about the drug's efficacy, which differs depending on patients' ethnicity and is used differently from country to country.

The coronavirus has sickened more than 160,000 people and resulted in more than 3,000 deaths in the U.S., making the country one of the biggest epicenters of the global pandemic.

"The best thing Japan can do for the U.S. is to share as much information about Avigan as possible, including clinical trial data," said Yasuhiro Kanatani, a professor of pharmacology at Tokai University.

Avigan maker Fujifilm Holdings announced Tuesday the start of a clinical trial on the drug, which is to be administered to about 100 patients in Japanese hospitals to gauge safety and efficacy. Avigan showed promise as a coronavirus treatment in Chinese trials, though some previous studies found possible side effects, including fetal deaths or deformities.

The Japanese government has stockpiled 2 million doses of Avigan, but this may not be enough for all coronavirus patients. Fujifilm said it plans to accelerate production via cooperation with domestic and overseas partners.

If Avigan and all other medications are approved for use in the treatment of COVID-19, medical practitioners will have a range of options to choose from, depending on the condition of their patients, Kanatani said.

Among other Japanese companies, Takeda Pharmaceutical is developing a new drug using antibodies taken from patients who have recovered from COVID-19.

Repurposing drugs for use against the coronavirus is possible because, while there are many different viruses, they function in a similar manner: latching onto a host cell, taking over its chemical machinery to produce copies of themselves and breaking away from the host to attack other cells. This means that a drug that can block this cycle in one virus may be useful against others.

Repurposing existing medications is also much faster than developing them from scratch. Still, it is likely to be at least a year or so before any of these drugs is found to be effective and safe for patients and becomes widely available, experts say. Some also warn that hopes for finding an effective treatment quickly are overblown. Recent developments suggest the path from clinical trials to a cure will be bumpy.

Kaletra, which is a combination of two medicines, lopinavir and ritonavir, was tried as a treatment for the coronavirus but found ineffective in a large-scale clinical trial, Chinese researchers wrote in the New England Journal of Medicine on March 18.

Drugs that show promise in laboratory experiments or animal tests often prove ineffective in clinical trials in humans, according to Ujike, the virologist. "It is nice to hear about so many potential medications, but they need to be examined carefully for effectiveness," he said.

Scientists say the best defense against viral outbreaks is vaccination, but they agree that developing a vaccine is difficult, costly and time consuming. The process can take a year or more. Vaccines are typically made by culturing viruses that have been deliberately weakened by removing specific genes from their DNA or RNA.

Research on a vaccine is already under way at large drug companies, such as U.S. drugmaker Johnson & Johnson and Sanofi of France. Japanese companies are also on the hunt, including Mitsubishi Tanabe Pharma through its Canadian subsidiary Medicago, and Tokyo-based Irom Group, which is working with Fudan University in Shanghai.

J&J said Monday that a vaccine should be ready for emergency use in early 2021, with clinical trials set to begin in September at the latest. The announcement, however, is unlikely to stop Japan and other Asian countries from developing their own drugs or vaccines, amid concerns that new medications may be in short supply, experts say.

Dr. Takeshi Kasai, regional director for the western Pacific at the World Health Organization, said Tuesday that there are now more than 50 candidate vaccines for COVID-19 and several clinical trials for treatments ongoing. Some experimental vaccines have moved as far as human trials, Kasai said.

"That is remarkable speed and I hope that the vaccine development will be ... as fast as we want. But it will still take some more time on the treatment side," Kasai told a media briefing.