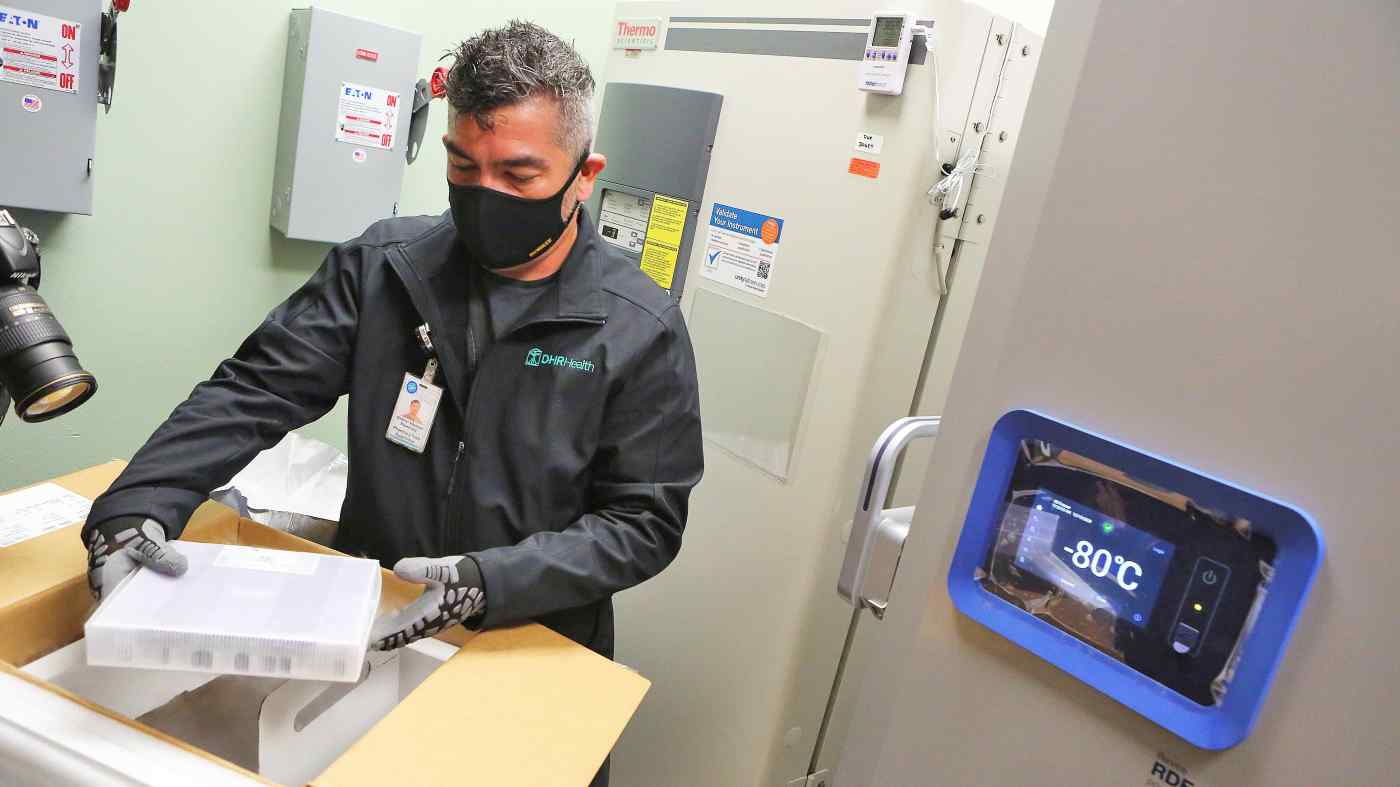 NEW DELHI -- As India draws up a comprehensive COVID-19 vaccine distribution strategy, Luxembourg-based B Medical Systems, a global supplier of medical-grade refrigerators, freezers and transport boxes, is looking to build a factory that will help the country forge the vital cold chain needed to deliver vaccines.

The company's top management team is currently in India to finalize a site for its planned factory, which it aims to have up and running by March. It will be B Medical Systems' first plant outside Luxembourg.

"We will set up our plant, which will be operational by no later than March next year. ... That decision has [already] been taken," Jesal Doshi, the company's deputy CEO, told Nikkei Asia in an interview on Wednesday. "The most important priority for us is to be able to start it immediately in a very short period of time," he said.

The executives' visit comes as U.S. drugmaker Pfizer and two Indian companies, the Serum Institute of India and Bharat Biotech, are seeking the Indian drug regulator's permission for emergency use of their vaccines. As soon as any of the vaccines is approved, the country will roll out its vaccination program, targeting around 300 million people by August.

The temperature at which vaccines must be stored varies. Pfizer and BioNTech's shots are being transported in specially built boxes that can store 1,000 to 5,000 doses at a super cold minus 70 C for up to 10 days. The vaccine developed by Moderna also must be stored at subzero temperatures, but at minus 20 C.

India, which has the second-highest number of novel coronavirus infections after the U.S., has so far reported over 9.9 million cases and 144,000 deaths. Establishing a cold chain to deliver the COVID-19 inoculations to vaccination sites is crucial to the country's effort to stamp out the disease. Local production of the equipment could play an important role. A medic administers an experimental COVID-19 vaccine to a health worker as part of a drug trial in Ahmedabad, India.   © Reuters

B Medical Systems has its origins in the cold chain division of Electrolux, which was founded in 1979, according to the company's website. Doshi said the company has decades of experience in the vaccine cold chain business and has supplied products to every country in the world other than North Korea. It has more than 250 employees at present.

B Medical Systems, which is also considering working with a local partner to set up the factory, plans to produce all its vaccine cold chain products, including solar powered refrigerators, freezers and vaccine boxes, in India, where it is expected to hire 60 to 70 people over the next two months, taking the total payroll in the country to nearly 200 in a year's time.

The management team is considering where to build the plant, which will require an investment of about 15 million euros ($18.3 million). "We have visited Hyderabad, Mumbai and are now in Gujarat, [but] we have not zeroed in on yet on the final location," Doshi said.

During their visit, the executives are meeting with vaccine makers and pharmaceutical companies that could be in need of their products in the near future. Among them are representatives from drugmaker Dr. Reddy's Laboratories and Indian COVID-19 vaccine developers such as Bharat Biotech, Biological E and Zydus Cadila.

Doshi said the company is assessing how much capacity the plant will need. "The challenge is that every time we meet customers, we get a sense of their requirements, and the numbers just keep on increasing." B Medical Systems' production technology is "very quickly scalable," he said, without elaborating on capacity at the Luxembourg plant. The cold chain specialist plans to expand its facility in Luxembourg to 600,000 sq. feet from 400,000 sq. feet in the next three months.

The company also makes equipment for storing and transporting blood and blood plasma, some of which it will manufacture in India as well, apart from the vaccine cold chain products.

"[O]ur solutions can store basically anything from minus 80 C to plus 25 C," Doshi said, adding that the company is also qualified under the most stringent regulatory approvals, whether it is the medical device regulative in Europe or the U.S. Food and Drug Administration.

B Medical Systems had no plans for a factory in India until about a month ago, but things changed following a virtual summit between India's Prime Minister Narendra Modi and his Luxembourg counterpart, Xavier Bettel, on Nov. 19.

Doshi, who along with CEO Luc Provost arrived in India at the beginning of last week, said Bettel conveyed to Modi that B Medical Systems could help India, given the scale of the challenge of COVD-19 vaccination and storage in the country.

Modi, for his part, said he would like the company to make products in India, following which "we have received a lot of support from the government of India to set up something in [this country]," Doshi said.