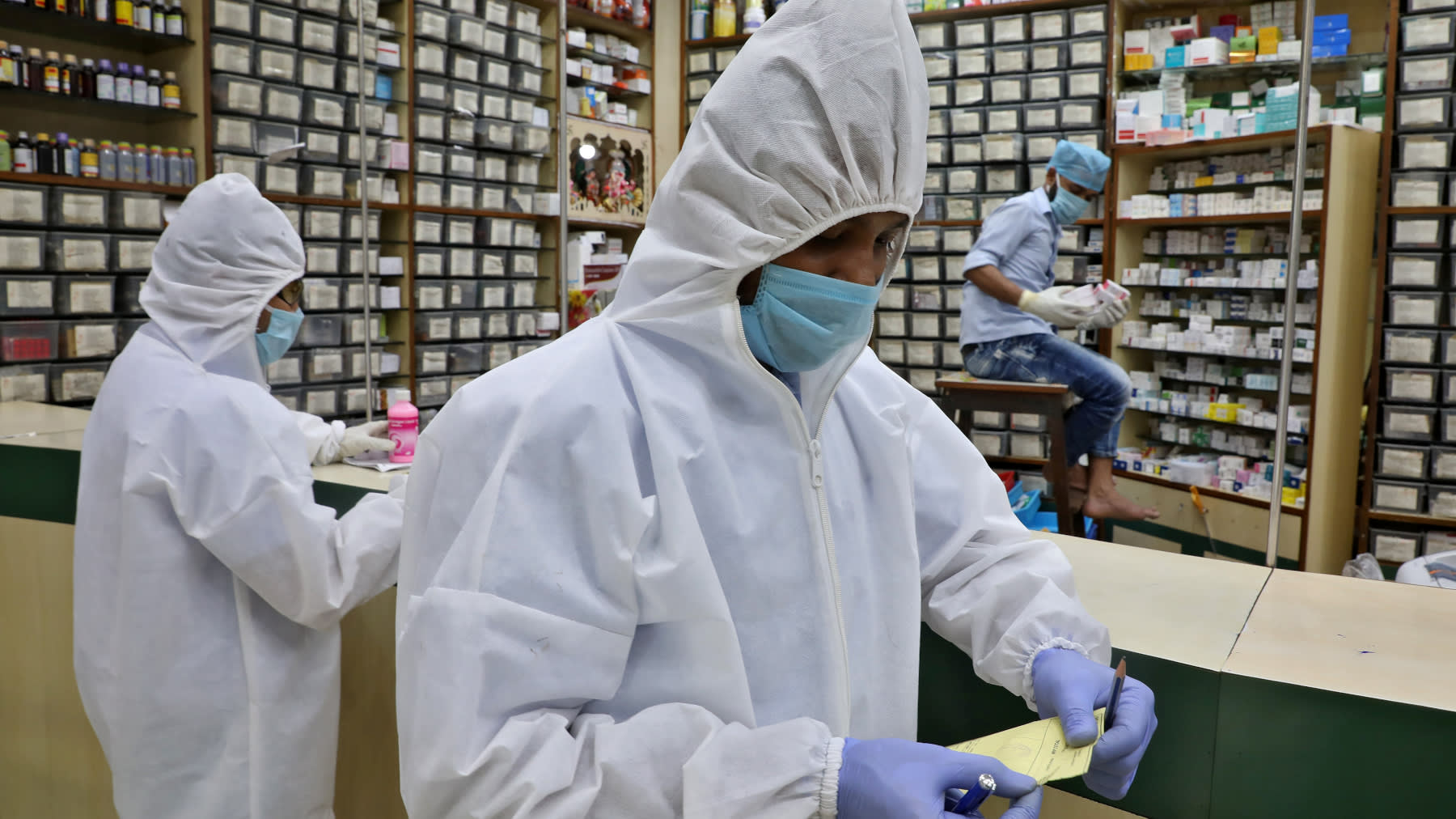 Chinese manufacturers Guangzhou Wondfo Biotech and Zhuhai Livzon Diagnostics supplied these testing kits and are now being investigated by the Indian Council of Medical Research, according to media reports.

The move comes as the Indian subsidiary of South Korean firm SD Biosensor starts production of antibody test kits at its plant in the northern state of Haryana, with a capacity to manufacture 500,000 per week.

India's complaint follows reports of other countries, including Spain and Turkey, rejecting Chinese-supplied testing kits and other medical supplies exported as part of Beijing's effort to fight the coronavirus pandemic.

India recently imported about 700,000 of these kits from China and distributed them to various parts of the country with the aim of speeding up detection of coronavirus cases. Antibody tests of blood samples, which detect signs of the body's response to the virus rather than the virus itself, yield results faster than tests that rely on throat swabs.

Wondfo Biotech provided about 500,000 kits to India, while Livzon Diagnostics supplied 200,000 kits, an unnamed ICMR official was quoted as saying by ANI news agency. Some of the kits have been found "faulty" by the council, the official said.

Ji Rong, the spokesperson for the Chinese Embassy in India, reacted on Twitter to reports about the rapid testing kits. "China attaches great importance to the quality of exported medical products," she said. "Will keep close communication with Indian concerned agency and provide necessary assistance."

On Tuesday, Wondfo Biotech issued a statement disputing reports in the U.K.'s Daily Mail and The New York Times that questioned the accuracy of the Chinese company's tests. The company called the claims in the reports "inaccurate" and said "antibody tests are used as a supplement to nucleic acid detection testing or virus culture identification methods to increase the likelihood of an accurate result."

Raman R. Gangakhedkar, head of the ICMR's epidemiology and communicable diseases division, separately told a media briefing that authorities in one state had complained about the detection rate of the Chinese-made test kits.

The council contacted three more states and found "lot of variation in the test results of positive samples, ranging from 6% to 71%," Gangakhedkar said.

"This is not a good thing because when we see a huge variation, we need to investigate it further, despite the fact that it is the first generation of the test which comes in the crude form and shows variation," he said.

Emphasizing that the coronavirus disease COVID-19 is new and that all tests need to be refined, Gangakhedkar said states have been requested to immediately pause use of the rapid testing kits for two days until ICMR experts are able to evaluate their effectiveness through field visits.

"The first batch was already rolled out on April 19," according to a statement issued by the Indian embassy in Seoul on Wednesday.

The manufacturing of the kits in the Haryana facility of the firm is "an excellent example of India's 'Make In India for World' as the company plans to ramp up production to meet growing demand in India as well as other part of the world," the embassy added.

As of Wednesday evening, India's confirmed coronavirus cases had jumped to 20,471 with 652 deaths. Since March 25, the country's 1.3 billion people are under the world's biggest lockdown, initially meant for three weeks but later extended until May 3, to control the spread of virus infections.