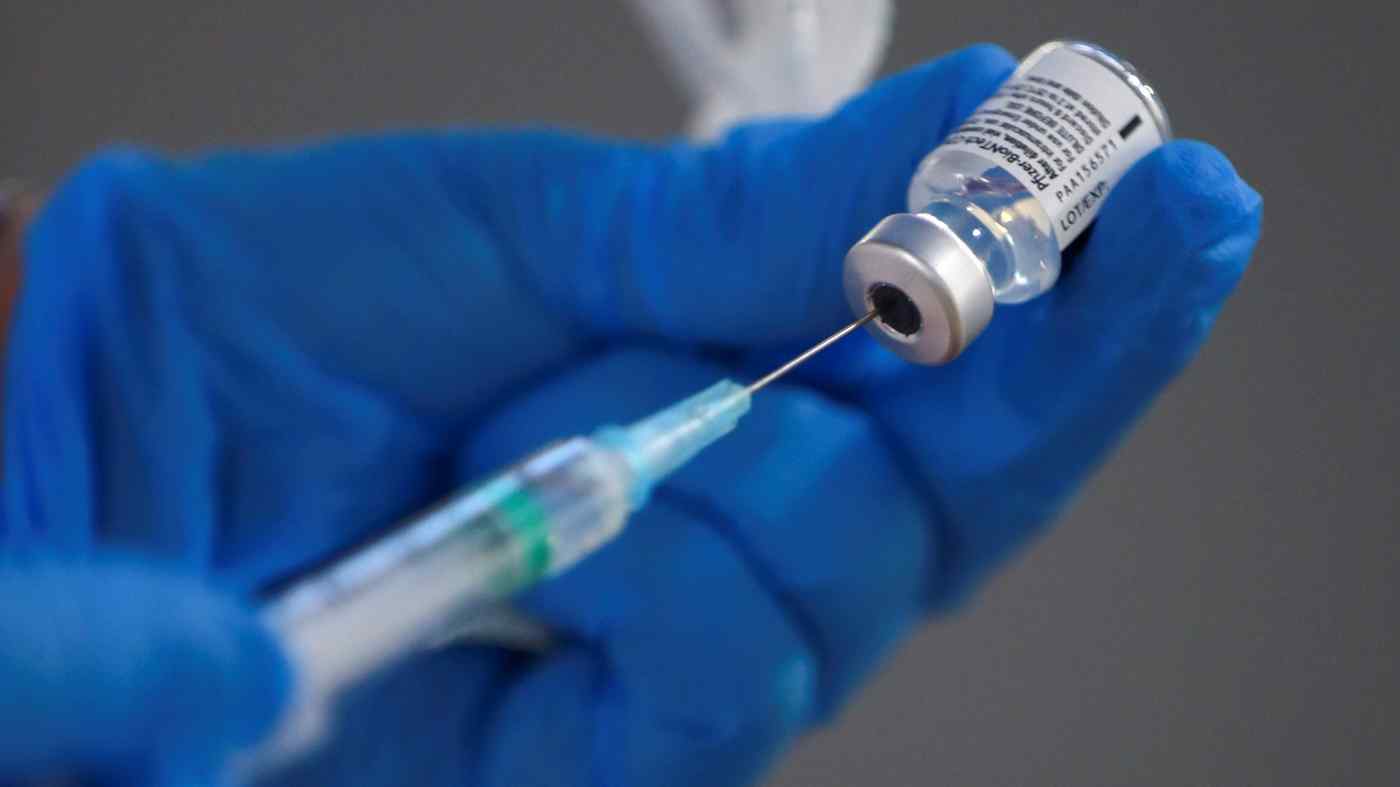 TOKYO -- The Japanese government will spend about $1.5 billion to support the homegrown development of vaccines, Nikkei has learned, as it grapples with uncertainties from relying on imported coronavirus inoculations.

As part of the program, Japan will partner with other Asian nations to create a cross-border network for clinical research and clinical trials to promote speedy development. The government will also assume part of the cost burden for domestic pharmaceutical companies and research institutions that develop vaccines.

The initiative will be financed by 160 billion yen ($1.47 billion) set aside in the third supplementary budget for the current fiscal year passed in January.

The plan is to dispatch experts to emerging Asian economies, such as Southeast Asian nations, experiencing population growth. There, they will help lay the groundwork for supporting clinical research. This will involve training medical professionals as well as bringing in equipment such as diagnostic devices and freezers.

Establishing an international ecosystem for joint vaccine research has potential to shorten the development time span. Vaccine testing requires a large market, which can lead to sales channels later. The infrastructure will serve as a springboard to accelerate vaccine development against future diseases.

The government will consider subsidies to pay for contractors and transporting vaccines. This will apply to final-phase clinical trials involving tens of thousands of people. Japanese law allows clinical trials to be conducted overseas, and the assistance will apply similarly to partnerships with offshore medical facilities.

Japan has signed contracts to procure 300 million vaccine doses from Pfizer, Moderna and AstraZeneca. The goal is to secure enough for the whole country by the first half of this year.

However, vaccines made in the European Union are not allowed to be shipped without approval of the common market. Last week, Italy blocked vaccine shipments to Australia, citing a contract dispute.

"We're at a situation in which each shipment needs to be approved," Taro Kono, Japan's vaccination czar, said Friday. "I intend to make sure we secure enough vaccines for Japan."

Japan approved the Pfizer vaccine on Feb. 14, then started vaccinating front-line medical workers three days later. As of Tuesday, about 107,500 doses had been administered. Vaccinations for older citizens are set to begin in April.

Right now, only two Japanese companies have started clinical trials on coronavirus vaccines: Shionogi & Co. and the Tokyo startup AnGes. Daiichi Sankyo and KM Biologics are due to begin clinical testing on their vaccine candidates later this month.

Although the market for vaccines is expected to grow, the barrier of entry is high. Pfizer, Merck and two other major players control 80% of the global market. Japan has to import most of the seasonal flu vaccines.

Japan was once considered an advanced nation when it came to vaccines. But investment has dwindled due to the declining population and the time it took to get from research and development to commercial application.

Lawsuits involving a mumps, measles and rubella vaccine, as well as a cervical cancer vaccine, contributed to the decline. A focus on producing existing vaccines with stable demand -- and the "convoy system" that protected vaccine developers -- have been blamed for Japan's loss in global competitive advantage.

Members of the ruling party have said the government should throw its weight behind domestic vaccine development. Last Thursday, the Liberal Democratic Party launched a project team concerned with enhancing medical R&D capabilities. The delays in developing a domestic vaccine have been described as a national security issue.

Countries around the world have tapped vaccines as a diplomatic card. Along with Western nations, China, Russia and India have poured resources into developing their own homegrown vaccines. China in particular has offered its vaccines to emerging nations in Southeast Asia and Africa.

"Japan was unable to strategically develop a vaccine," said Koji Wada, professor at Japan's International University of Health and Welfare. "The difficulty in recouping investments may have been a factor."