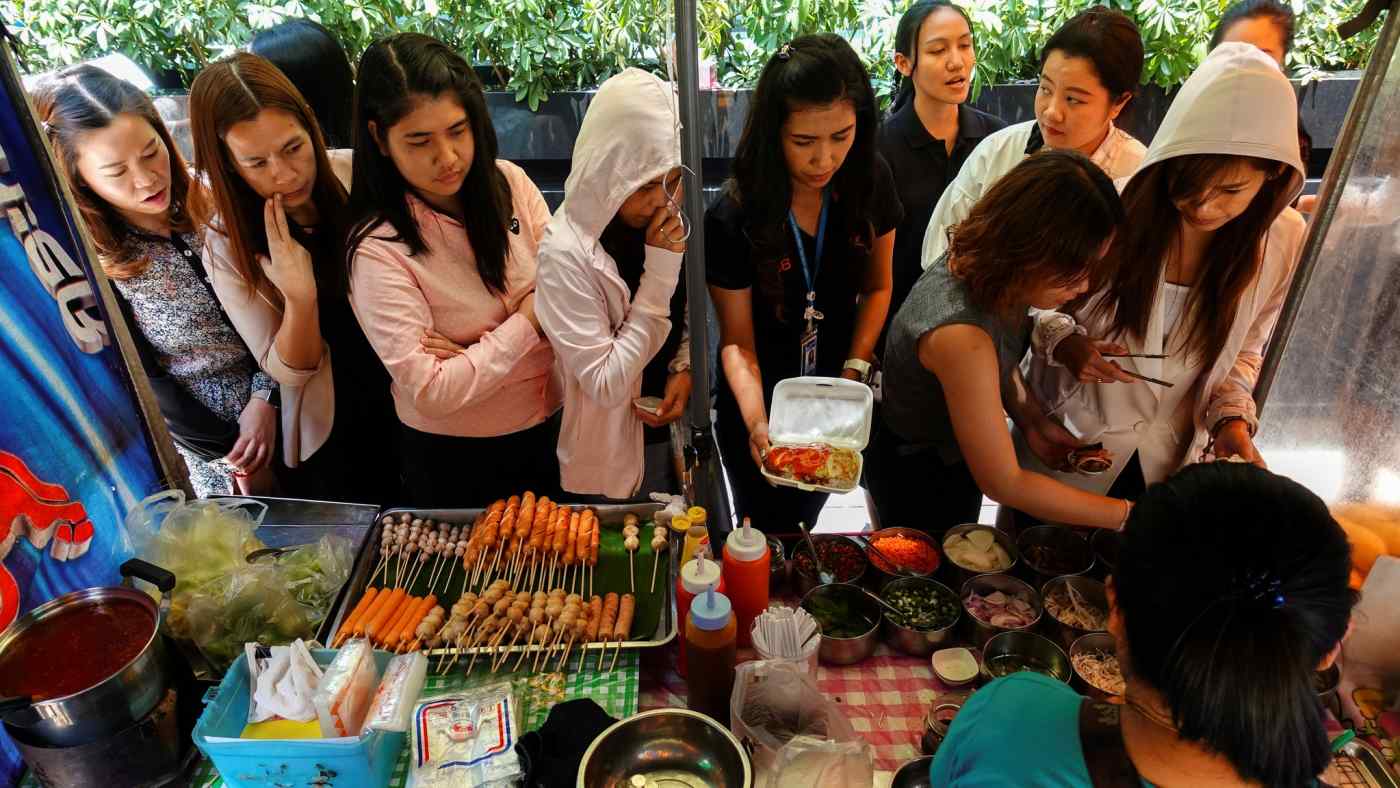 OSAKA/TOKYO -- Second-tier Japanese drugmakers are chasing growth in Southeast Asia as the region's economic development fuels demand for brand-name drugs to treat such ailments as diabetes and high blood pressure.

Lifestyle diseases are growing more common in Thailand, Indonesia, Vietnam and other countries in the region as incomes rise. In Thailand, the obesity rate among adults age 18 and older has risen 7 percentage points over two decades to 10% in 2016.

Osaka-based Mitsubishi Tanabe Pharma forecasts the Southeast Asian drug market will more than double over the next decade to 5 trillion yen ($47 billion) in fiscal 2030. This would put it on par with major markets such as Japan and Germany.

But with health insurance systems still underdeveloped in many areas, low-income households rely mostly on generics. Major players such as Pfizer, Novartis and Japan's Takeda Pharmaceutical have not put much in the way of resources into the region.

This gives smaller Japanese companies that struggle to gain a foothold in markets like the U.S. and China an opportunity to thrive outside the big multinationals' shadow and cultivate a new source of growth.

Mitsubishi Tanabe plans to launch a brand-name diabetes drug in Southeast Asia next fiscal year, starting with Singapore, Indonesia, Malaysia and Thailand. The company also plans to offer Radicava, a treatment for amyotrophic lateral sclerosis, or Lou Gehrig's disease, that is now a cash cow in developed economies.

Mitsubishi Tanabe's Southeast Asian operations have so far focused largely on Herbesser, a 45-year-old blood pressure medication. But with demand expected to grow for treatments for chronic diseases and lifestyle ailments, the drugmaker sees the region as a market it can no longer ignore. It aims to double its Southeast Asian revenue, now in the tens of millions of dollars, in the early 2020s.

Sumitomo Dainippon Pharma set up an office in the region and increased staffing levels early this year to lay the groundwork for an expansion. It looks to roll out its Latuda antipsychotic medication in the Philippines, Vietnam and Malaysia over the next five years. The drug brought in 184.5 billion yen in the U.S. alone last fiscal year.

The company plans to release other medications in the region as well, aiming to lift sales to about 5 billion yen in five years from 3 billion yen now.

Sumitomo Dainippon estimates the Southeast Asian market for nongeneric drugs at 850 billion yen, about a third the size of China's.

"Even if generics come out, [brand-name drugs] could sell at prices on par with Japan, depending on the strength of the brand," a company representative said.

These companies see opportunity in not only the region's growth potential, but also the relative ease of getting drugs approved there.

Treatments that have passed clinical trials in, and have been sold in, multiple countries that participate in an international organization on drug regulation are exempted from the requirement for local trials, which can take four to five years. Each of the drugs to be released by Mitsubishi Tanabe and Sumitomo Dainippon meets these criteria.

Indonesia said last month it would shorten the review period for drugs approved in Japan to 120 days from 300.

Drugmakers are setting up research-and-development operations in the region to meet local needs. Santen Pharmaceutical established a joint research facility with the Singapore government in 2017. The lab developed a myopia treatment that are slated to pass phase two clinical trials in fiscal 2019, with Santen eyeing a release in the 2020s, and is working on other candidates as well.

These forays into Southeast Asia may not go entirely smoothly. Pharmaceutical and intellectual-property regulations are often vague, and requirements in areas such as employment and foreign ownership differ from country to country.

"The biggest risk is the fact that the rules change frequently," said Tomoyuki Yoshida, Santen's head of Southeast Asian strategy, noting that Thailand abruptly notified the company last year that drug prices were being cut in half.

Drugmakers planning to manufacture locally face another set of challenges, which can include unstable electricity supplies, poor industrial water quality and difficulty securing a steady source of materials.

These problems are likely to be solved eventually. But once they are, the big multinationals now waiting for the cost-benefit analysis to tilt in their favor could rush in, creating new problems for the midtier players.