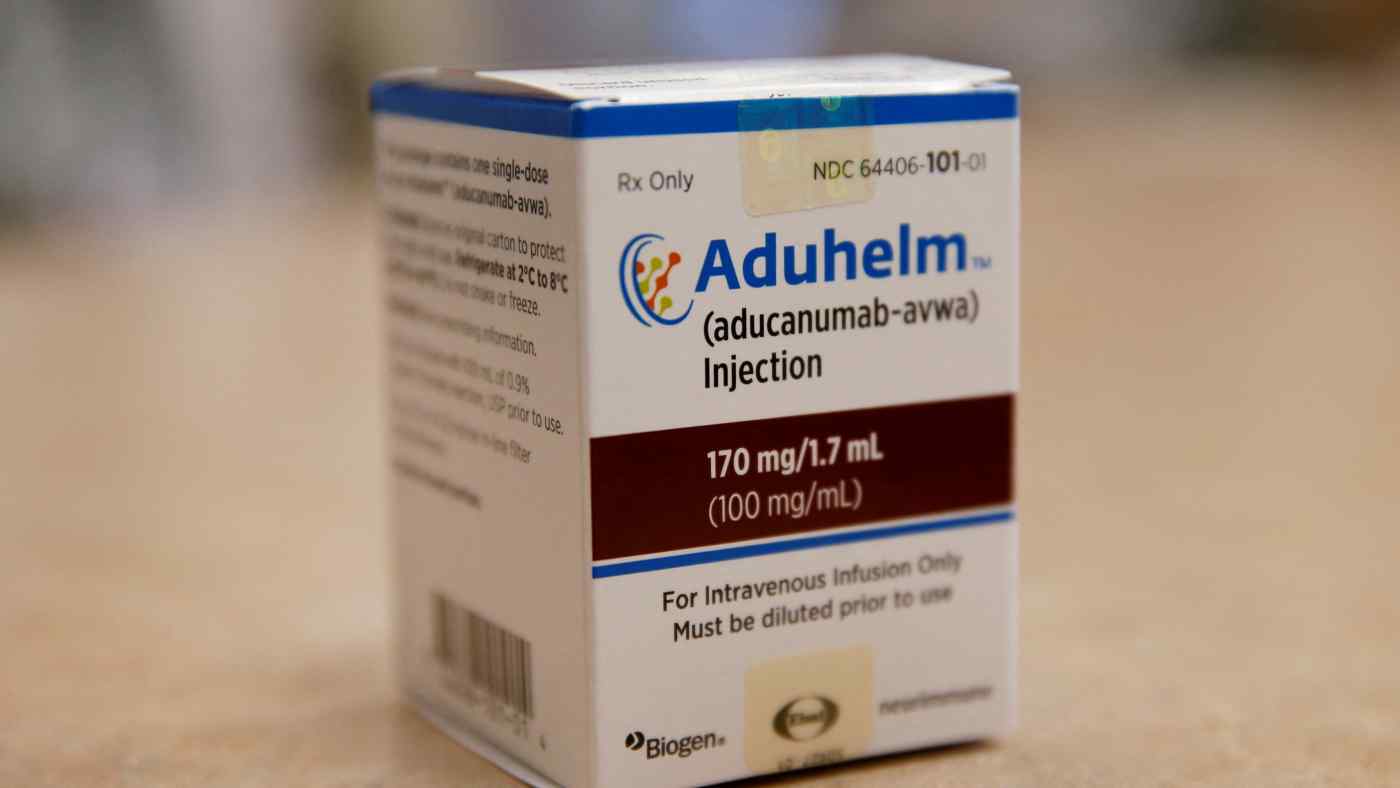 Tokyo-based Eisai and its U.S. partner Biogen say Aduhelm can reduce plaques in the brain as a treatment for Alzheimer's but Japan has withheld regulatory approval.   © Reuters
December 22, 2021 19:45 JST | Japan
CopyCopied

TOKYO (Reuters) -- A Japanese health ministry panel said on Wednesday that inconsistent trial results made it difficult to determine the efficacy of an Alzheimer's treatment developed by Eisai Co and Biogen Inc.

Tokyo-based Eisai and its United States partner filed for Japanese regulatory approval just over a year ago for the drug Aduhelm, which was approved in the United States in June.

In a statement the panel cited inconsistent results from global Phase III trials and a lack of clinical significance in the drug's ability to reduce plaques in the brain. The panel said it would take another look if further data is submitted.

Eisai and Biogen have jointly developed three experimental drugs for the brain-wasting disease, which affects millions around the world and has not seen a new treatment in decades.

Expectations among patient groups and investors for the drug have been on a roller coaster for years. It was nearly abandoned after disappointing trial results in 2019, but Biogen revived it after reviewing data showing that higher doses of the drug could slow disease progression.

The U.S. Food and Drug Administration (FDA) approved the drug earlier this year despite objections from an outside advisory panel its clinical benefit was unproven.

Biogen said on Monday it would cut the U.S. price of Aduhelm, known scientifically as aducanumab, in half amid complaints about its high cost and slower than expected sales.

More than 8 million people in Japan are believed to have dementia or cognitive impairment, while treatment of Alzheimer's patients costs an estimated 7.4 trillion yen ($65 billion) per year.