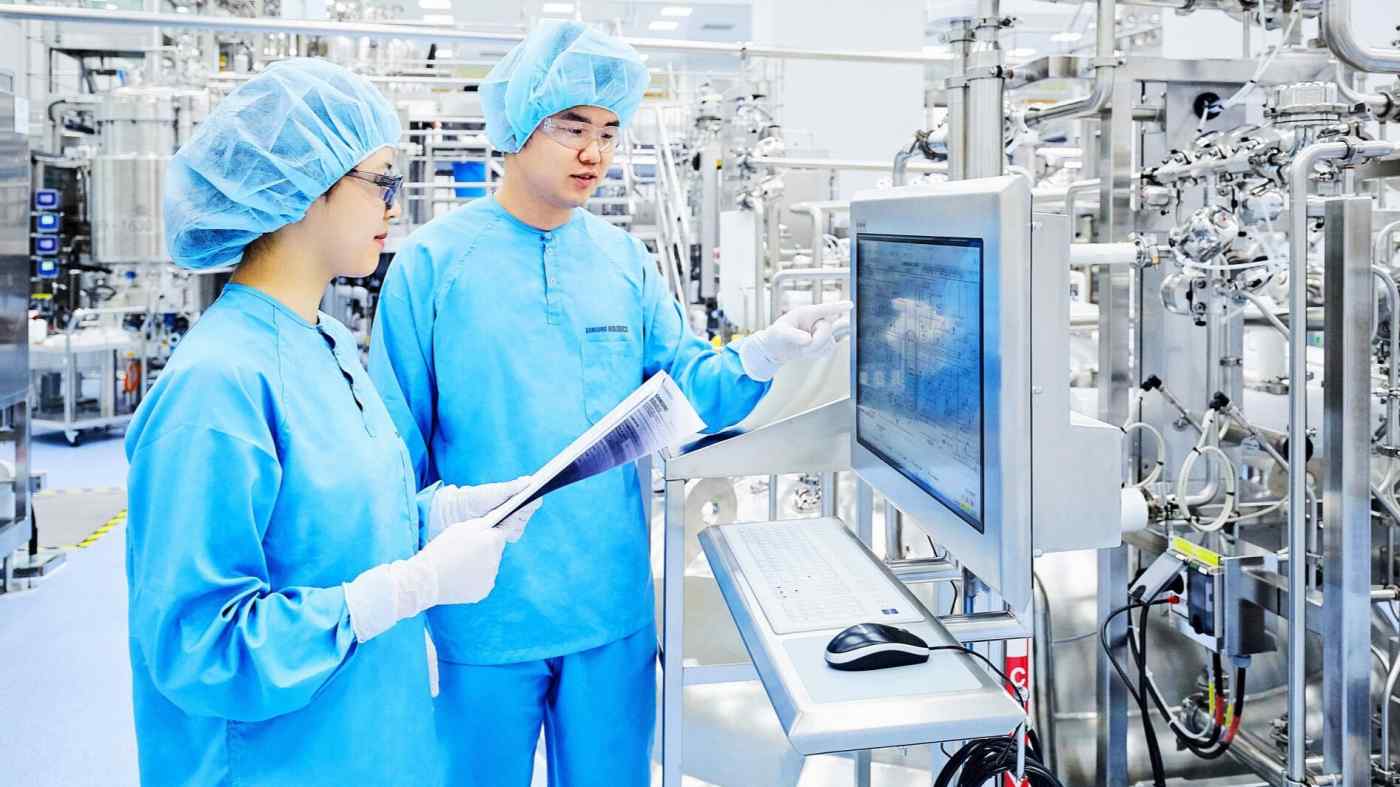 SEOUL -- Samsung Biologics closed $1.5 billion worth of orders in the past three months, as the world's leading contract biopharmaceutical manufacturer topped its sales for all of 2019 by 150% due to the coronavirus pandemic.

The South Korean company most recently signed a $314 million deal with an undisclosed European client.

Samsung Biologics has decided to build its fourth plant in the city of Incheon to keep pace with the rush of demand. The company's stock price has nearly doubled since the end of last year, taking third place among all domestic companies in terms of market value.

In April, Samsung Biologics signed a $362 million contract with Vir Biotechnology to help the U.S. startup scale up production of a coronavirus treatment under development. Other deals immediately followed, including a $231 million agreement with British drug giant GlaxoSmithKline.

The gargantuan costs associated with the development and manufacturing of biopharmaceuticals are driving many companies in the sector to focus on development and outsource mass production.

Samsung Biologics has dedicated copious capital expenditures to build up the world's foremost biopharma production capacity. The mutual growth of investments and orders has produced a virtuous cycle.

Global competition in this arena is poised to heat up. Japanese rival Fujifilm Holdings plans to invest about 100 billion yen ($932 million) in a European plant.