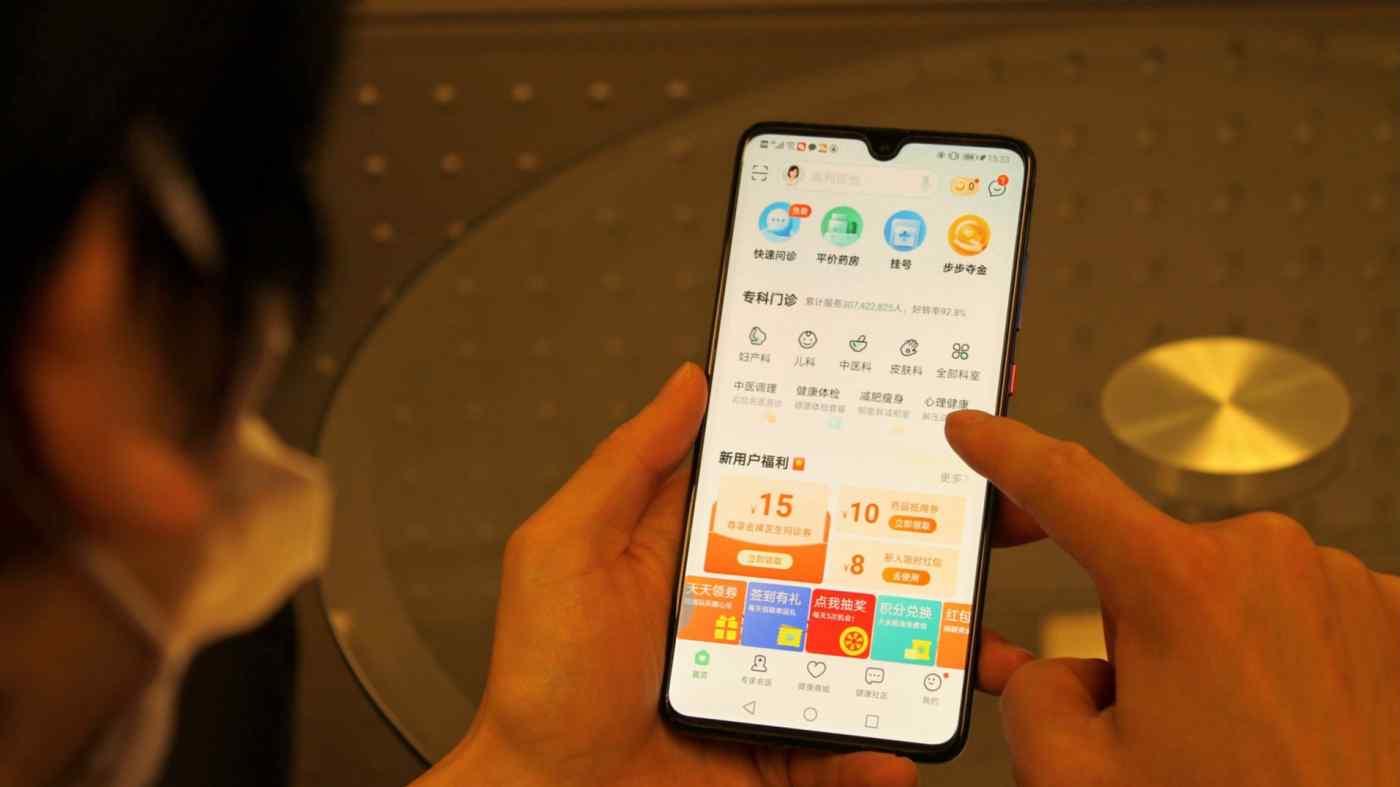 OSAKA -- Japanese pharma Shionogi hopes two joint ventures with China's Ping An Insurance Group -- one already set up in Hong Kong and the other pending in Shanghai -- will be able to leverage its partner's huge health care database to design new drugs and services.

Shionogi and Ping An signed a capital and operational tie-up in March. The two joint ventures will aim to develop new drugs based on a database of over 300 million people maintained by Ping An.

Though the pandemic has delayed the opening of the Shanghai venture, Shionogi will dispatch top staff to both locations as soon as this month, when Sino-Japanese business travel is set to resume.

Shionogi President Isao Teshirogi was drawn to Ping An by the Chinese provider's big data related to health care.

"You can do things in China that you can't do in Japan," Teshirogi said at a news conference with Ping An last month. "The level of freedom is substantially high."

Ping An, founded in 1988, has grown into a conglomerate that includes banking and investment. The company partners with 20,000 health care facilities, and its market value topped $190 billion in October.

The group has become synonymous with the telemedicine app Ping An Good Doctor, the biggest of its kind in China with 346 million users. An artificial intelligence assistant chats with patients to ascertain symptoms.

During the pandemic, Good Doctor's traffic has soared by a factor of eight in terms of health discussions and simple queries, Ping An co-CEO Jessica Tan reported. There were 830,000 daily online consultations as of October, she said.

Based on the initial online interview with the patient, the app's AI picks doctors from among 10,000 candidates. The patient then selects a doctor, referencing customer reviews and other data.

After the doctor conducts a virtual exam, the patient receives a prescription online, then buys the medication at one of 110,000 pharmacies that partner with Ping An.

Shionogi will sell its over-the-counter medicine in China through Good Doctor. The Japanese drugmaker targets over 70 billion yen ($669 million) in sales through the joint ventures in fiscal 2024.

Ping An collects volumes of health data through Good Doctor users, including sleep habits and treatment results. This data is combined and analyzed with information from Ping An's 100 million-plus insurance customers.

The inclusion of stats from healthy people enhances the quality of Ping An's data.

The big data will be used to analyze each individual's health. The results predict what ailments will arise and suggest preventive medication. For patients recovering from an illness, an analysis would recommend a fitness program or other solutions.

Such a service would provide a new source of earnings for a pharmaceutical company. Because developing that service independently would be too prohibitive for Shionogi, the Japanese drugmaker decided to pair with Ping An.

Over 60% of Shionogi's drugs are developed in-house, far above the 20%-30% share at Japanese peers. The partnership with Ping An will refine that strength. Final-phase clinical trials could be streamlined if Ping An's big data is applied to control groups. Trials that typically take five years could be shortened by half.

Shionogi said it seeks to launch trials of drug candidates in China as early as fiscal 2024. Ping An's data cannot be taken out of China, but Shionogi plans to import to Japan the novel drugs developed at the joint ventures.

The Chinese government is pouring resources into attracting multinationals. French drugmaker Sanofi opened its first Asian research and development center in the city of Chengdu. Other global players are answering the call with an eye on accessing China's data.

China's rules safeguarding personal data are weaker than those in Japan and Europe. But drugmakers likely will need to practice caution with handling the data, as the U.S. might air misgivings over drug development procedures given Washington's frictions with Beijing.