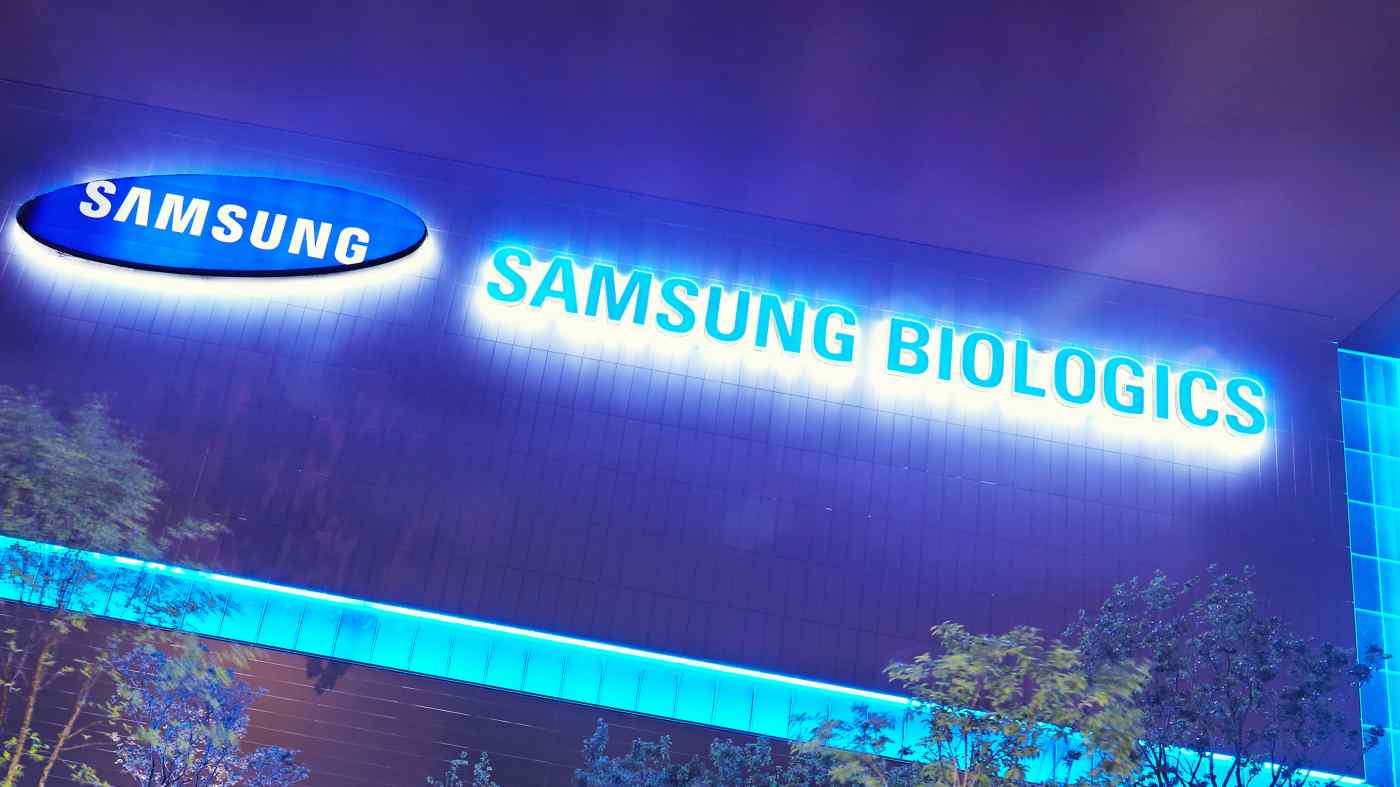 SEOUL -- Investors cheered when Samsung Biologics announced Wednesday that its operating profit for the previous quarter had more than doubled on the year. Its share price accordingly shot up -- despite South Korea's financial regulators warning just a week before that biomedicine remains a risky investor bet.

That rare warning was prompted by a series of scandals and setbacks for an industry that was supposed to represent the next frontier for South Korea's economy.

Samsung Biologics, part of South Korea's biggest business empire, is under investigation for alleged accounting fraud, while compatriot Hanmi Pharmaceutical is still reeling from its failure in a second-stage clinical trial in the U.S., which resulted in the cancellation of a lucrative licensing deal.

The Financial Services Commission issued a statement on Oct 17 saying investors "need to make a careful decision based on substantive value of corporations, as worries are rising over investors' losses due to drastic change in stock prices [of bio and pharmaceutical companies]."

It is rare for the FSC to issue such a warning. Authorities in South Korea usually leave investors to trade at their own discretion. It is all the more notable for the fact that South Korean President Moon Jae-in announced in May plans to turn biomedicine and health care into the country's next leading industries.

Operating profit more than doubled to 23.6 billion won ($20.1 million), thanks to contracts from four U.S. and South Korean clients for developing and producing clinical materials -- though the company declined to name the customers or the deal prices.

Research affiliate Samsung Bioepis meanwhile logged 650 billion won in revenue as of September this year, as much as in all of 2018.

"We warned investors that they should be cautious for bio stocks, but they don't listen to us," said a director at the commission, asking not to be named. "Korean investors have a venture mind, preferring high risks and high premiums. Low-interest rates also drive them to seek more returns."

Another reason driving investor appetite for biomedicine is the high priority that groups like Samsung, the biggest business group in South Korea, have placed on the sector.

Samsung Electronics Vice Chairman Lee Jae-yong, the de facto head of the group, made Biologics a key component of his plans to diversify the conglomerate's revenue sources away from semiconductors and electronics devices. Samsung Electronics is the second-largest shareholder in Samsung Biologics with a 31.49% stake.

But the world's biggest contract manufacturer of medicine by capacity has been under investigation since 2018 for allegedly manipulating the corporate value of its research affiliate in 2015, as part of a plan to help smooth the succession of Lee, the group's heir apparent.

Trading of its shares was briefly suspended in late 2018, and last month the prosecution stepped up its investigation with its third raid on the Incheon-based company in nine months.

The investigation could affect the leadership of Samsung Electronics, as Lee himself may face charges if investigators implicate him in the alleged fraud. The vice chairman is also facing legal trouble related to a bribery case involving former South Korean President Park Geun-hye.

The case is back in the Seoul High Court after the Supreme Court overturned his original sentence in August, ruling that the lower court's interpretation of what constituted bribery was too narrow.

Meanwhile Hanmi Pharmaceutical announced in July that its U.S. partner Janssen had canceled a $810 billion licensing deal signed with the South Korean company in 2015. In the second round of clinical tests, Hanmi's drug failed to meet the standards Janssen set for cutting the blood sugar level of diabetes patients with obesity. The announcement hit Hanmi heavily, pulling down its share prices by a quarter. The stock has struggled to recover since then.

A third troubled biomedicine company is Kolon TissueGene. Trading of its shares has been suspended since late May after authorities revoked its parent Kolon Healthcare's license to produce Invossa, a medicine for osteoarthritis. The Ministry of Food and Drug Safety found that Kolon had submitted falsified documents to win a license for the medicine, using kidney cells instead of cartilage cells in manufacturing the medicine.

Kolon TissueGene was ordered to improve management before its shares could resume trading next year, though it avoided being delisted from the country's minor Kosdaq bourse earlier this month. The decision came three weeks after the U.S. Food and Drug Administration asked the company to submit additional documents related to its clinical tests to receive a license in the American market.

Analysts say one problem under-girding the sector is that South Korea's biomedicine companies lack experts capable of overseeing the whole process of clinical testing, including managing data and materials.

"If [these companies] had more expertise and experience, they could improve speed and success rates [of developing new drugs]," said Koo Ja-Yong, an analyst at DB Financial Investment.

The financial regulator, meanwhile, expects uncertainties to remain for biomedical companies because of the lengthy time and large amounts of money needed to develop and receive approval for new drugs.