Expected to be release this month, method would greatly expand testing capacity 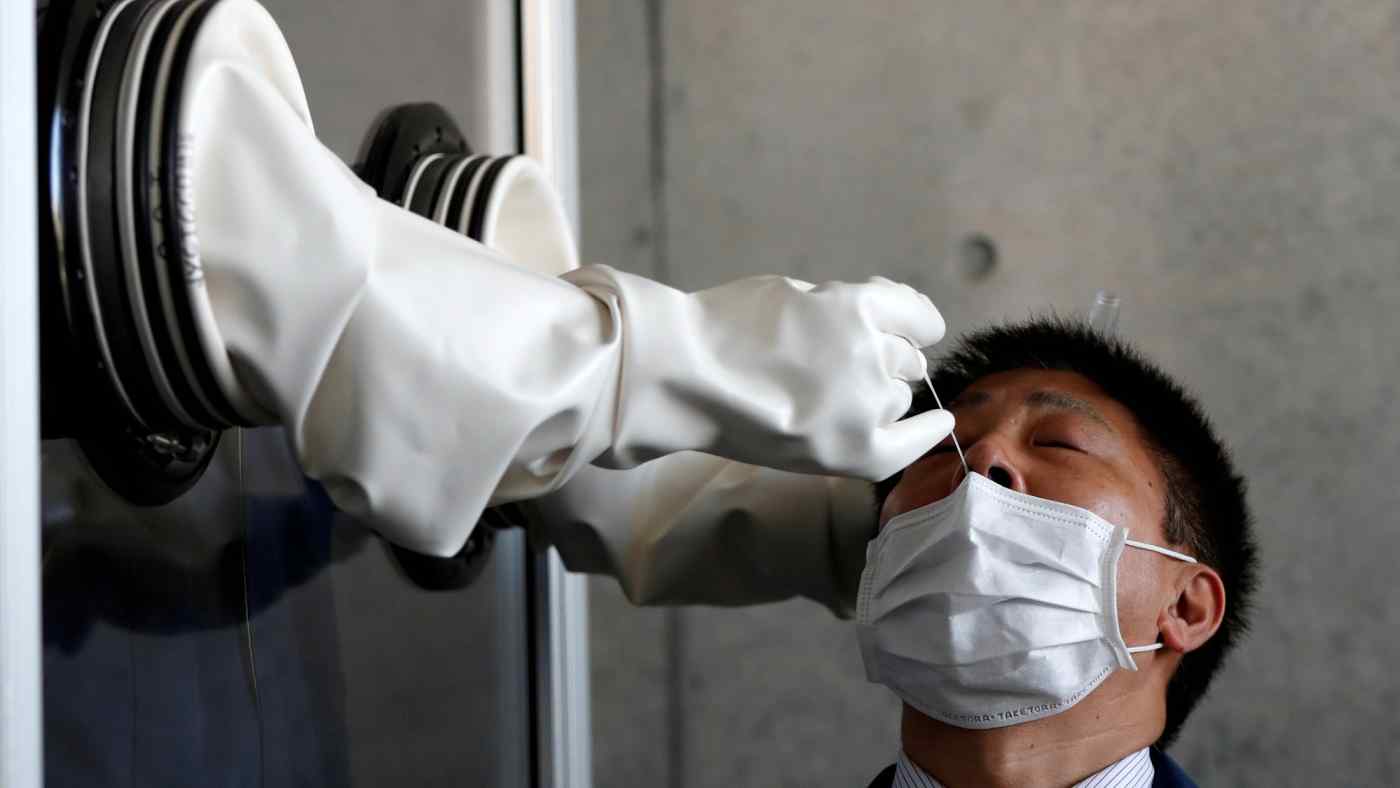 TOKYO -- Takara Bio will release a coronavirus test in Japan as early as this month that uses saliva, enabling samples to be taken from home in what could be a major step toward increased testing and improved health care worker safety.

Current tests require mucus from the nose and throat be collected by trained healthcare workers for PCR testing. The ease of the new test will be useful when gathering samples from millions of people.

The Health Ministry is expected to give its approval soon. Takara Bio is expected to release the first saliva-based test reagent in Japan. It is already preparing to handle 2 million tests a month.

The country has struggled to carry out widespread testing during the pandemic. Japan has conducted 187.8 tests per 100,000 people, while other major economies have done more than 1,000 tests per 100,000. Prime Minister Shinzo Abe said this month that "personnel-related bottlenecks" had caused the low numbers.

Collecting saliva samples also lowers the risk of secondary infections. Mucus taken from the back of the nose often causes coughing and sneezing, raising the possibility that health care workers become infected themselves. Saliva can be collected simply by spitting into a container then sent to a lab.

Polymerase chain reaction tests check for the presence of the virus by amplifying the coronavirus genes in a sample. The reagent developed by Takara Bio can amplify the genes without removing impurities contained in saliva, allowing results in about an hour.

Hokkaido University Hospital has found that coronavirus PCR tests using mucus and saliva of the nose yielded equivalent results. The price of the saliva test is expected to be about the same as those that use mucus.

The Japan Medical Association has already applied for early commercialization of tests using saliva as a sample.

Rutgers University in the U.S. has developed saliva-based PCR testing that has been approved by the Food and Drug Administration, which also approved taking samples at home to send to the university.