US FDA authorizes Pfizer COVID vaccine for emergency use

First shots expected within days to people aged 16 and older 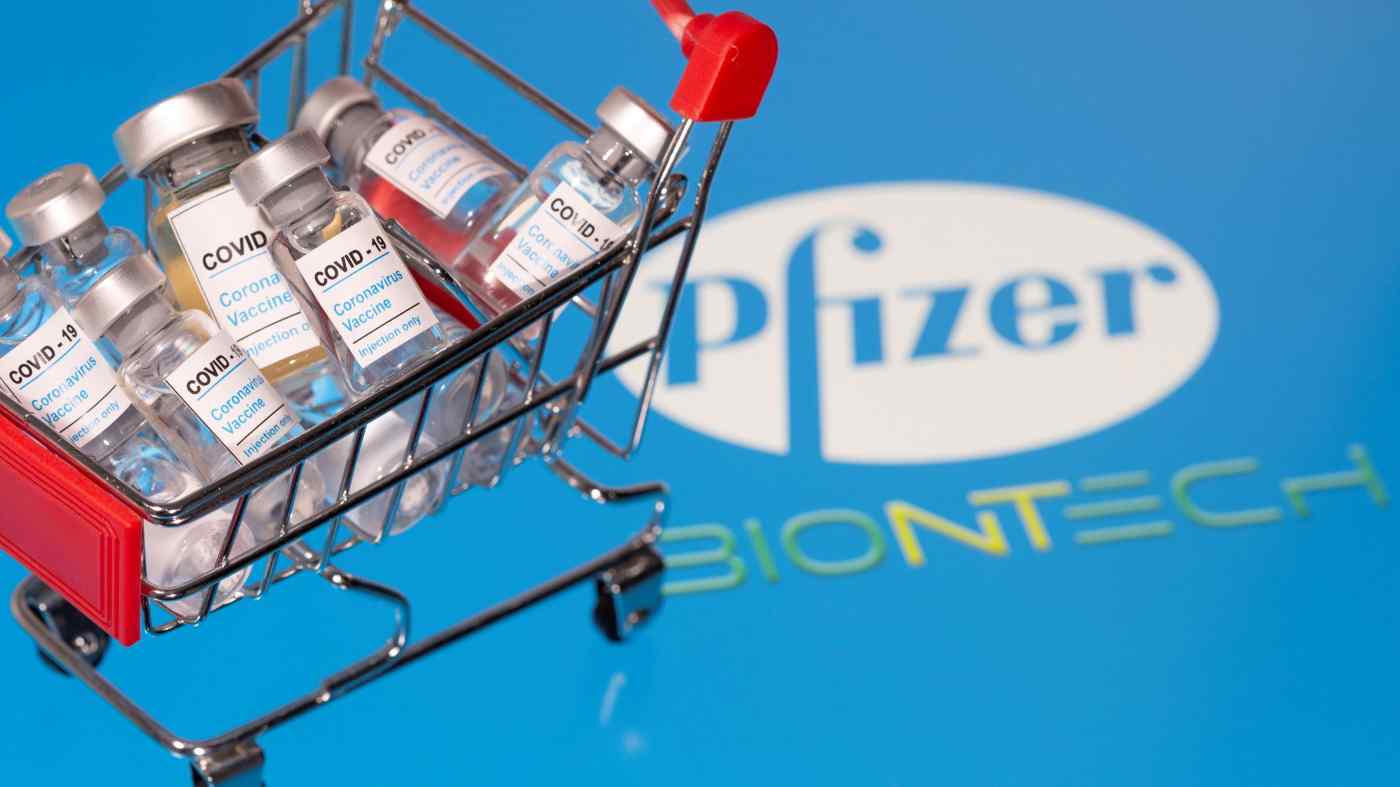 Medical staff and elderly people in long-term care facilities are expected to be the main recipients of the vaccine.   © Reuters
December 12, 2020 11:26 JSTUpdated on December 12, 2020 13:35 JST | North America
CopyCopied

The U.S. Food and Drug Administration said it authorized the use of Pfizer Inc's COVID-19 vaccine on Friday, with the first inoculations expected within days, marking a turning point in the United States where the pandemic has killed more than 295,000 people.

The FDA granted an emergency use authorization for the vaccine, developed with German partner BioNTech, which was shown to be 95% effective in preventing the disease in a late-stage trial. It said the vaccine can be given to people aged 16 and older.

Healthcare workers and elderly people in long-term care facilities are expected to be the main recipients of a first round of 2.9 million doses.

Cases are surging in the United States, with thousands of death per day, while hospital intensive care units across the country are nearing capacity, threatening to overwhelm healthcare systems.

Delivery companies United Parcel Service and FedEx Corp plan to ship millions of the Pfizer doses across the country, giving top priority to the vaccines on their airplanes and trucks.

Millions of Americans could begin getting vaccinated this month, especially if a second vaccine from Moderna Inc is quickly approved.

"It is one step in a sequence of steps that will bring this pandemic to an end," said Amesh Adalja, a senior scholar at the Johns Hopkins Center for Health Security.

He added: "A lot of people will be infected, a lot will be hospitalized and a lot will die before the vaccine is able to have a meaningful impact on spread."

The Pfizer/BioNTech vaccine was first approved in Britain earlier this month, and UK residents began receiving the shots on Tuesday. Canada also authorized the vaccine and expects to start inoculations next week.

Mexico and Bahrain have also approved the Pfizer vaccine.

U.S. President Donald Trump, in a video posted on Twitter, trumpeted the achievement and blamed China for the pandemic. Critics have said his focus on China was aimed at deflecting attention from his missteps in combating the pandemic.

"The United States is the first nation in the world to produce a verifiably safe and effective vaccine. Today's achievement is a reminder of America's unlimited potential," Trump said.

Others with vaccines in advanced development include Moderna, which could win emergency U.S. authorization as soon as next week, AstraZeneca Plc with Oxford University, and Johnson & Johnson.

BioNTech began developing the vaccine in January, using a technology called synthetic messenger RNA (mRNA) that had yet to produce an approved product. The technology uses a chemical messenger to instruct cells to make proteins that mimic part of the new coronavirus, which the immune system learns to recognize as an invader. BioNTech struck a development deal with Pfizer in March.

The vaccine comes with complex distribution challenges as it must be shipped and stored at -70 Celsius (-94 F), requiring specialized ultra-cold freezers or supplies of dry ice.

Moderna's vaccine employs the same technology but does not need to be stored at sub-Arctic temperatures.

Pfizer has developed a special shipping container that will be filled with dry ice to keep the vaccine from spoiling. Many states are concerned about whether there is enough dry ice for shipments to rural areas that lack the specialized freezers, but Pfizer believes there should be sufficient supply.

U.S. health officials have said they will have enough to supply all of the 330 million U.S. residents who wish to be vaccinated by the middle of 2021.

The government has ordered 100 million doses of the Pfizer vaccine - enough to inoculate 50 million people - through its Operation Warp Speed virus development program and could negotiate for more. The status of those talks are unclear.

Pfizer board member and former FDA commissioner Scott Gottlieb said in an interview with CNBC earlier this week that the company had offered to sell the United States more doses as recently as last month but had been turned down.

The United States has agreed to buy 200 million doses of Moderna's two-dose vaccine. The government also has supply deals with J&J and AstraZeneca, but authorization of those vaccines are not imminent.

Top U.S. infectious diseases expert Dr. Anthony Fauci said if distribution goes well and enough Americans agree to get vaccinated, relief for a pandemic weary nation may be on the horizon.

"As we get to the end of 2021, we could approach very much some degree of normality that is close to where we were before."