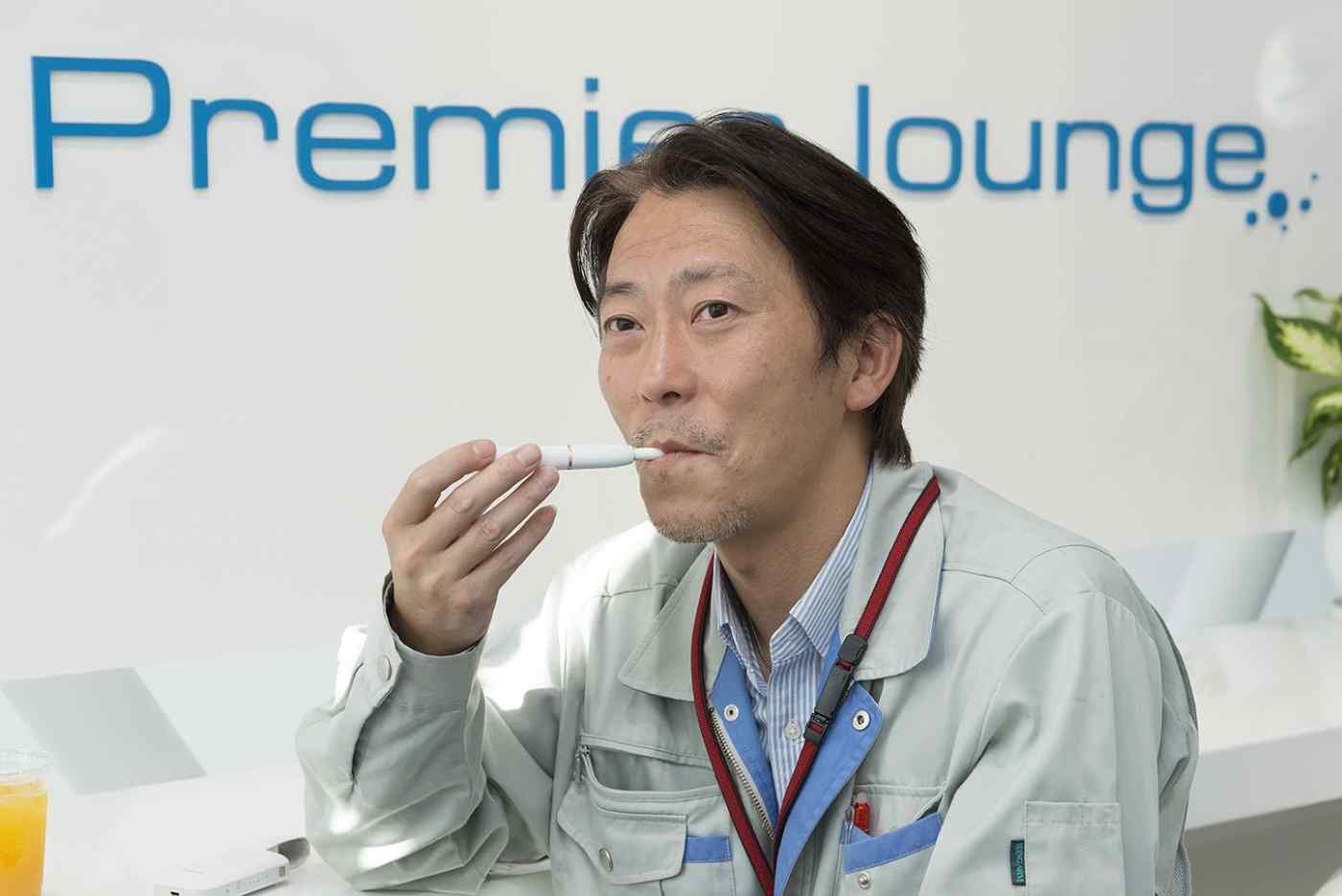 TOKYO -- With an eye toward his passion for distance running, Eiji Noguchi has given up cigarettes. The 42-year-old engineer is running marathons again but hasn't given up tobacco.

"I did manage to give up [cigarettes] for about a month or so five or six years ago when I was training for a triathlon, but I didn't manage to last," he said. To get his fix, he now uses iQOS, an electronic device from Philip Morris International that heats up tobacco to create an inhalable vapor without burning anything.

"I feel so much healthier now I'm using iQOS," said Noguchi, who has been talking up his switch to his friends in Tokyo.

The device has been a hit in the Japanese capital and company officials say they are on track for iQOS to take a 10% share of Tokyo's tobacco market by year-end. In September, iQOS held a 4.3% share of the national market, the world's fourth-largest, according to Philip Morris, with more than 2 million devices sold.

The American owner of the Marlboro brand chose the city of Nagoya as its first test market for iQOS in 2014 and Japan in April became the first national market for the device, which is now being test marketed in cities in nine other countries, mostly in Europe. 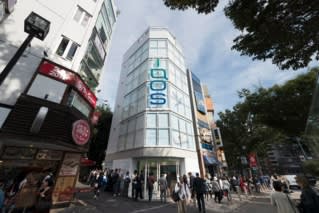 Philip Morris’ IQOS stores in Japan bear resemblance to those of Apple.

Philip Morris' growing success in Japan has prompted local market leader Japan Tobacco to bring out its own next-generation smoking device. It has been test marketing Ploom Tech, which uses a different type of technology, since March in Fukuoka and plans to roll it out nationally next year. British American Tobacco, which on Oct. 21 offered $47 billion to buy out U.S. manufacturer Reynolds American in part to expand its own high-tech smoking offerings, is to test launch its iFuse device in Sendai in December.

In another nod to Apple, Philip Morris is preparing to start selling ancillary products such as device sleeves in the next couple of months. The preliminary designs bear some resemblance to iPhone covers and appear to be targeted at Japanese women who have so far failed to convert from conventional cigarettes as quickly as men, though far fewer are smokers to begin with. On trading websites, collectors buy and sell iQOS "special editions" at multiples of their original asking price.

Philip Morris Japan President Paul Riley said the company has limited the number of devices for sale to control demand for HeatSticks, the cigarette-like sticks of paper-wrapped tobacco used in iQOS. Lines of hopeful customers snaking round an iQOS store are not an uncommon sight in Japan. The company is ramping up capacity to be able to produce 50 billion HeatSticks a year by the end of 2017, from 15 billion this year.

"We originally targeted a 1.5% one-year Japanese market share, but it only took a couple of months [to reach that] so we've ditched targets and are now focusing on converting as many smokers to [reduced risk products] as quickly as possible," Riley said.

He forecast that the company's Japanese iQOS investment will break even by year-end. Globally, Philip Morris still has a 2018 target.

Despite some recent gains, Philip Morris' overall Japan market share still trails well behind Japan Tobacco, at 27.9% to 60.5% in September. Riley however welcomed his rival's move into smoking devices. "Ploom Tech hasn't impacted our Fukuoka sales at all," he said. "In fact we relish the competition because it spreads the message quicker, converting even more smokers."

Philip Morris' challenge will be to replicate its success in Japan elsewhere. The country is well known for being tech- and smoker-friendly. The lack of a strong smell and absence of ash are also two factors local smokers have cited for switching to iQOS.

Anti-tobacco campaigners contest some of the health claims made by proponents of the new devices and worry that they pose a challenge to their goal of weaning the public off tobacco. Governments including Singapore, Thailand, Cambodia, Australia and some Malaysian states have preemptively restricted sales of the cigarette alternatives. Rodrigo Duterte, the president of the Philippines, one of Philip Morris' best markets in Asia, has signaled he will shortly impose a public smoking ban that would include electronic cigarettes and other devices and that a full ban could follow.

Philip Morris nevertheless plans to start testing iQOS in 10 more countries by year-end and another 10 in 2017. Officials say they are encouraged by the results so far in cities in Italy and Switzerland, where HeatSticks have achieved respective market shares of 1.3% and 4.5%.

Analyst Adam Spielman of Citigroup argues Philip Morris will struggle to achieve the same traction in Europe as Japan due to less favorable marketing and advertising regulations. He doubts the company will reach its 2018 break-even target for iQOS though other analysts are more upbeat.

In Japan, HeatSticks are more profitable than conventional Marlboros because though the retail price is the same, less of the included tax has to be paid to the government.

"It's the HeatSticks, which will generate the high sales volume and the cash generation underpinning the [company's] dividend," said Asia President Martin King.