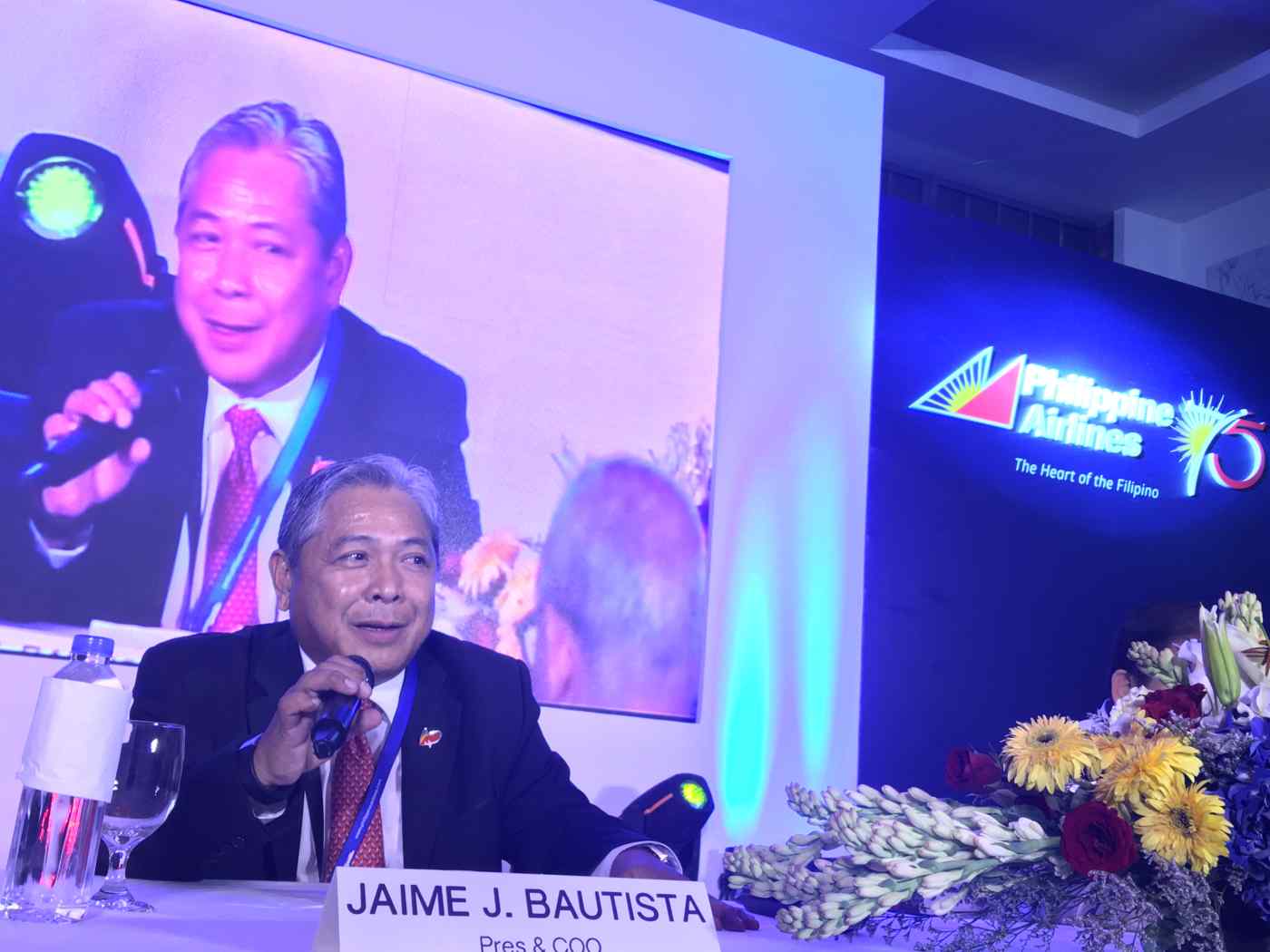 MANILA -- Philippine Airlines (PAL) is chasing a Skytrax five-star rating by 2020 as part of an ambitious five-year plan to regain the lost luster of one of Asia's first full-service carriers, Jaime Bautista, the airline's president, said on Tuesday.

Skytrax describes its airline rating system as "a global benchmark" based on the "quality of frontline product and staff service standards".

The biggest concentration of its five-star airlines is in Asia-Pacific, with All Nippon Airways, Asiana Airlines, Cathay Pacific Airways, Garuda Indonesia, Hainan Airline and Singapore Airlines.

PAL currently has a three-star rating behind Thai Airways International with four stars but ahead of Bangladesh Biman with two. North Korea's Air Koryo sits at the bottom of the rankings with just one.

PAL has 74 aircraft with an average age of four years. It ordered six Airbus 350-900 aircraft worth $1.8 billion during the Singapore Airshow in February on top of a $7-billion fleet upgrade launched in 2012. PAL will take delivery of five Airbus 321s and two Boeing 777-300ERs this year.

The company presently serves 43 international and 30 domestic destinations. It is adding routes to increase passenger traffic to 14 million in 2016 from 12 million last year. These include direct services from Manila to Doha, Jeddah, and Saipan, and from Cebu to Los Angeles.

Chronic airport congestion in Manila has generally cramped airline expansion and damaged on-time performance among carriers. Bautista said PAL plans to make more use of fifth-freedom traffic rights to pick up and offload passengers in a second country while flying to a third.

For example, it will fly to Taipei in Taiwan via Kansai in Japan, and to Dubai in the United Arab Emirates through Kuwait. Fifth-freedom possibilities exist with flights through Australia, Canada, Japan, New Zealand, and Thailand. "For instance, we can fly to New Delhi after Bangkok," said Bautista.

Bautista said PAL wants to fly to Amsterdam, Hamburg, Paris, and Rome as early as 2018 as its new long-range A350-900s come into service.

The Philippines gained improved safety ratings from U.S. and European authorities in 2013 and 2014, paving the way for its airlines to expand.

With an average load factor of 71% last year, PAL said it could reduce seat numbers without forgoing revenue. More spacious seats and better inflight offerings might even allow for higher fares.

PAL began making money in 2014 after three years in the red due to high fuel costs and industrial action. Parent company PAL Holdings is poised to report higher profits in 2015, with January to September net income of 6.11 billion pesos ($130 million), up from 169 million pesos in 2014.

PAL's first flight in 1941 ferried five passengers from Manila to Baguio in the northern Philippines. In 1946, it was the first Asian carrier to cross the Pacific with a flight repatriating 40 U.S. servicemen. The airline later flew to Egypt, Italy, Spain, Switzerland and other European countries, but was to be set back by state mismanagement.

"People looked at PAL before as the best airline in Asia, but we were overtaken by events," Bautista told the Nikkei Asian Review. "Now we want to bring back the glory days."