MANILA -- With 33 million cases sold last year, Emperador is the world's top producer of brandy by volume. But the Philippine distiller announced a deal in earlier this month that shows the company's thirst for growth remains unquenched. 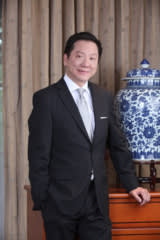 Emperador said May 12 it had agreed to buy a 100% stake in whiskey maker Whyte & Mackay, a unit of India's United Spirits, for 430 million pounds ($723 million). It is one of the biggest overseas acquisitions by a Philippine company in recent years.

"We are an innovative company and we are very passionate about liquor. Whyte & Mackay is an exciting addition to our portfolio," Chairman Andrew Tan told the Nikkei Asian Review.

"Once the acquisition is consummated, it will potentially open up new opportunities in the Philippines and overseas in the long term," he said.

Make it a double

The company says that with Whyte & Mackay, it wants to replicate the success it has had with brandy. In a recent stock exchange filing, Emperador said it hoped to create a "Scotch whisky drinking culture" in the Philippines, where annual whiskey consumption is just 0.01 liter per person, compared with 2.98 liters for brandy.

Emperador has successfully cultivated a brandy culture in the Philippines, where it commands more than 90% of the market for the distilled beverage. Its flagship Emperador brandy is just as famous there as the iconic local brew San Miguel beer.

"The acquisition is not just bringing the products (to the Philippines), it's also Emperador's way of tapping the European market, where Whyte & Mackay is No. 5," Azurin said.

The analyst said he would not be surprised if Whyte & Mackay becomes a household name like Emperador. "With the kind of (distribution) infrastructure they have, they can grow Whyte & Mackay just like they did with Emperador."

Prior to 1990, the Philippine spirits industry was dominated by rum and gin. The introduction of Emperador brandy shook up the market. Now, the company has 20 sales offices throughout the country and a distribution network spanning 100,300 retail outlets, including 90,000 smaller stores.

Why is the company doing so well? Filipinos love a party and raise a glass at any occasion, making the country fertile soil for distilleries and breweries, Azurin said.

Diversification does not mean Emperador is promoting its brandy business any less aggressively. In Spain, for example, the company has been expanding its production capacity for the beverage. Last year, it spent 5.8 billion pesos ($132 million) to acquire nearly 1,000 hectares of vineyards in the European country. This year, it has set aside 4 billion pesos to boost capacity there.

"On our brandy business, we remain bullish," Tan said. "Seven out of 10 bottles of liquor consumed in Manila are Emperador brandy." The chairman said the company's recent expansion moves in Spain "provide a platform for premiumization and global expansion."

To better compete with global rivals, the distiller last year introduced a premium brand called Emperador Deluxe that sells for nearly twice as much as its regular brandy, which retails for $2 per 750 milliliter bottle. The company produces the higher-end offering in Spain and plans to export it to Vietnam and China this year.

The company is looking to boost its global market share for brandy to 33% in four years. It is also aiming high for earnings, with plans to double net profit by 2017 by expanding at home and abroad. Last year, Emperador logged a net profit of 5.8 billion pesos.

The company is a unit of Alliance Global Group, which is also controlled by Tan. The 61-year-old magnate has a net worth of $5.3 billion according to Forbes, making him the Philippines' third-wealthiest man.

Tan, together with Malaysia's Genting Group, formed Travellers International Hotel Group, which opened the country's first integrated hotel and casino in 2009. Travellers International is one of the four licensees at Bagong Nayong Pilipino Entertainment City, a gaming and entertainment hub near Manila Bay that is touted as the Philippines' answer to Las Vegas and Macau.