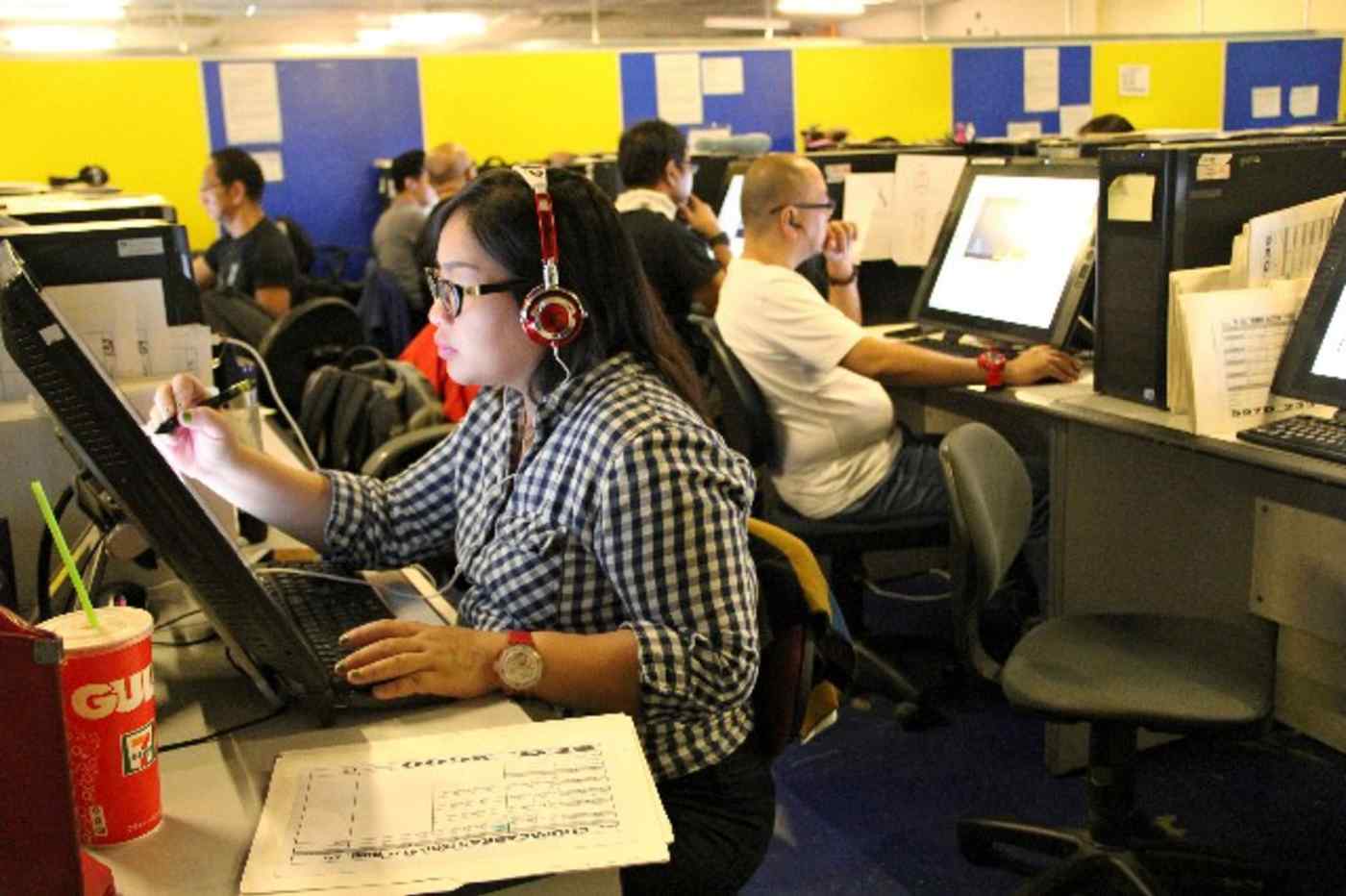 One such company is Synergy 88 Group, which is working with Microsoft on game development. Animations specialist Toon City is helping Walt Disney produce new movies. These companies and others are getting contracts with industry leaders by tapping the Philippines' low-cost, English-speaking workforce.

At Synergy 88's office in an old building in Quezon, a city in metro Manila, workers are beavering away on a new Microsoft game the U.S. software maker hopes to bring to market by the end of the year. Alvin Juban, Synergy 88's executive in charge of games, declined to discuss the game's content.

Synergy 88 works with about 18 overseas game developers. It is on track to increase sales by several times compared with last year, according to Juban. To keep up with surging orders, the company is planning to double or triple its 180-strong workforce over several years. The company is one of a number of Philippine outsourcing specialists riding a wave of globalization among content developers, who are utilizing skilled workers around the world to reduce costs.

In addition to lower costs, the English skills of its workforce provide the Philippines with a big competitive edge. Toon City can respond quickly to emails and handle videoconferences from its key customer, an American animation studio affiliated with Disney. Filipinos can understand the sense of humor of native English speakers and respond effectively to subtle requests from customers in English-speaking countries, said Juan Miguel del Rosario, president and CEO of Toon City.

The company is responsible for creating color animations from rough scetches. In Japan, some of the work is still done by hand using paper and pen. Toon City, by contrast, computerized the entire process in 2012. Computerization allowed the company to reduce the number of animators by two-thirds to 400 and boost productivity dramatically, said del Rosario.

Content outsourcing is becoming a major source of foreign currency for the Philippines. Outsourcers working with makers of animated films racked up $153 million in sales in 2015, about one-tenth the sales generated by the Japanese anime industry. But the sales of Philippine companies are growing at double-digit rates and are likely to keep surging.

The Philippines' strong economic growth in recent years has been driven by its business outsourcing. But it faces stiffer competition from other low-cost countries like Vietnam. To secure its gains, the Philippines needs to learn from India's Information technology outsourcing industry, whose expansion is leveling off after years of rapid growth.

Rising wages are eating into the earnings of Indian outsourcing companies like Tata Consultancy Services. Vietnamese providers of IT services are siphoning customers off from Indian rivals with lower labor costs.

As competition in the global outsourcing services market heats up, Philippine players are trying to ensure their survival by focusing on the more lucrative content segment. They envision a future where they work with Japanese and other foreign companies to develop original game and anime content.

If Philippine outsourcing companies learn to create attractive plots and storylines, the country could become a major hub of content creation.