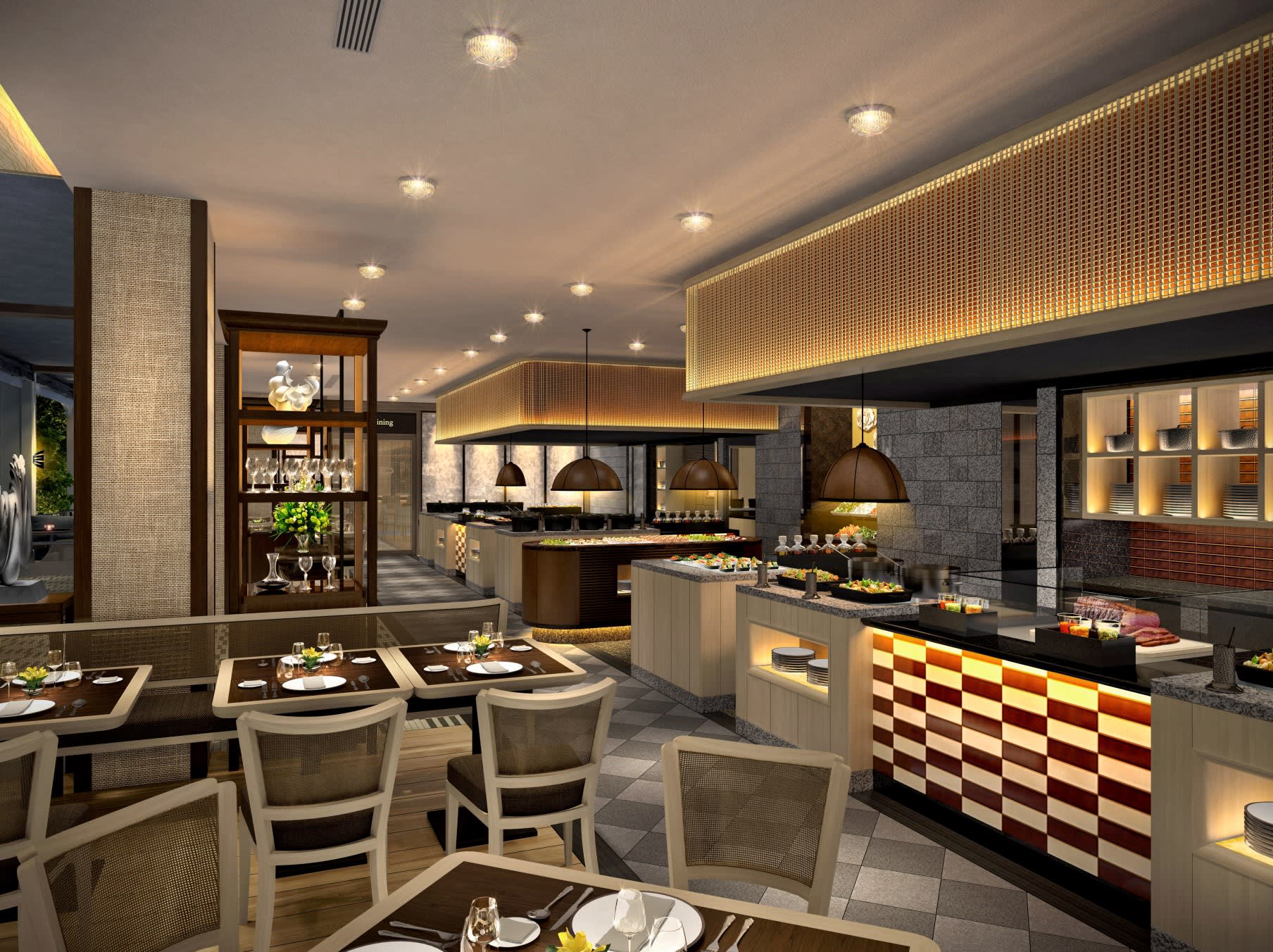 TOKYO -- While most hoteliers in Japan are busy refurbishing their rooms to tap the foreign tourism boom, Prince Hotels is overhauling its restaurants instead, betting that the fastest way to the hearts -- and wallets -- of overseas guests is through their stomachs.

The changes include new menus featuring food and ingredients selected by guests and the use of open kitchens that highlight the chefs' skills.

The Grand Prince Hotel New Takanawa will on April 14 open an eatery called the Buffet & Cafe Slope Side Diner Zakuro. It will feature three "show kitchens" set up near the tables where chefs cook using ingredients chosen by customers. Prices for the lunch buffet start at 4,000 yen ($35.31), plus a service charge, and the dinner buffet starts at 6,500 yen. The restaurant also features a "cafeteria" where guests can order from an a la carte menu. Prices start at 1,200 yen.

Thanks to these and other changes,Prince Hotel expects a 25% increase in its cafeteria sales for the fiscal year starting in April compared with fiscal 2015.

The Shinagawa Prince Hotel, meanwhile, will open a new restaurant, Bistro Japonais Ichozaka, on April 11 that offers buffet-style dining at relatively low prices. Weekday lunch buffets -- which also offer the choice of a main dish -- start at 1,800 yen plus a service charge.

The Shinjuku Prince Hotel will open its refurbished buffet restaurant Prince Marche on April 1. The 90-table space will be equipped with a kitchen, oven and roaster in the dining area, and the menu will offer such dishes as pizza and chicken.

The interior has been entirely redecorated with wood grain materials to create a relaxing environment. Dinners start at 4,900 yen plus, a service charge, for adults. Prince Hotels expects strong demand from couples and groups of friends.

Seibu Holdings, the owner of the hotel chain, has set aside about 100 billion yen for the three years through fiscal 2018 for strengthening its hotel and leisure operations. It has been renovating hotels, primarily in central Tokyo, ahead of the 2020 Tokyo Olympics. The company regards the restaurant improvements as central to its hotel business.