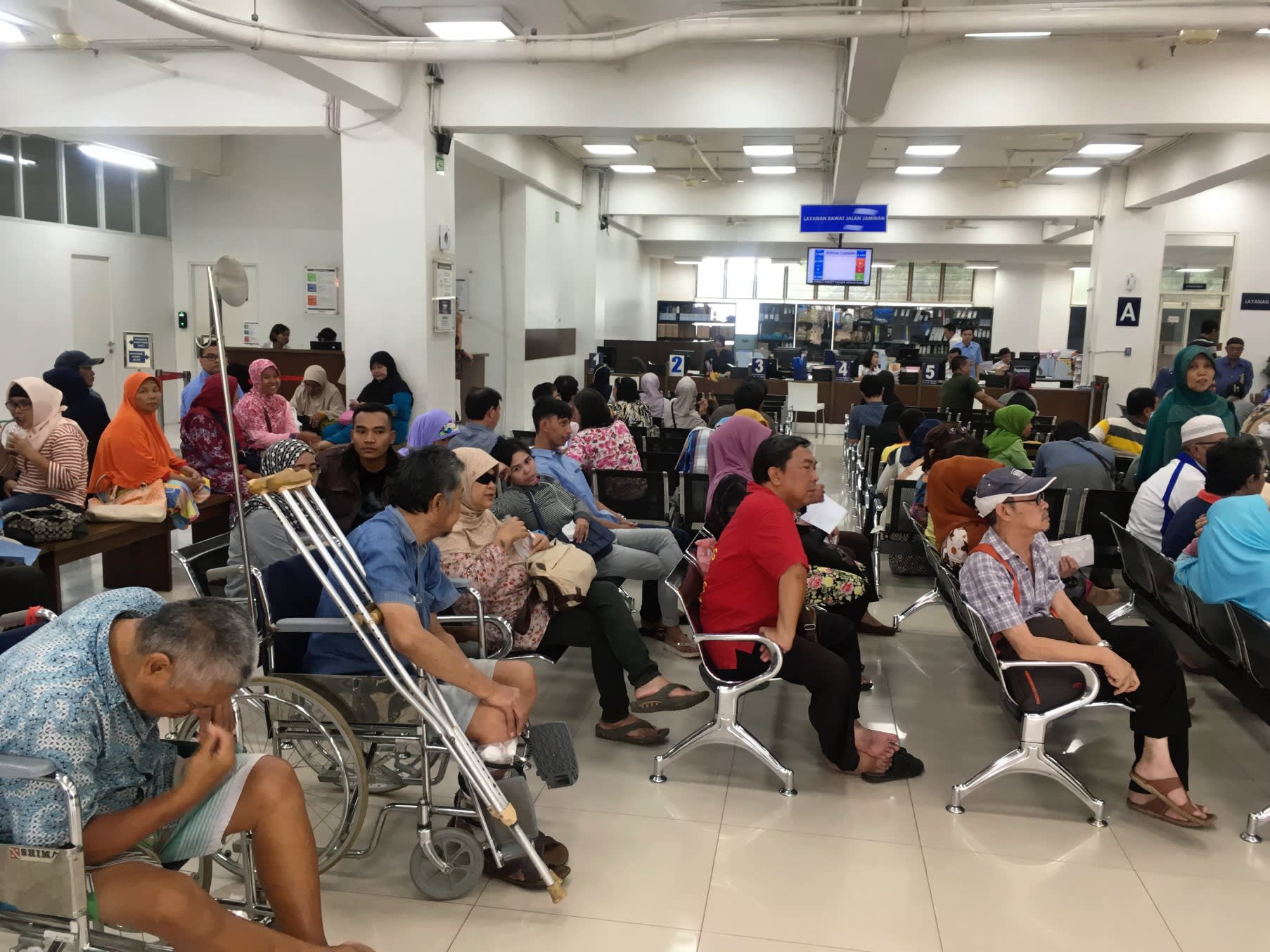 Private health care institutions popping up throughout emerging economies in the region are cutting costs to offer high-quality care at 50-70% the price of the large-scale private hospitals that typically target wealthy patients.

A small-scale clinic in the Manila metropolitan region buzzed with patients recently. The clinic, in the Makati central business district, is equipped to handle internal medicine, otolaryngology and other fields. One man in his late 20s, who came in with nasal troubles, said he appreciated the low costs.

The clinic is operated by QualiMed, a group company of Philippine conglomerate Ayala Corp. The company's examinations usually cost outpatients around 1,000 pesos ($19.85), roughly half what they would pay at a nearby general hospital.

Fees at private Philippine hospitals generally rival those in developed nations. Doctors typically pay 1 million pesos or more for space to practice in these hospitals, then collect fees directly from patients -- meaning said fees tend to be steep.

The Columbia Asia hospital group, in which Japanese trading house Mitsui & Co. owns a stake, operates 18 hospitals catering to middle-income patients in three Southeast Asian countries including Malaysia. Childbirth costs 3,500 ringgit ($784) at a hospital in the suburbs of the Malaysian city of Johor Bahru. Even with a cesarean section, the procedures cost 7,000 ringgit, 60-70% as much as at an upper-class hospital.

Columbia Asia keeps operating costs low by focusing on high-demand fields including internal medicine, pediatrics and orthopedics. When medical specialists are needed, the company recommends other hospitals. It also buys in bulk -- not only medical devices and hospital facilities, but also exam-room chairs, wall paint and decorative pictures.

Many Southeast Asian emerging economies have been slow to establish public hospitals, owing to financial difficulties. These countries often have only 0.6 to two beds per 1,000 people, far behind Japan's 13.7 beds or the developed-country average of 4.8 beds.

In the Philippines, care at public hospitals costs only a few hundred pesos, but patients often must wait months after an initial examination before starting treatment. In many cases, their conditions worsen as they are unable to undergo necessary operations. Other countries face similar problems.

But rising incomes are boosting demand for higher-quality care. QualiMed seeks patients with monthly household income of 15,000 to 120,000 pesos, for whom upper-class hospitals remain out of reach.

Large-scale hospitals are going after the middle class as well. Siloam International Hospitals, a unit of Indonesian real estate company Lippo Karawaci, intends to expand its range of middle-class hospitals, primarily in cities outside metropolitan areas. Siloam aims to double its Indonesian hospital count to 50 locations by 2019.

The company gained ground with the wealthy by promising cutting-edge care right at home in Indonesia. But now Siloam looks to cover a wide range from wealthy to low-income patients, President Romeo Lledo said, targeting people who couldn't afford to go to a hospital before.

Like public hospitals, social security systems have received little funding in Southeast Asia's developing economies. Such nations tend to spend just 2-4% of their gross domestic product on medical expenses, compared with around 10% in developed nations.

But public health insurance can be limited in the hospitals and ailments covered, so private health insurance is on the rise. High premiums for such plans have been an issue, but more businesses are having employees get health insurance plans. The participation rate continues to grow.

Insurance companies are racking their brains as well. Indonesia's Sinarmas MSIG Life has partnered with private hospitals to propose low-premium plans to businesses, and it is getting more signups.