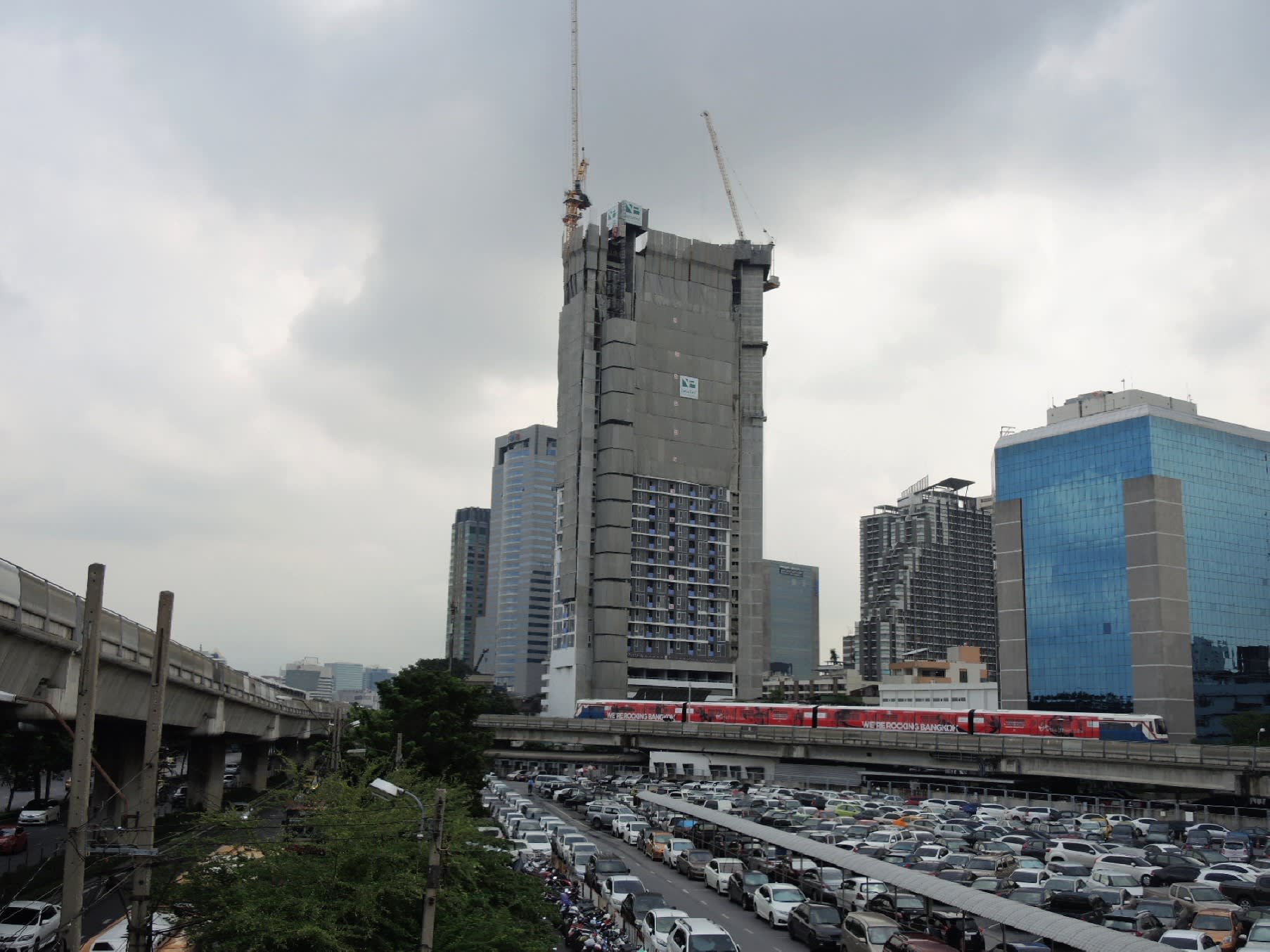 BANGKOK -- As the advance of transit systems gives rise to suburban bed towns in Southeast Asia, real state developers are quickly seizing the opportunity to supply homes to the emerging ranks of residents who commute to city centers.

All sold in a day

Near the Chatuchak subway stop about 10km north of central Bangkok, real-estate developer Sansiri is building a large condominium comprising about 800 units. The area has few high-rises and is close to the starting station of the Purple Line urban rail service launched in August.

All of the apartments were sold on the first day they went on sale. Some of the buyers were foreign investors from Hong Kong and elsewhere, but many were Thais who plan to live in the complex.

"There is solid demand among those who expect improved convenience in the future," says Uthai Uthaisangsuk, a senior executive vice president of Sansiri.

The second-largest property developer in Thailand has formed a joint venture with BTS Group Holdings, an operator of elevated railway services that owns land around the routes. The duo will together invest $2.86 billion by 2020 to construct 25 properties, including projects in Chatuchak.

New commercial establishments are also popping up in greater Bangkok. Retail titan Central Group, for instance, opened the CentralPlaza Westgate in Nonthaburi Province in late August last year. The commercial facility is one of the biggest in Southeast Asia, with about 500 domestic and foreign brand vendors occupying floor space totaling 500,000 sq. meters.

Property developers in Thailand all expect growth to pick up in the outer-ring area of Bangkok -- suburbs outside of the roughly 5km radius from central Bangkok. U.S. real-estate giant CBRE projects that condo supply in Bangkok suburbs will increase 15% this year to a record 61,000 units. By contrast, the supply of new condos is seen decreasing in the central city.

Similar projects are expected in other major Southeast Asian cities where railway systems are under development. Improvements in transit systems are creating suburbs that draw residents from nearby villages and city centers.

In Ho Chi Minh City, the largest metropolis in Vietnam, the country's first urban railway is under construction. The route includes 14 stations spanning about 20km from city center to the southern tip of neighboring Binh Duong Province. Local developer Vingroup is building an 81-story skyscraper, residential properties and other facilities around this route.

Jakarta is also slated to get Indonesia's first urban railway service, set to launch in 2018. A consortium of Japanese companies including Mitsui & Co. and Sumitomo Corp. is undertaking this project in the country's capital.

These changes resemble the city-to-suburb shifts that took place in Japan in the past.

In 2013, per-capita gross domestic product of Bangkok and nearby provinces stood at around 380,000 baht ($10,906) -- comparable to that of Japan during the 1970s, when development picked up around train networks.

Large Japanese players are also foraying into the market. Mitsubishi Estate is constructing condos in Thailand with developer AP (Thailand). And Mitsui Fudosan has a similar venture with a local partner.

But these rapid suburban developments have been far from problem-free. The number of passengers on the Purple Line train services around Bangkok is only about 20% of the initial forecast, with people complaining about high fares and poor connectivity with other trains. Thailand Prime Minister Prayuth Chan-ocha has weighed in, urging the operator to make improvements.

And some condos along train routes are left unsold. It may take some time before lifestyle shifts actually catch up with the pace of development by companies.