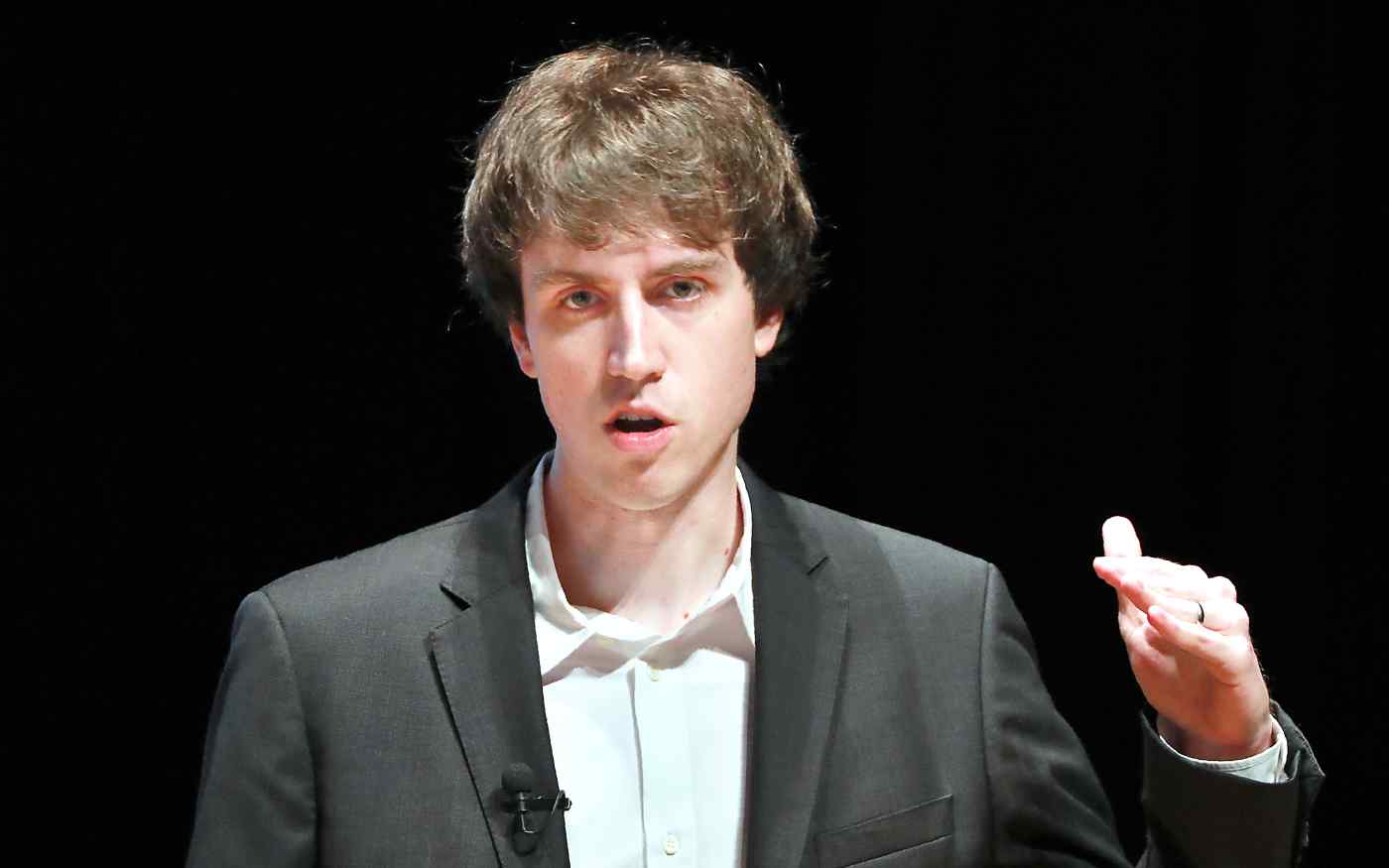 TOKYO -- Up-and-coming U.S. social media company Quora is making a push into the Japanese market. The company is rapidly emerging as an information provider rivaling other social media sites such as Twitter and media outlets such as newspapers.

Quora's founding CEO Adam D'Angelo on Tuesday announced a lineup of Japanese leaders in various fields, including an astronaut, an archaeologist and an expert in artificial intelligence, who are willing to become involved in the online question-and-answer forum run by his company. He made the announcement at the Global Digital Summit in Tokyo, a technology event hosted by Nikkei.

“Japan is a very big market. It has a strong economy and deep culture. I think there is a lot of knowledge here, things that people have learned that no other culture has learned,” D'Angelo said in an interview.

D'Angelo is a former chief technology officer of Facebook. His company's service is similar to newspapers and magazines, in that it providing information the general public is seeking.

The main difference is that, in traditional news media, editors pick the topics they include. At Quora, the content is user-driven, allowing users to ask and answer questions in an open online forum.

Traditional media journalists may not necessarily have an answer to a given question, but they know which experts to ask. Quora's AI curates information about who provides the best answers on a particular topic, so that it can field questions better and more efficiently.

The quality of the answers is evaluated by readers as well as by experts in the relevant field. The analysis is fed back into the AI, allowing it to continuously improve the content.

"The key is that AI reduces the cost of matching and filtering," D'Angelo said. Matching refers to matching a question with the person who is best at answering it as well as matching the answer with people who are interested in reading it. Filtering refers to quality control.

Similar services do exist in Japan, such as Yahoo Chiebukuro, but questions are asked and answered anonymously, often resulting in low-quality content. At Quora, both askers and respondents participate under their real names, ensuring both quality and accountability.

D’Angelo said that Quora is not competing with or displacing traditional newspapers.

“Quora fits into covering these topics that would not get enough readers to make it economical for journalists to cover,” he said. Questions asked in Quora range from very simple ones such as “What are the best places to hike near Hawaii” to life questions such as “Which college should I go to” or “What subjects should I study.”

Answers to questions like these aren’t always available in Google.

“The vast majority of knowledge that people would want access to, they don't currently have access to, because it is not in the Internet,” D’Angelo said. “If you can go and talk to someone who is an expert, you always get much better information than you can get online. But most people in the world don’t have access to talk to experts. People need to make decisions every day that depend on having good knowledge,” he stressed.