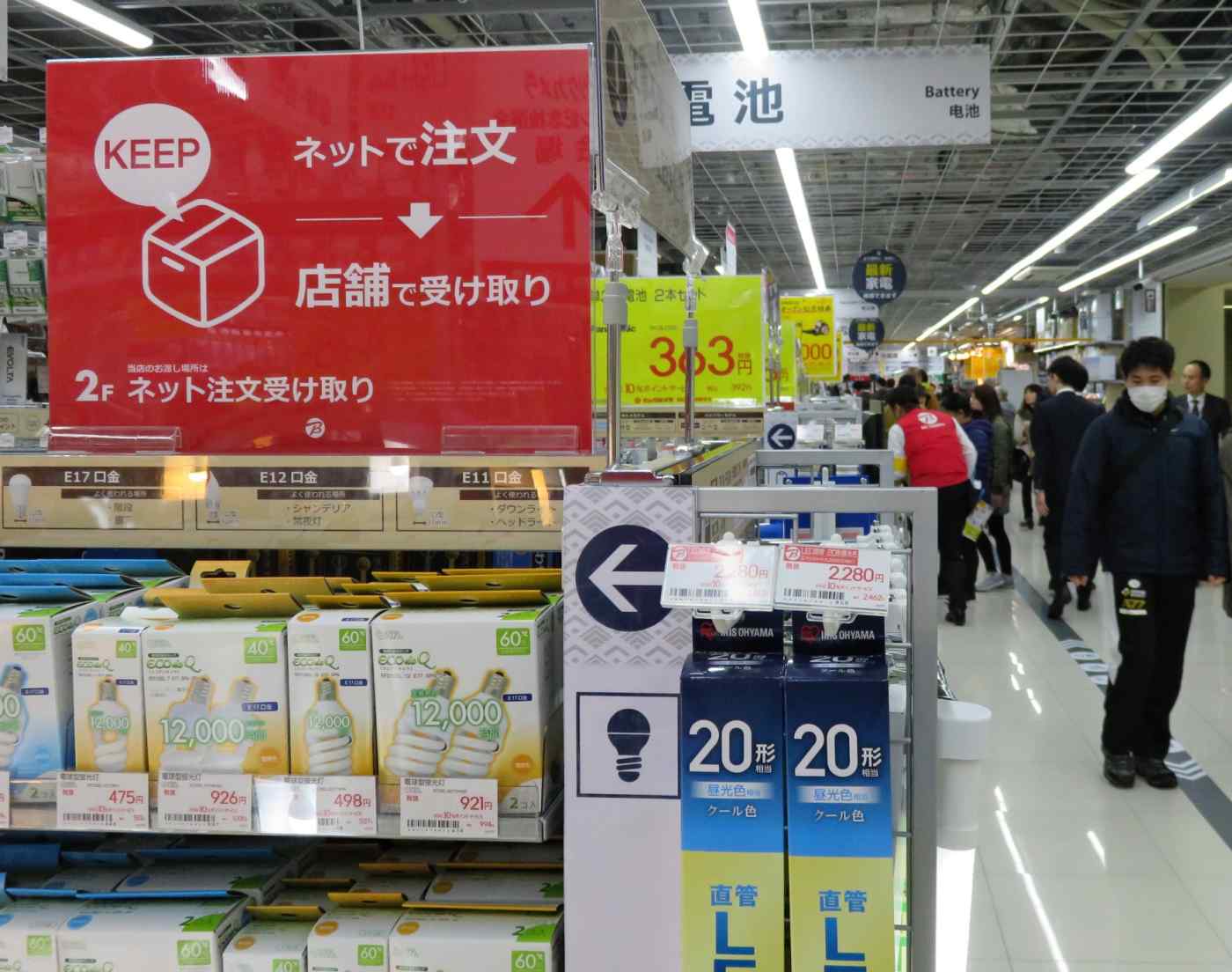 TOKYO - Japan's leading e-commerce site operator and a major consumer electronics retailer are tying up to address common frustrations among online shoppers by offering the best of both online and real-store retailing.

Rakuten and Bic Camera are expected to sign a basic agreement shortly, with an eye toward setting up a joint venture early next year. They will work toward launching their e-commerce site in April.

Bic Camera already operates an online store on the Rakuten Ichiba virtual mall. By integrating its system with Rakuten's, Bic Camera will upgrade the online store into a joint site that will offer improved services, such as easy booking for delivery and installation.

The online site will also enable would-be buyers to search for brick-and-mortar Bic Camera locations that carry the product they are interested in, encouraging them to visit the store and do an in-person check of the product. Further down the road, the scope of their cooperation will be expanded to cover in-store pickups of online orders, common shopping points and joint delivery operations.

For Rakuten, a tie-up with Bic Camera will help it address the weaknesses of e-commerce stores and gain a competitive edge against rivals. While online sales now account for nearly 30% of consumer electronics  and appliance sales in Japan, shoppers have voiced their dissatisfaction about not being able to touch and see the actual product before buying, as well as the absence of attentive delivery and installation services that they can get from physical stores.

For Bic Camera, the chase to catch rival Yodobashi Camera is likely a main reason for the partnership with Rakuten. At 72.9 billion yen ($648 million), online sales accounted for 9.2% of Bic Camera's sales in the year ended in August. Yodobashi Camera generated 108 billion yen in online sales in the year through March 2017, thanks partly to a speedy delivery service that gets purchases to customers' doors in as quickly as two and a half hours.

Bic Camera also operates its own e-commerce site, BicCamera.com, but the company does not anticipate much negative impact from launching the store with Rakuten.

"Most of the Rakuten Ichiba shoppers will be new customers for us, because people who buy in the 'Rakuten economic zone' are different from those who buy from" our website, a Bic Camera official said.