The market has not reacted well to the announcement, but the plan has its reasons TOKYO It turns out that Rakuten's announcement on Dec. 14 that it will establish its own mobile network was not what investors wanted to hear. They sent the Japanese online mall operator's stock plunging, in fear that the company stands no chance against the country's big three carriers.

They may have missed the point.

Rakuten's stock fell nearly 5% during trading in Tokyo on Dec. 14. It dropped a further 5% the following day, closing at a year-to-date low of 1,025 yen.

The reaction is understandable: It will not be easy for Rakuten to make a dent in the oligopoly of NTT Docomo, KDDI and SoftBank Group. Plus, the planned capital investment will leave the company with an additional 600 billion yen ($5.34 billion) in interest-bearing debt. 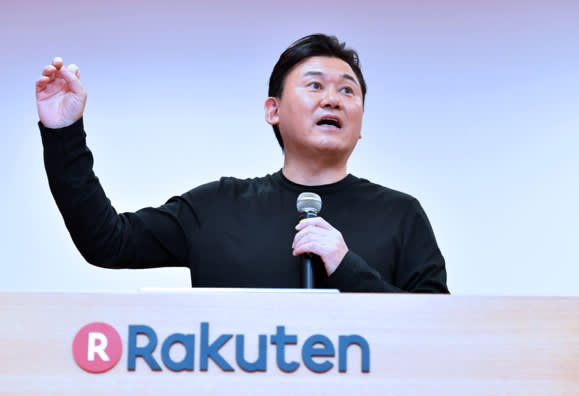 The fall was largely due to stiffer competition in online shopping. To counter powerful rivals like Amazon.com, Rakuten gave customers generous helpings of reward points to put toward future purchases. Its liabilities grew, as it was forced to set aside more provisions to cover the points. Rakuten's credit card business and other financial services also hurt its operating cash flow as lending grew.

Now consider this: Japan's big three carriers have demonstrated that the mobile business virtually guarantees a steady stream of cash. All three have logged about 1 trillion yen the past three years. SoftBank uses its steady inflow of mobile fees to service its debt and help fund big global investments. NTT Docomo and KDDI have been generating a few hundred billion yen of free cash flow each year, adding to their stockpiles.

Mobile subscribers pay fixed amounts every month, and thanks to the spread of data-gobbling smartphones, the payments have increased in recent years. And unlike, say, electricity or gas, mobile phone usage does not fluctuate with the seasons. As long as you attract a certain number of customers, you always have a certain guarantee of revenue.

Rakuten needs this inflow to boost its e-commerce business. It wants this to remain its core, but it is struggling to fend off the formidable Amazon. It could use the money to hand out still more points as well as explore new opportunities, such as launching a flea market app.

Although investors were not convinced about Rakuten's prospects, they did see the potential for it to hurt the industry leaders. The stocks of NTT Docomo, KDDI and SoftBank all dropped nearly 3% on Dec. 14, wiping out 950 billion yen worth of market capitalization. Including Rakuten's fall, the four lost over 1 trillion yen in a single day.

ALL IN, EVENTUALLY Rakuten is not venturing into the wireless game with half measures. Its plan is to become a full-fledged mobile carrier with its own spectrum rights and infrastructure -- not just a discount player that piggybacks on other companies' networks. The ambitious plan comes with steep challenges.

One is the enormous cost. The industry is shifting to fifth-generation, or 5G, technology -- networks that could download a two-hour movie in three seconds. Rakuten plans to borrow 200 billion yen by 2019 and up to 600 billion yen by 2025, and even these figures might not be enough.

Another issue is frequency availability. Rakuten is expected to use a band to be vacated by Japan's Ministry of Defense. But this will happen in stages, with several prefectures scheduled to open up only in 2022. Rakuten's mobile service will not be nationwide in time for the 2020 Tokyo Olympics.

All of this has left many market watchers puzzled. "Why now?" asked Fumio Matsumoto, a senior fund manager at Dalton Capital (Japan).

In a Dec. 14 report to investors, Tetsuro Tsusaka of Morgan Stanley MUFG Securities described the move as "high risk," pointing out that no latecomer to the industry has ever succeeded. Tsusaka also cited the time and cost of building a network of base stations.

"This move may negatively affect the rating of [Rakuten]," the Japan Credit Rating Agency said on the same day. It noted that the domestic mobile phone penetration rate is already over 100%, and with the shift from feature phones to smartphones well underway, "it would not be easy to enter [the mobile phone] business and secure earnings."

In a telephone briefing with analysts on Dec. 14, Rakuten Executive Vice President Yoshihisa Yamada said the company fully intends to make a profit on the mobile business. But one could read between the lines -- he did not say the business is envisioned as a major earnings source.

Rakuten's real goal is to maintain and expand the scope of its business, and to do this it needs a stable cash flow. Seen in this light, the plan might just make sense after all.