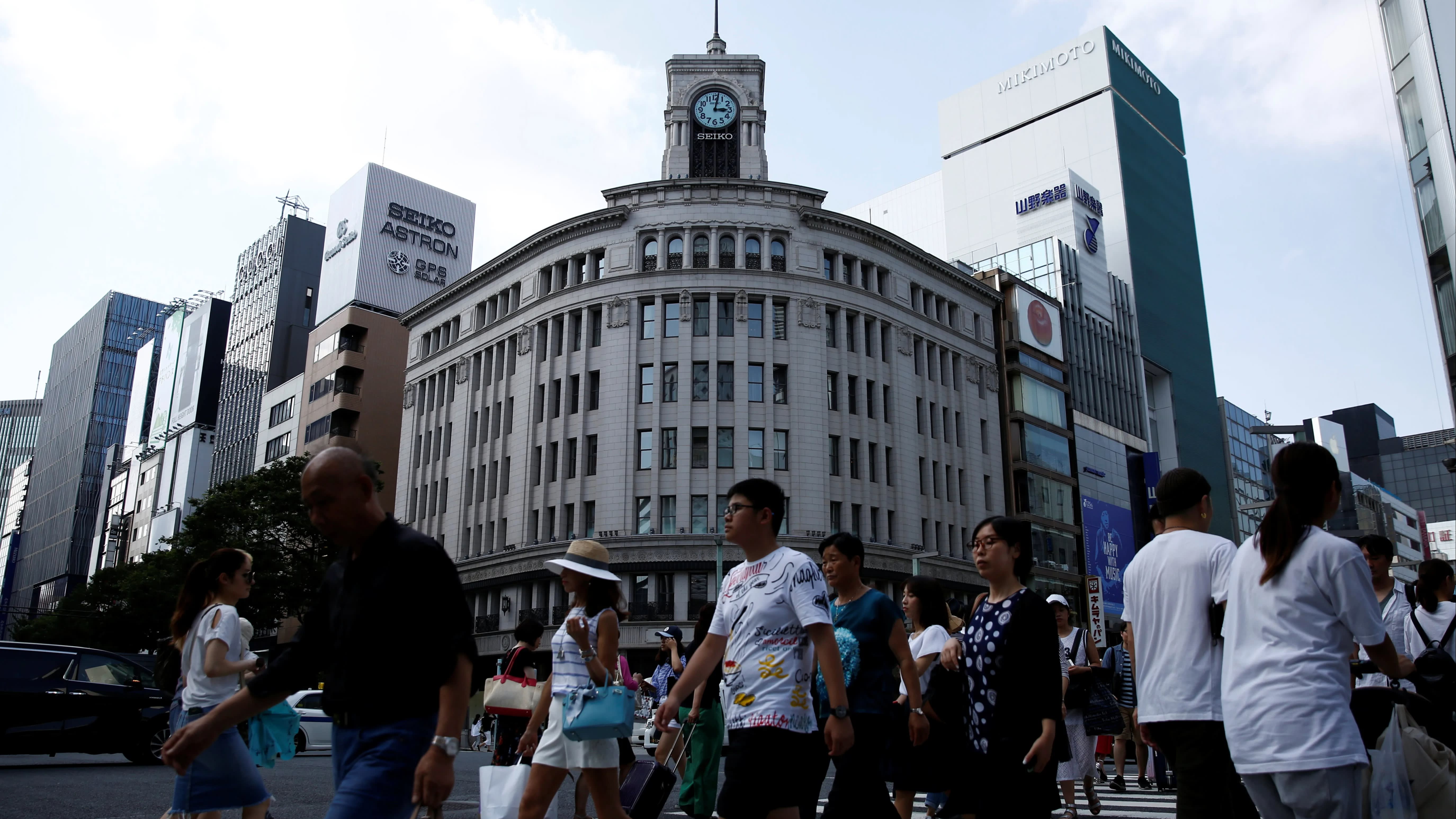 Foreign tourists are not only adding to the energy of popular neighborhoods like Tokyo's Ginza district, their presence is also helping to push up land prices as hoteliers and other business operators rush to buy up prime locations.   © Reuters
July 1, 2019 21:19 JST | Japan
CopyCopied

Brisk demand for hotels and offices pushed up prices by 1.3 percent on average as of Jan. 1, against a year earlier, but the gap between urban and rural areas continued to widen.

Land prices climbed in 19 of the 47 prefectures, including Tokyo, which will host the Olympics and Paralympics next year, compared with 18 the previous year, the data showed.

However, prices dropped in 27 prefectures and remained flat in Hyogo.

The survey covered about 329,000 sites for calculation of inheritance and gift taxes for 2019.

By prefecture, Okinawa saw the steepest rise of 8.3 percent backed by robust demand for tourism centered on Naha, followed by Tokyo at 4.9 percent and Miyagi -- where redevelopment projects have been implemented around Sendai Station -- at 4.4 percent.

Land prices in Ishikawa and Oita prefectures rose for the first time in 27 years.

A plot in Tokyo's Ginza shopping district, in front of Kyukyodo stationery store, fetched a record 45.6 million yen ($422,000) per square meter, making it the most expensive piece of land in the country for the 34th straight year.

It was the third consecutive year the plot's price exceeded the 36.5 million yen it recorded in 1992, the last year land prices felt the effects of the "bubble economy" asset inflation that started in the late 1980s.

The site logging the sharpest price gain in the country for the fifth straight year was the Niseko Kogen Hirafusen street in the town of Kutchan, Hokkaido, a high-end ski resort, with the price jumping 50 percent due to strong demand for accommodation from overseas visitors amid a tourism boom.

"Considering the planned extension of a shinkansen bullet train line and an expressway, many developers are apparently making initial investments," said Kazunori Abe, chief of the Kutchan chamber of commerce.

However, the price of properties and buildings along the Hirafusen street is out of reach of domestic developers, according to Takeya Saito, deputy head of the Hokkaido Association of Real Estate Appraisers.

"Unless there are major fluctuations of foreign exchange rates or other global issues, the upward trend (of land prices in the area) is expected to continue for a while," Saito said.

The trend of redevelopment in Japan is expected to continue beyond the upcoming Tokyo Olympics due to other international events and infrastructure upgrade, notably the 2025 World Exposition in Osaka and the opening of high-speed maglev train service between Tokyo and Nagoya scheduled for 2027.

But critics warn of oversupply in the near future.

"With regard to hotels, the volume of supply will surpass an increase of (demand by) inbound tourists. (Profitability) will depend on their locations and the content of services," said an official of the real estate service firm CBRE K.K.

Areas outside the metropolitan region which are booming with the redevelopment rush include Nagoya's Sakae district, Toyama, and Fukuoka.

Land designated as evacuation zones in parts of Fukushima Prefecture following the 2011 nuclear disaster continued to show no value in the report.