Chipmaker assembles team of more than 200 partners to challenge rivals 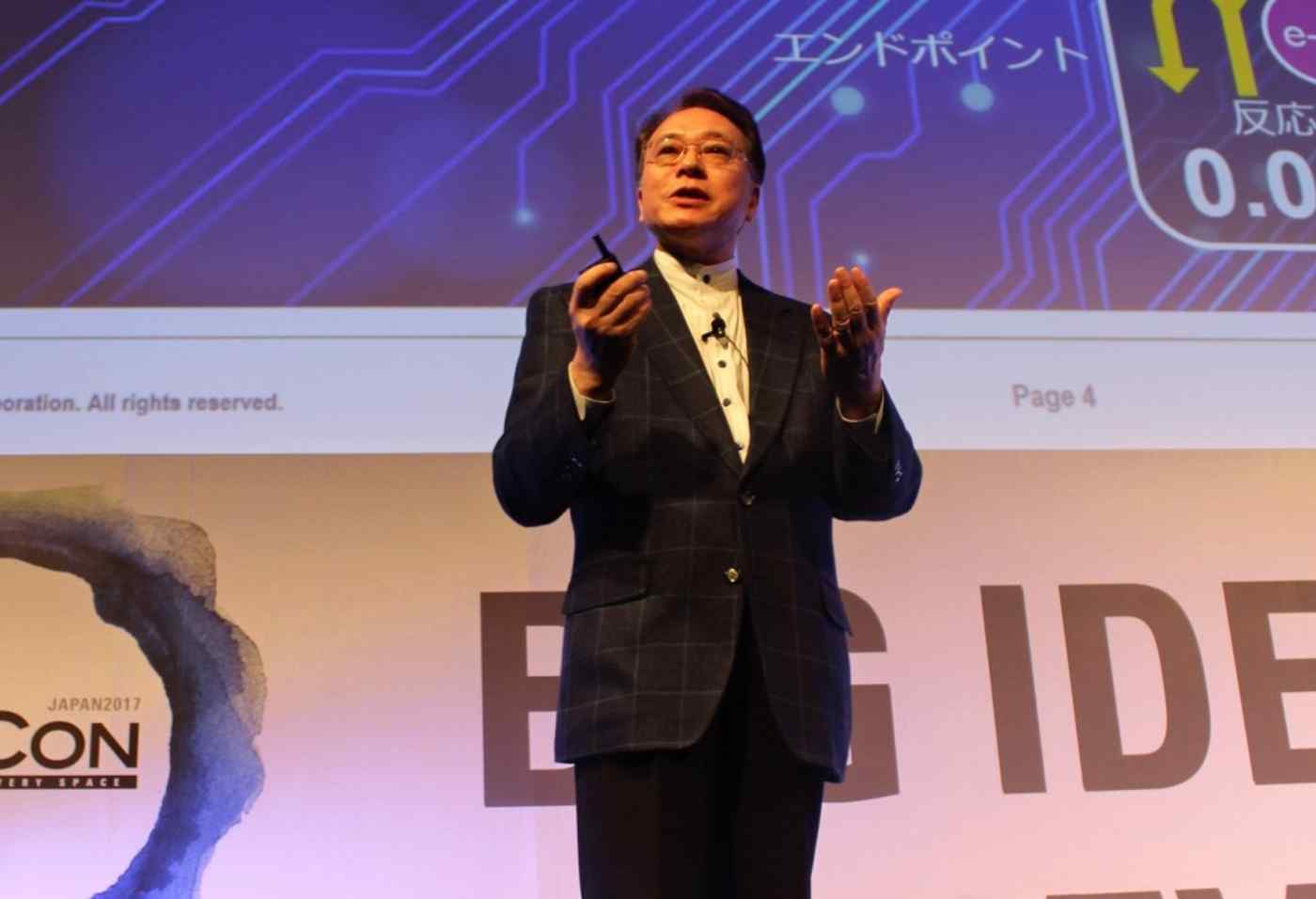 TOKYO -- Having overcome the devastation from the March 2011 earthquake and tsunami, chipmaker Renesas Electronics is now looking to achieve further growth by facing up to powerful rivals in a team effort aimed at developing highly dependable autonomous driving technology.

"It is difficult to survive on our own," President Bunsei Kure said Tuesday in his keynote speech at the company's biennial DevCon Japan trade fair in Tokyo. "We want to work with you, our partners, to make sure there will be a chipmaker left in Japan that can supply the brains of automobiles."

Toward that goal, Renesas created the R-Car Consortium, where engineers from more than 200 entities, including research institutions and software and system developers from Japan, the U.S., Europe, China and South Korea, have been developing technologies for autonomous driving. A fully autonomous vehicle Renesas has premiered in Japan is a product of the alliance's combined expertise.

The company's strongest selling point is its chips' "reliability that will allow automobiles to continue operating in any environment," Kure said.

Its solid basic designs can prevent chip malfunctions. Even if some problems do emerge, Renesas' autonomous driving systems will immediately stop the vehicle to prevent an accident. Cybersecurity, a concern especially for internet-connected cars, is another area in which Renesas has an edge.

After the March 2011 destruction of production facilities pushed Renesas into a business crisis, the company has worked to improve earnings by selling factories and shedding staff. It has withdrawn from businesses where orders fluctuate widely, like chips for video game consoles and smartphones.

The company is now focusing on fields that reward reliability, Kure says. Renesas has purchased Intersil of the U.S., which is strong in power management chips for industrial machinery, for around $3.2 billion. It is also urgently cultivating businesses in health care and production equipment.

Renesas considers autonomous driving the key battleground as chip titans step up acquisitions in the field. Qualcomm, which has become the de-facto standard for smartphone chips, has bought Dutch company NXP Semiconductors -- the global leader in automotive semiconductors -- for $47 billion. Intel -- dominant in central processing units -- is pursuing autonomous driving technology through a $15.3 billion purchase of Israeli specialist Mobileye.