Chiba facility, slated to open in 2023, will utilize AI and robots 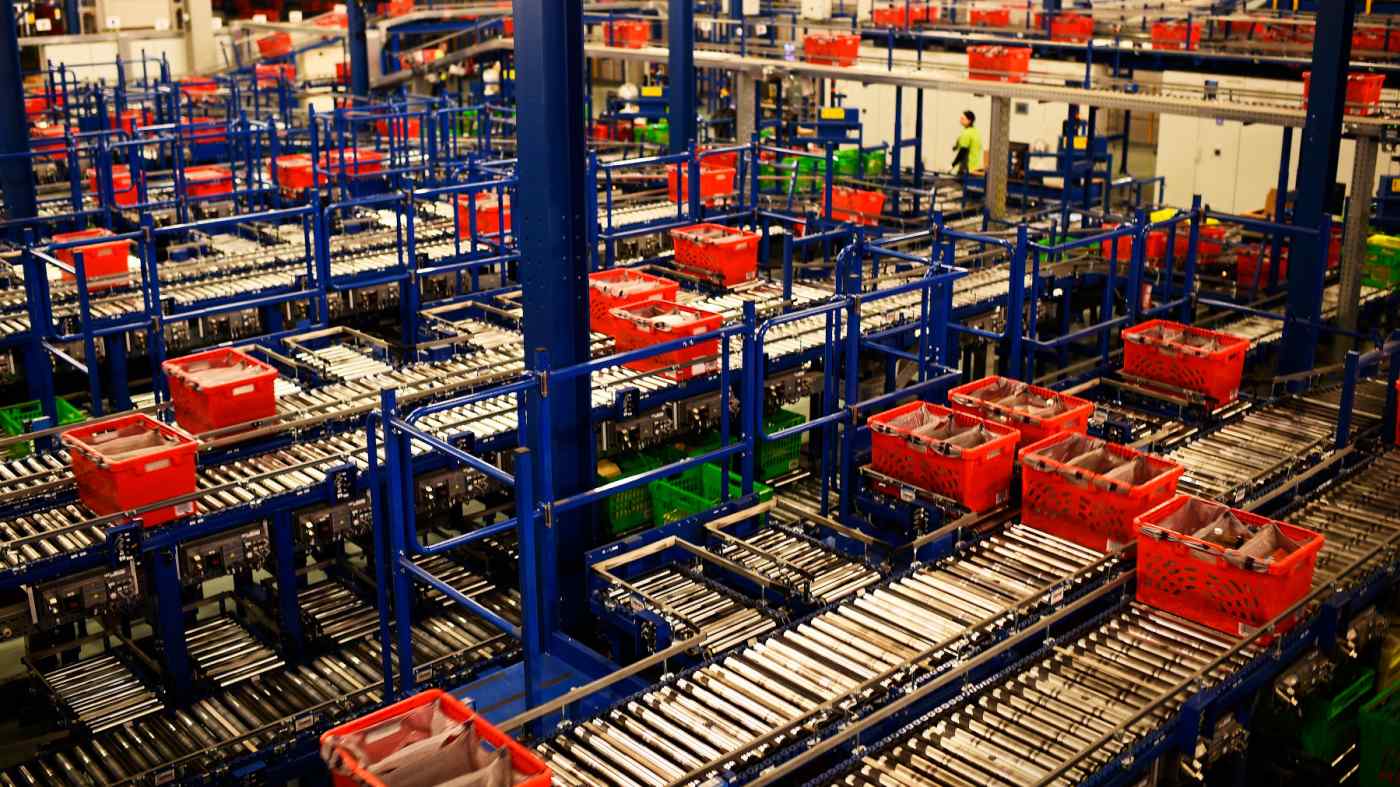 Aeon will join forces with Ocado to construct the automated warehouse by using the British online supermarket's expertise to build an advanced logistics system. The warehouse will be ready in 2023, the sources said. Going online is a key pillar of growth for Aeon.

The coronavirus pandemic has spurred development in online retail after major cities throughout the world were locked down earlier this year. The online offerings by Aeon and its domestic peers still use store staff to pick and pack goods in existing physical stores for delivery of online orders.

Retailers in the West have been faster to develop online capabilities. U.S. retail giant Walmart began operating a new system in January that picked and delivered items through its automated warehouses using robots.

Aeon's warehouse will be built on the former site of a farm owned by Meiji University in Chiba City. Construction will commence in 2021. Aeon has not disclosed how much it will invest in the project. 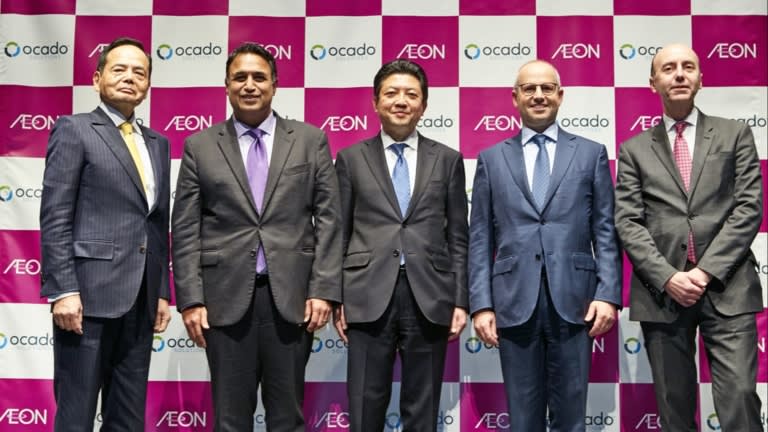 Officials from Japanese retail group Aeon and British online supermarket Ocado at a press conference in November announcing their alliance.

Aeon formed a business alliance with Ocado in November 2019 and has set up a new company to promote this collaboration. Ocado is an entirely online operation that sells its own branded groceries and sundries and will also begin carrying Marks and Spencer's goods from September.

Aeon has plans to eventually open more of these warehouses throughout the country. It hopes to boost its annual online supermarket sales to 600 billion yen ($5.7 billion) in 2030, compared with several tens of billions of yen in 2019.

Aeon Retail, an Aeon group company, saw the number of new members surging nearly fourfold between March and July from a year earlier, in large part due to the pandemic.