Group will continue to offer customer credits despite clampdown on microloans: chairman 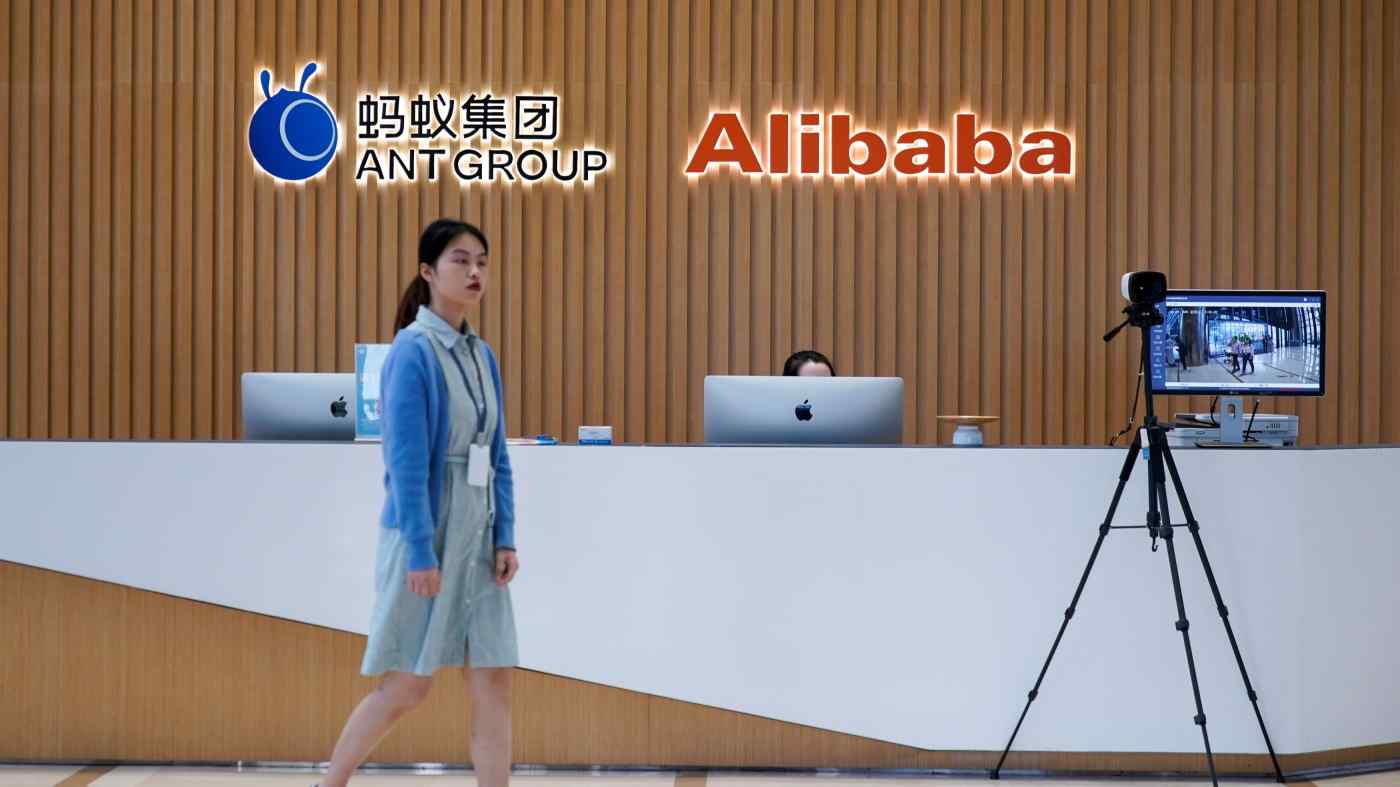 The abrupt halt of the much-anticipated listing of Ant Group, of which Alibaba Group Holding holds a one-third stake, has cast a shadow over the e-commerce company's outlook.   © Reuters
NIKKI SUN, Nikkei staff writerNovember 5, 2020 14:19 JSTUpdated on November 5, 2020 23:02 JST | China
CopyCopied

HONG KONG -- Alibaba Group Holding, China's largest e-commerce company, shrugged off concerns over the last-minute suspension of the highly anticipated listing of affiliate Ant Group with another quarter of strong earnings growth, as the online shopping momentum amid the coronavirus pandemic continues.

But analysts say strong regulatory signals from Beijing about reining in online lending could harm e-commerce transaction volumes, as well as Alibaba's bottom line where it records profits from its one-third ownership of Ant.

Ant was expected to list in Shanghai and Hong Kong this week, but the initial public offering was unexpectedly suspended after top Ant executives and controlling shareholder Jack Ma were summoned to a meeting with Chinese regulators on Monday.

"As Ant Group's major shareholder, Alibaba is actively evaluating the impact on our business in response to the recent proposed change in the fintech regulatory environment and will take appropriate measures accordingly," Daniel Zhang, CEO and chairman of Alibaba, said in a conference call on Thursday.

Despite the tightened regulations on online microloans, Zhang said Alibaba will continue to provide multiple payment methods for customers including credit-based options.

The company added 15 million new annual active customers to its e-commerce platforms during the period, bringing the total to 757 million, though the number of new customers is lower than the previous quarter when it added 26 million customers.

In the first nine months of the year, online retail transactions in China grew 9.7% from the same period a year earlier, with sales of goods rising 15.3%, according to the country's National Bureau of Statistics. Goods sold online now account for roughly a quarter of the nation's total retail sales.

Alibaba's cloud computing revenue grew 60% in the quarter to 14.9 billion yuan thanks to the accelerated digitalization trend of Chinese companies. Its logistics services unit Cainiao reported 73% revenue growth. But both segments are still posting a loss.

However, the abrupt halt of the much-anticipated listing of Ant has cast a shadow over the e-commerce group's outlook.

As an investor in Ant, Alibaba's financial performance might be affected if the fintech company's valuation declines. "We would expect a depressed valuation for Ant as additional registered capital is added," Morningstar analyst Chelsey Tam said in a research note following Ant's IPO suspension.

"Ant Group is part of virtually every transaction within Alibaba," said Jeffrey Towson, an online lecturer on China's digital sector and a private equity investor.

Ant's flagship payment application Alipay now has more than 1 billion users globally. Alipay also has been an important portal for Alibaba to promote new businesses, such as food delivery platform Ele.me and Cainiao. It also helps to collect data for the Alibaba ecosystem from both online and offline services.

While Towson believes "delaying an IPO doesn't change Alibaba," he raised concerns over the potential impact on Alibaba's businesses from the government's tightening regulations on online lending.

Ant has grown into an important financial services provider that offers consumer and supplier credit for e-commerce. "There is an overlap of small businesses that borrow through Ant that are merchants of Alibaba's platforms," Morningstar analysts said in a separate note.

But lending via online platforms is coming under increasing regulatory pressure. Draft rules published by the People's Bank of China and the banking regulator call for internet platforms to fund no less than 30% of total loans themselves, compared with Ant's 2% now.

"Government limitations on the use of credit would impact Taobao and Tmall directly," Towson said, referring to Alibaba's two major online retail platforms.