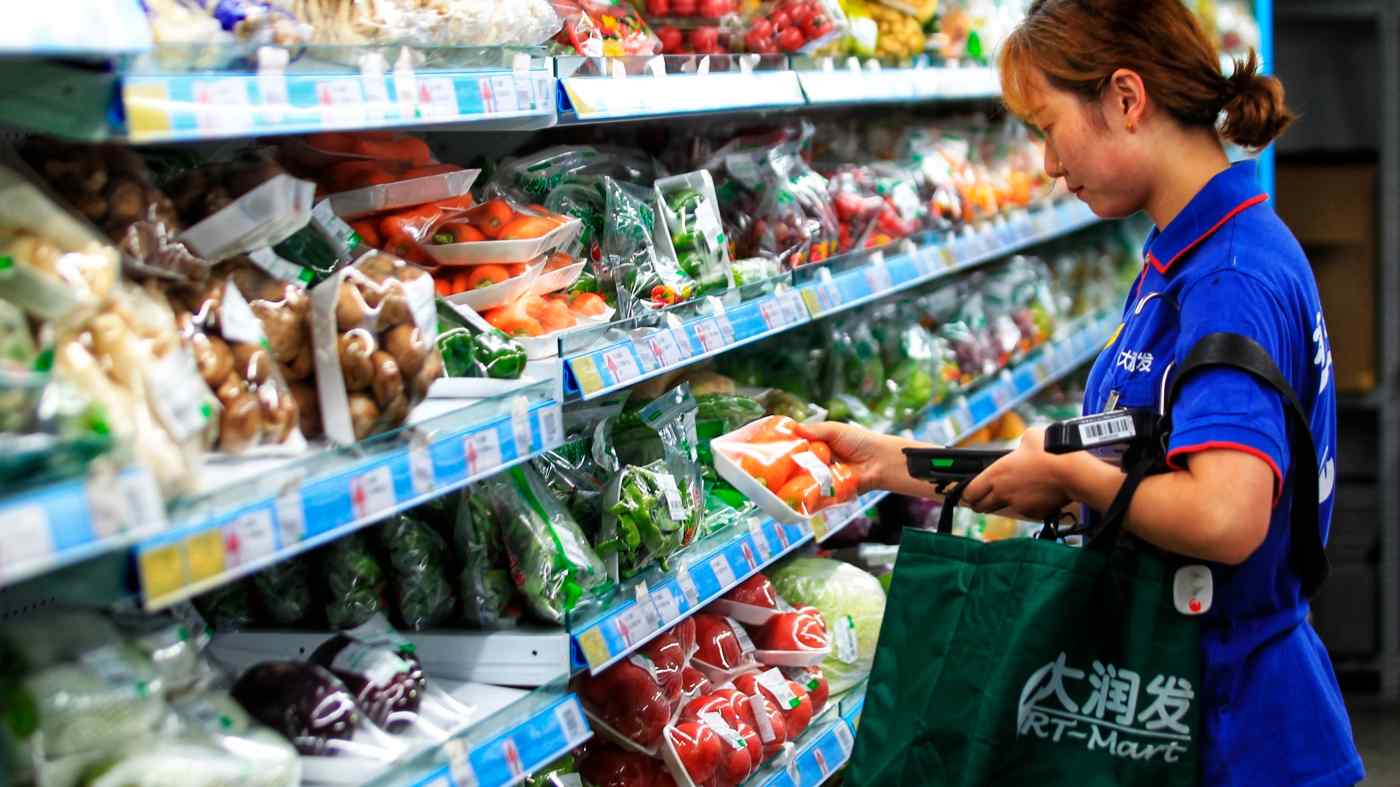 Since Alibaba’s first investment in 2017, it has integrated Sun Art’s RT-Mart and Auchan chains into its internet platforms so that online grocery orders can be filled quickly.   © AP
NIKKI SUN, Nikki staff writerOctober 19, 2020 11:39 JSTUpdated on October 19, 2020 17:53 JST | China
CopyCopied

Alibaba will purchase a 70.9% stake in A-RT Retail, which controls a 51% equity interest in Sun Art, from Auchan Retail for 28 billion Hong Kong dollars ($3.6 billion). The deal will raise Alibaba's indirect and direct stake in the hypermarket chain to about 72%.

Auchan will no longer hold a stake in the group it formed with Taiwanese partner Ruentex Group 20 years ago in China. After the deal is closed, Alibaba said it will consolidate Sun Art into its financial statements.

Sun Art is among China's largest offline hypermarket operators, with 486 outlets in the country under the names Auchan and RT-Mart.

In 2017, Alibaba first invested in Sun Art by acquiring a 36.17% stake from Ruentex for about $2.86 billion, effectively making the e-commerce company's control equal to that of Auchan, which had a 36.18% stake.

The investment was part of Alibaba's "new retail" strategy, which seeks to integrate online and offline channels, under the leadership of now-CEO and Chairman Daniel Zhang.

The pandemic has revealed enormous potential for online retail, particularly in the grocery sector, and Alibaba is stepping up its expansion.

"As the COVID-19 pandemic is accelerating the digitization of consumer lifestyles and enterprise operations, this commitment to Sun Art serves to strengthen our new retail vision and serve more consumers with a fully integrated experience," Zhang said in a statement.

Over the past three years since its initial investment in Sun Art, Alibaba has integrated all the physical outlets of the hypermarket chain to its online platforms. This means that the stores' inventories have been made available for customers who buy through Alibaba's Tmall Supermarket, Taoxianda, and Ele.me platforms, reducing delivery time to as little as one hour.

"It is inevitable that e-commerce players will ramp up efforts on supply chain upgrades," Law said in a report on Monday. "We are positive on long-term growth if deepened cooperation and further integration occurs."

Alibaba has expanded its physical store network through other acquisitions and new chains, including supermarket group Freshippo, also known as Hema. Alibaba opened the first Freshippo in 2016 in Shanghai and some 200 more have followed, mostly in the country's largest cities.

Unlike Sun Art's stores which targets the mass market, Freshippo outlets put more emphasis on high-end and imported products, such as live lobsters and crabs. Alibaba recently launched member-exclusive Freshippo stores to further differentiate the chain from its rivals.

Under the rules of the Hong Kong Stock Exchange, Alibaba will be required to extend a mandatory unconditional general offer in cash for all Sun Art shares that are not already held by the group, or HK$8.10 a share. Alibaba could pay up to another HK$17 billion if other shareholders agree to sell their holdings.