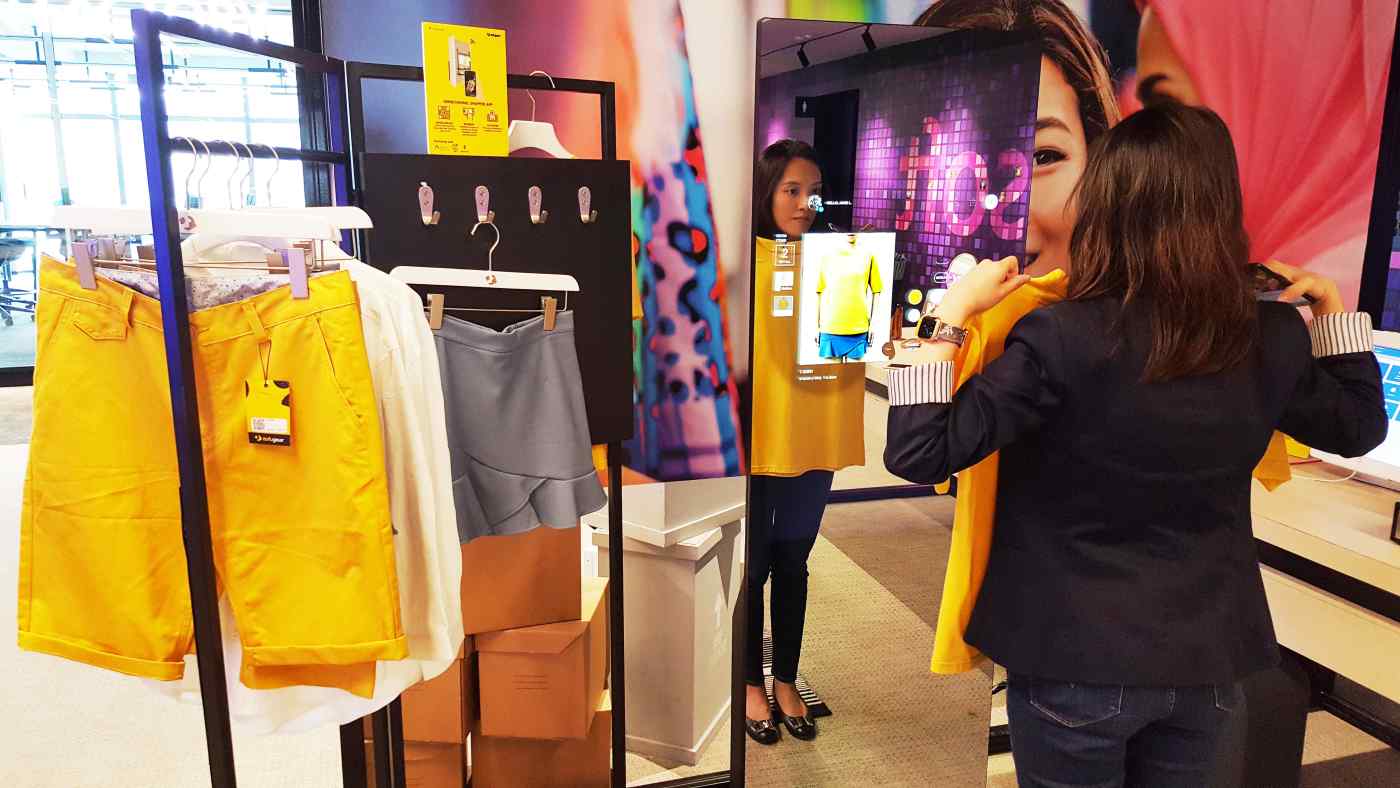 SINGAPORE -- Tucked inside Singapore's University of Technology and Design is a convenience store where customers can grab what they want and leave without interacting with any staff or even a self-service checkout.

Named Pick and Go, the store uses a suite of AI-powered cameras and sensors to track people and items as they exit the store, deducting the cost of the goods from funds deposted in pre-registered customer accounts.

"Once you're done with your shopping, you can actually just walk out of the store directly, and you do not have to do any other steps," Pick and Go director Alex Ng told the Nikkei Asian Review.

One of a clutch of Asian retailers using AI to help stand out from the crowd, a study by software giant Microsoft and market intelligence firm IDC released this week found that 67% of retailers across the Asia-Pacific have failed to integrate AI into their business models.

Based on a survey of 218 retail executives last year across 15 markets, including China, Japan, South Korea, Singapore, Thailand and Vietnam, 23% of respondents said they had not even considered using AI as part of their strategy.

“Awareness is definitely key," said Raj Raguneethan, Microsoft Asia's regional business lead for retail and consumer goods, who helped to oversee the study. "The maturity of AI, maybe there is a perception that it’s not matured or not leveraged."

Only 44% of those surveyed said they were waiting for AI to mature before making it part of business plans at some point in future, while 33% said they had started to experiment with or have adopted AI into operations.

According to Raguneethan, other sectors have embraced AI more rapidly, with 41% of manufacturing organizations in the region reporting some degree of AI integration, 52% of companies in the financial services sector.

In the retail scene, east Asia is leading Southeast Asia among businesses that have embraced AI. According to China's State Council, the AI industry is expected to be worth around 1 trillion yuan (over $140 billion) by 2030.

"If you look at China, it's in a different speed altogether. They are probably leading when it comes to retail and innovation," said Raguneethan said. "(In Southeast Asia) I see a lot of traction and retailers are starting to embark on transformation but, for sure, if you compare to China for example, greater China, China region, this region is behind."

While 71% of retail bosses said they saw AI as being instrumental to business competitiveness over the next three years, the study also found a lack of leadership commitment to actually invest in AI.

"If the leader in the organization does not incorporate data metrics into their day-to-day follow-up with their people who are on the ground, then the people on the ground will not actually adopt or make use of this technology for their decision-making," said Allen Lin, Chief Executive of tech solutions startup Trakomatic.

Still, like Singapore's Pick and Go, a handful of retailers in Southeast Asia have taken the leap of faith.

"Combining the in-store consumer behavior with transactional data will give us a complete 360-degree view of our customers and help us personalize our offerings," said Hitesh Bharwani, Kanmo's Group Managing Director.

Capillary is also working with companies in Malaysia and Singapore to deliver AI-powered business results.

One problem for many retailers is that they lack the resources to invest in AI, said Su Lian Jye, Principal Analyst at technology analysis firm ABI Research. "Cost is definitely a key hurdle."

With margins for brick-and-mortar retailers getting squeezed by online retailers, heavy investment in AI solutions can be a hard pill to swallow, particularly when return on investment is not that obvious, Su explained.

Su estimates that it may take another five to 10 years before AI greater traction among retailers in Southeast Asia. "Self-checkout counters which are very prevalent in countries like Australia and the U.S. only made their way into Singapore a good five years later."

"Here we are talking about AI that requires a lot more technical know-how and good quality data. Hence I am a bit more conservative," he added.