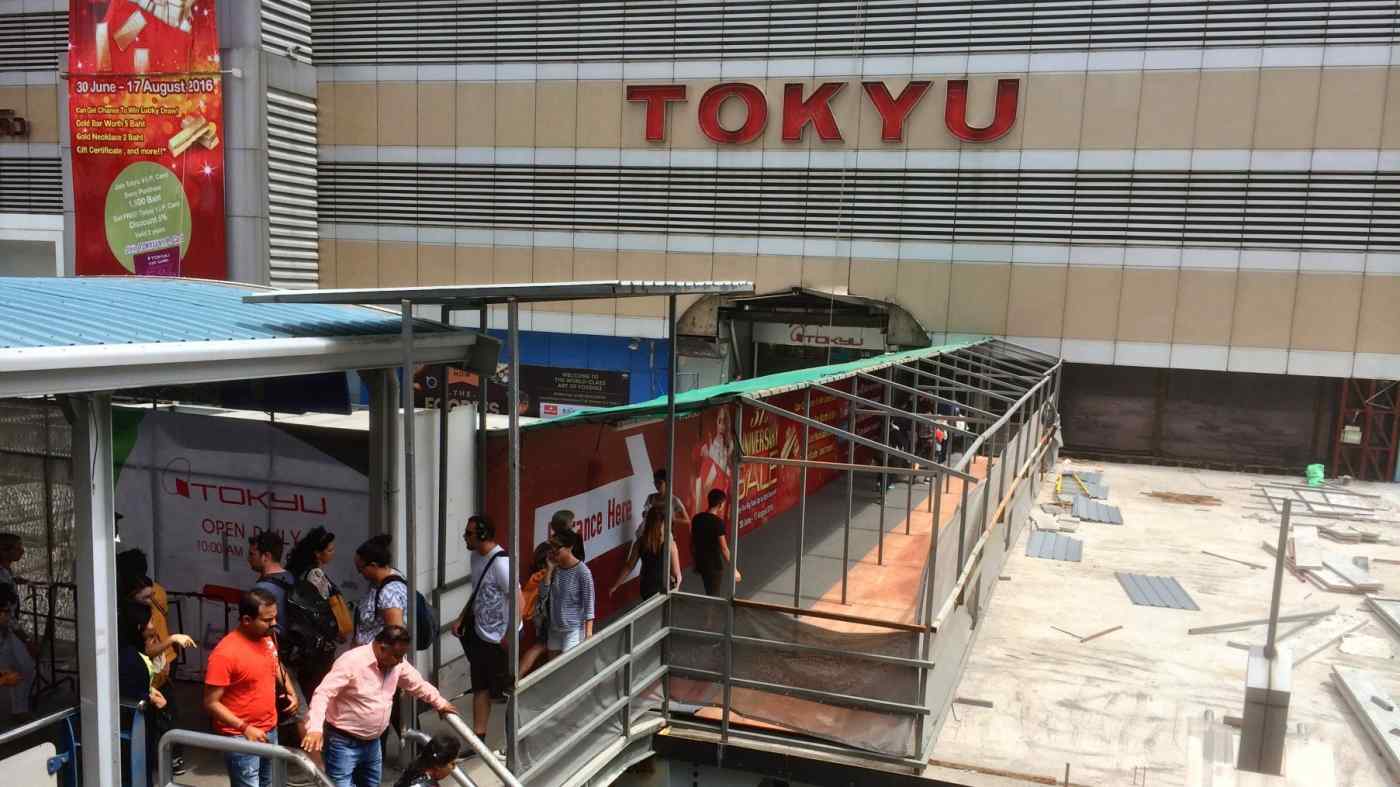 BANGKOK -- Japan's Tokyu Department Store plans to close its Bangkok location after a string of difficulties, Nikkei learned Tuesday, with a lack of tourist traffic the last straw.

The store at the MBK Center shopping mall will shut its doors forever in late January. Following the 2019 closing of another Thai location, this essentially means that the retailer is leaving the country.

Tokyu Department Store, part of the Tokyo-listed Tokyu group, becomes the latest Japanese retailer to pull out of Thailand. Isetan Mitsukoshi Holdings shut down its Bangkok department store this August. Convenience store chain FamilyMart mounted a retreat in all but name this year.

But a strong baht last year weighed on tourism from nearby countries. Meanwhile, competition has mounted in Bangkok from a series of shopping center developments.

The final nail in the coffin came from COVID-19 and Thailand's resulting entry restrictions.

Tokyu's departure will leave Takashimaya, which arrived in 2018, as the only Japanese department store operator left in Thailand.