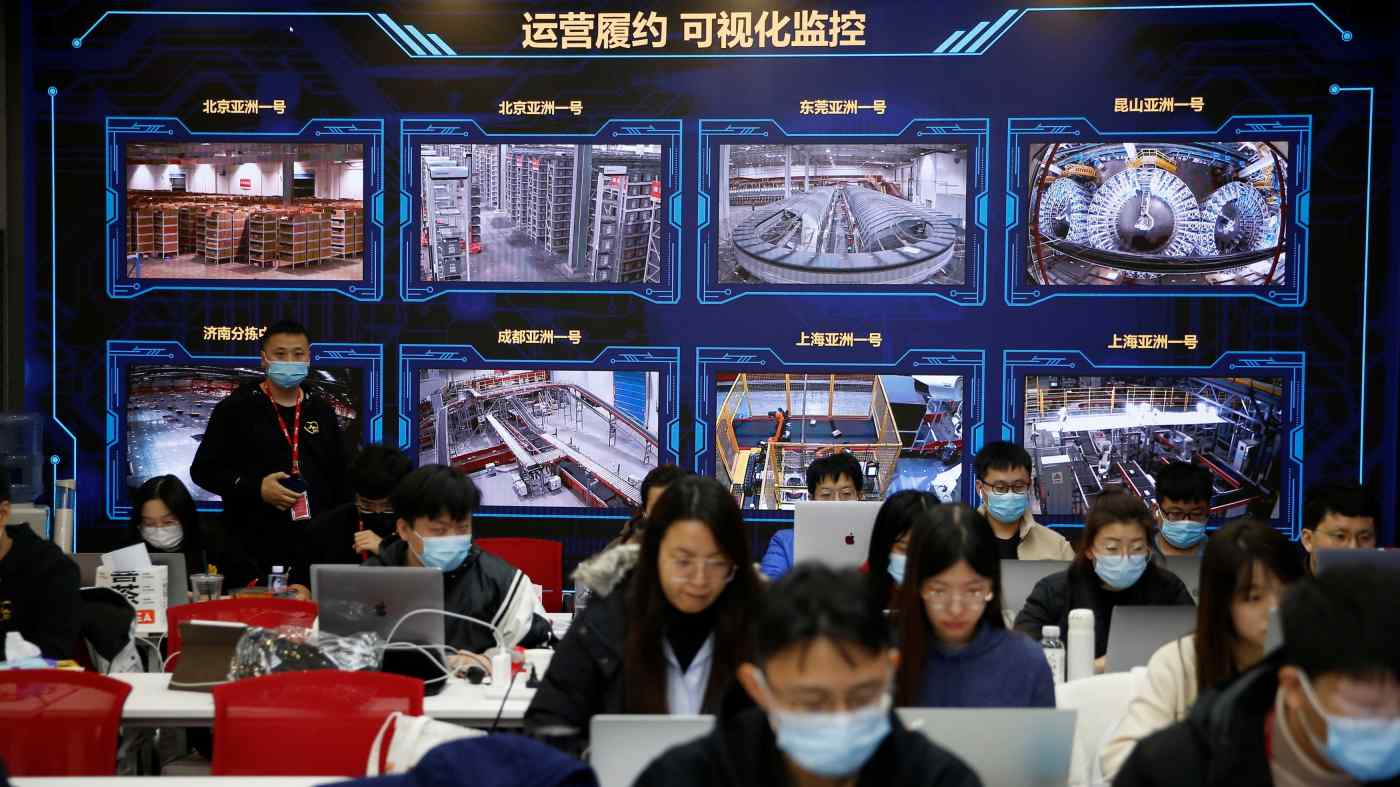 Beijing's crackdown on the tech sector over the past year has been particularly hard on Alibaba, forcing the company to abandon its practice of demanding that vendors list products on its platforms exclusively as well as requiring it to begin accepting more alternative forms of payment to its Alipay service. Competition regulators fined the company 18 billion yuan ($2.81 billion) in April.

Alibaba nonetheless posted a record for sales on its platform across the 11-day event, saying as it wrapped up on Thursday that the total had reached 540.3 billion yuan ($84.54 billion), up 8.5% from last year.

But rival shopping platforms also enjoyed strong performances. JD.com and Pinduoduo have been among the biggest beneficiaries of Alibaba's loosened grip on e-commerce, and the rise of livestreaming has brought new players to the fore for this year's Nov. 11 Singles' Day sales, including video services Kuaishou and Douyin, the domestic version of ByteDance's TikTok app. 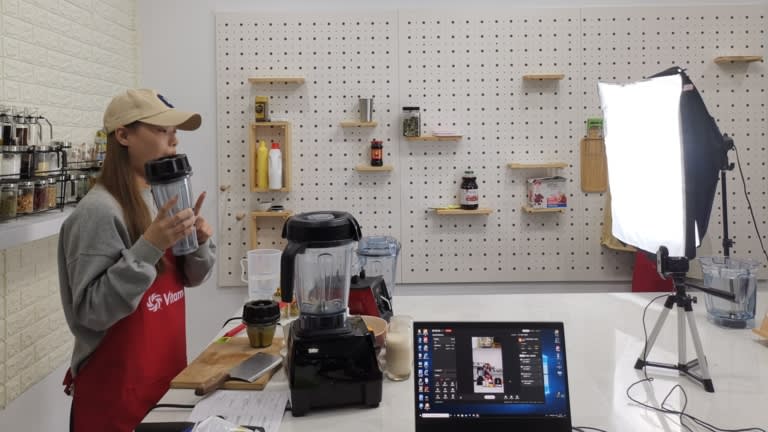 Since Singles' Day promotions started in mid-October, Beijing startup founder Yang Zichao has ordered fruit on Pinduoduo and books on JD.com, but nothing from Alibaba's Taobao, unlike in past years.

"Chinese consumers are getting more mature and more rational during Singles' Day because they now have choices from different platforms through different forms such as livestreaming," said Yang, 37.

Leading international and domestic cosmetics brands including Estee Lauder, Lancome, Florasis and Perfect Diary generated sales growth of less than 2% or even saw sales declines on Alibaba's Tmall platform during the July-September quarter, according to CITIC Securities, which said shoppers have been diverted to video apps.

According to a consumer survey last month by U.S. consulting firm AlixPartners, nearly every respondent planned to watch Singles' Day promotional livestreams, with three-quarters saying they would look at the videos during the presale period before Nov. 11.

Beijing office manager Jolin Zhou said she has spent more than 5,000 yuan on books and daily goods on Douyin in recent months, money she would previously have spent on Taobao or JD.com.

"Every time I think it would be a loss if I don't buy the stuff that the streamer is selling because the prices are so low," she said. "It also saves me time because the streamers are so convincing that I don't need to compare prices on different platforms."

Alibaba's lock on Chinese shoppers was already slipping before the crackdown. U.S. research company eMarketer projected in May that the company would take a 47.1% share of Chinese online retail sales this year, about 30 percentage points lower than it held five years ago.

EMarketer put JD.com's slice at 16.9% and Pinduoduo's at 13.2%. Dozens of clothing brands that previously stuck to Tmall have opened online shops on one or both of the rival platforms in recent months, taking advantage of discounted fees and other incentives. 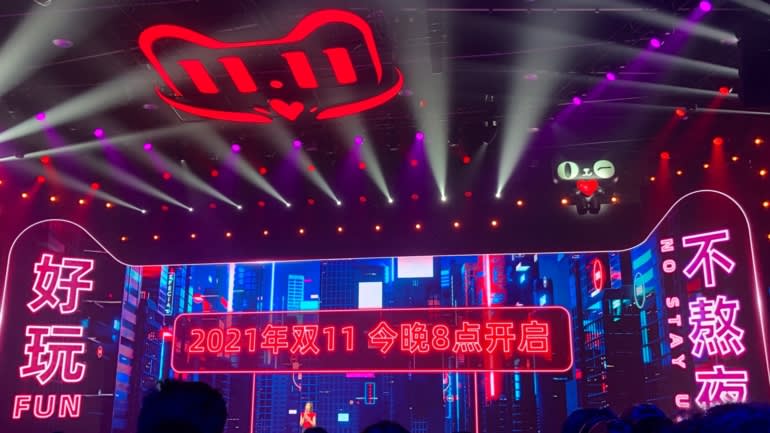 Alibaba has taken a gentler approach to Singles' Day this year, kicking off promotions at 8 p.m. instead of midnight, with a view toward not keeping shoppers up late. (Photo by Naoki Matsuda)

Still, at a preview event last month, Alibaba said it would feature a record 290,000 brands on its platforms this Singles' Day. The promotional season got off to a quick start as Tmall's top livestreamers, Li Jiaqi and Weiya, together racked up 19 billion yuan in gross sales on the first day of the promotions.

While Alibaba in previous years embraced unbridled consumerism, the company this year is stressing "sustainability" and making a smaller carbon footprint in line with Beijing's emphasis of "common prosperity" and slashing emissions.

Despite robust online growth, overall retail sales have been subdued this year, rising just 4.4% in September from a year earlier amid continuing COVID lockdowns and shaky consumer confidence. An analyst with a bank in Shanghai said that consumers are also borrowing less.

"Probably many of those who plan to buy some luxury goods are on a tight budget now," she said.

As part of its move to open up connections with rivals' services, Alibaba's Taobao recently added a feature that allows users to share the contents of their virtual "shopping cart" with connections on Tencent Holdings' WeChat messaging service.

Tencent, however, has not yet enabled the sharing to work, with one person familiar with the issue citing "privacy and user experience" concerns.